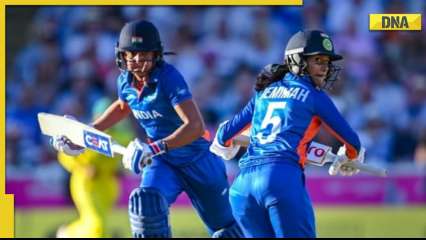 The Board of Control for Cricket in India (BCCI) on Wednesday announced a 15-man India squad led by Harmanpreet Kaur in the upcoming Women’s T20 Asia Cup, to be held October 1-15 in Sylhet, Bangladesh.

READ: Bowling and fielding standards must improve as they continue in the series: Rohit Sharma

Each team plays six games in the round-robin format. The top four teams will advance to the semi-finals, scheduled for October 13, before the title fight takes place on October 15.

India has recruited young right-handed batter Jemimah Rodrigues despite not taking part in the series against England due to a hand injury sustained in The Hundred competition while playing for the Northern Superchargers, with Harmanpreet revealing she is still at it. is in rehabilitation at the National Cricket Academy (NCA) in Bengaluru.

Of the squad that recently lost the T20I series in England 2-1, wicketkeeper batter Taniyaa Sapna Bhatia and pace all-rounder Simran Dil Bahadur have been moved to reserve players. Richa Ghosh, the young wicketkeeper batter, manages to keep her place in the squad after nodding Yastika Bhatia for the T20Is against England.

India has also retained all-rounder Dayalan Hemalatha, who made her international comeback after 2019, and power-hitter Kiran Navgire, who debuted in the format earlier this month, despite the duo failing to deliver a stellar performance on a tour of England.

READ: We were unable to properly execute on our plans, says Hardik Pandya after India’s loss to Australia in the 1st T20I

India is the most successful team in the history of the competition, having won six titles. The Women’s Asia Cup has been played in the T20 format since 2012, after it started in the ODI format.

In the last edition of the Women’s Asia Cup in 2018, India was rocked by Bangladesh in a thrilling final in Kuala Lumpur, finishing second.

Peter FitzSimons resigns as head of the Republican Movement