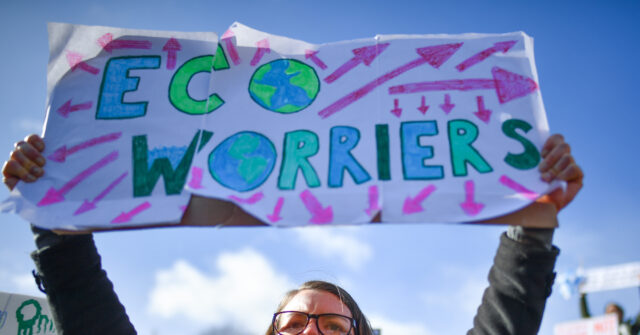 An individual carbon dioxide limit should be applied to each person to create a “planetary guardrail” in the effort to combat alleged human-induced climate change, a leading German scientist argued.

Hans Joachim Schellnhuber of the Potsdam Institute for Climate Impact Research (PIK) said this week that each person should have a limit of three tons of CO2 emissions per year and those who exceed their limit should be forced to pay for the pleasure.

In comments from Taagesschau, Schellnhuber said there were two competing property rights issues, namely the right to spend his money on high-emission activities and the rights of the rest of the population to “have a livable environment”. [in]”.

In a carbon credit-style scheme, those emitting more than the three-tonne limit by mid-century would have to privately buy credits from those below the limit, he suggested: “Everyone gets three tonnes of CO2 per years, but if you need more, you just have to buy it.

Currently, according to the news outlet, the average German is well above the limit proposed by Schellnhuber, as the average citizen produces ten tons of C02 emissions. Referring to the Paris World Inequality lab: there are some millionaires in the country who produce more than 100 tons of CO2 per year, and several thousand elites worldwide emit more than 2,000 tons per year.

Apart from not describing how he expects people to drastically reduce their CO2 emissions, the German scientist did not elaborate on exactly how this will be tracked and controlled.

Alibaba is developing a digital “individual carbon footprint tracker” to track the actions of the public, the company’s president announced Tuesday at the globalist World Economic Forum in Davos, Switzerland.

Ironically, given that thousands of private jets descend on the Swiss ski retreat at the annual meeting — which meets again next week — Evans continued that the tracker would ensure people are “incentivized to do the right thing, even if they got the chance to do the wrong thing.”

Following the release of a report this week on the future of the UK Conservative (Tory) government’s Net Zero agenda, which called for a ban on the sale of new gas boilers within ten years, Brexit leader Nigel Farage said the green movement will only serve to impoverish the citizens of the West while simultaneously enriching Communist China

“We are engaging in an act of self-harm,” the Brexiteer said said. “It won’t bring us any economic benefits, it will make everyone a lot poorer and yet the lemmings in parliament are driving us all to the economic abyss.”

“I can’t think of an issue in which the public and politicians are now more divided.”