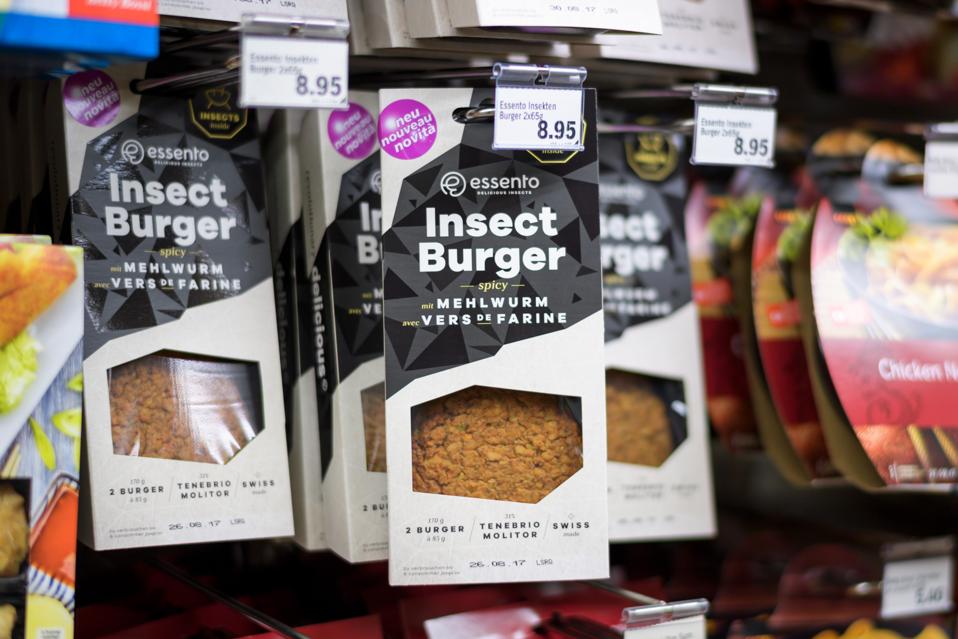 The yellow mealworm will soon appear on European menus, in bars, smoothies and burgers, after the EU decided they were safe for human consumption. This is just the first insect to hit supermarket shelves – the EU will likely approve more soon.

A subsection of it is based on insects, for human and animal consumption, but in the EU development has been delayed due to the ban on the sale of insects as food in most country.

The European Food Safety Authority (EFSA) today reported that mealworms are safe for human consumption. This is a watershed moment for the big companies that produce food containing insects that have lobbied the EU to allow consumption of these products in all European countries – they are currently sold in UK, Dutch, Belgian supermarkets. , Danish and Finnish because these countries have interpreted a 1997 Law more permissible than in other countries.

The 1997 law stipulated that any food that had not been consumed before that year had to be allowed as a ‘novel food’, but countries like the UK have decided that this law does not refer to animals used for food. food and could therefore sell these products.

The UN has been trying for a very long time to get people to eat more insects, since it released its report, Edible Insects, in 2013; many insiders believe this is one way to provide enough food for a growing population – insects are a great source of protein.

Mealworms provide the same protein, vitamins, and minerals as fish or meat, while grasshoppers have the same protein content as lean ground beef but less fat per gram. Harvesting insects generally uses much less land than pasture for cows, with lower greenhouse gas emissions.

More than 2.5 billion people regularly consume insects as part of their daily diet, but people in Western countries often regard the idea as “disgusting”.

The New York Times reported that this is due to environmental factors – Europe does not have large insects, not worth hunting for food, not like in equatorial regions. For this reason, Europeans never hunted or ate them.

However, the “yuk” factor is slowly receding. Bugs have been made cool by the best chefs; the National Geographic even reported that some chefs are fighting invasive species in the United States by cooking them to eat. Things like crudo lionfish (poisonous mollusks found in the waters around Louisiana) and pickled kudzu (a green vine imported from Japan in 1876, which can grow a foot a day in the southern United States).

And the market is only just beginning in the EU. The main players in the creation of insect-based foods for human consumption are Protifarm in the Netherlands, Micronutris in France (which led the, Essento in Switzerland and Entogourmet in Spain.

A report by the Food and Agriculture Organization of the United Nations titled How to Feed the World in 2050 indicates that a growing population and rising incomes now mean increased demand for proteins and plants, not just for food. human consumption, but also for the fish, poultry, pigs and livestock that people eat.

Last October, Ÿnsect, a French mealworm company, secured $ 372 million in funding to build the world’s largest insect farm – the company has now received more investment in total than the whole of the global insect protein sector has only raised to date ($ 425 million, some of which came from Robert Downey Jr.’s investment firm FootPrint Coalition). The 100,000 tonnes of mealworms they produce each year will be used to provide wet food for pets.

There are also many small startups on the scene, for example, the Exo Cricket protein bars in New York, Jimini’s in France, Bugsolutely out of Bangkok and Insnack in Berlin.

And if that seems overkill, like Thames reported, twenty years ago European consumers had a particular “yuck” factor around the idea of ​​eating raw fish and now sushi is everywhere.

The only people who might not get along with the new products are those who suffer from allergies to shrimp and mites; The Guardian indicated that they are likely to experience a reaction to Tenebrio molitor larvae, “Whether eaten as a powder as part of a recipe or as a crunchy snack, perhaps dipped in chocolate.”

Comfortable neighborhoods: in 12 of the most amazing cave hotels in the world

Winter in the Berkshires: Relax and Rejuvenate at the New Miraval Property

New London hotels to book for 2021

The Bharat Express News - January 19, 2021 0
Ogun State Police have arrested eight suspected cultists for the death of a man in the Ifo region of the state. Police said they made...