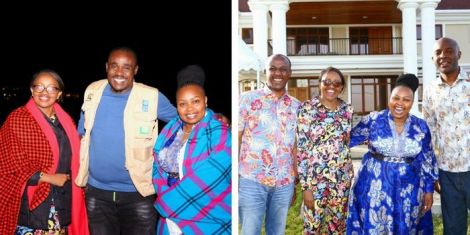 Politics in Kenya has always been associated with wealth and status and so politicians strive to show or work towards it.

From stylish SUVs to designer clothes and luxury mansions, it’s a fantasy that keeps their followers going about their daily business.

On Saturday, January 21, Nakuru Governor Susan Kihika hosted former senators with whom she served in the Third Senate at her residence in Nakuru, Ngata, as TBEN marveled at the opulence and state-of-the-art mansion she owns.

Through her statement on social media, she revealed that she received her colleagues at her home.

“Friends are relatives you make for yourself! Had a great afternoon hosting my good friends Senators from the 12th Parliament (2017-2022). Great friends and a great group of leaders,” she noted. 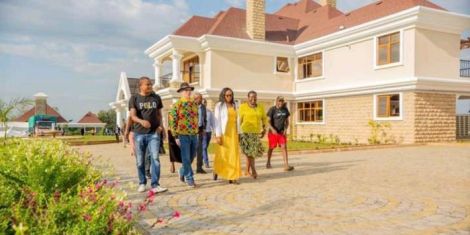 The mansion has a beautiful exterior decor that offers a feast for the eyes. It features a maroon roof, white walls and large windows. 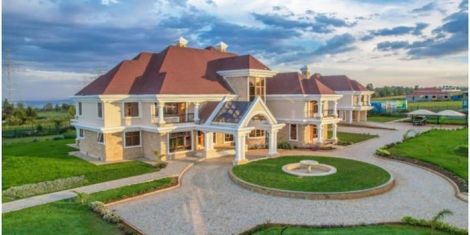 An image of the manicured and trimmed lawns and mansion in Ngata, Nakuru County.

Her residence has extensive grounds with well-kept green lawns giving it a picturesque view.

Being inside the compound cabro installed walkways connecting the main house to other houses. 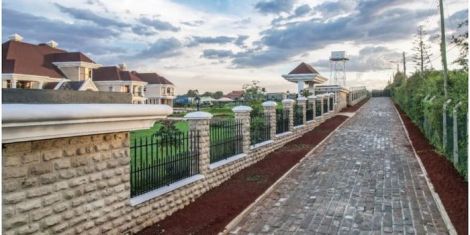 An image of the cabro-equipped entrance to Governor Kihika’s home in Ngata, Nakuru County.

Kihika has used her residence to host not only fellow politicians but also locals who crowd her home in Ngata to celebrate activities such as Christmas. 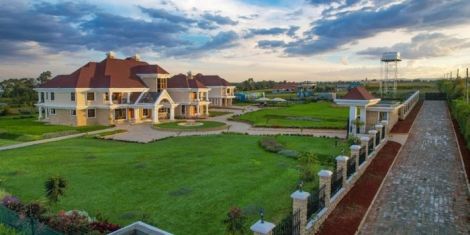 An image of the beautiful lawns surrounding Susan Kihika’s house.

The sidewalk leading to Kihika’s beautiful house is also made of concrete and next to it is a beautiful garden.

The house is also surrounded by a beautiful fence of concrete and vegetation. The expansive house also has beautiful light points all around. 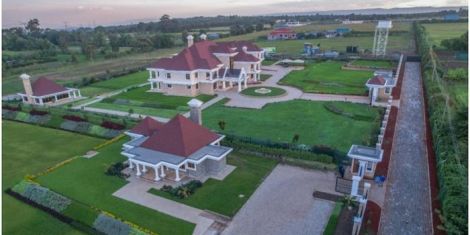 The breathtaking home also features a gazebo at the far end of the backyard. It has a chimney and apparently offers a great view of the landscape. 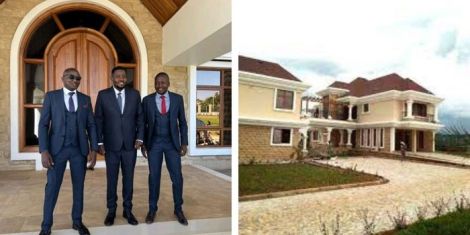 A collage of the entrance to Kihika’s mansion with husband Sam Mburu (center) receiving friends and the rear view of the mansion.

On November 7, Kihika married her long-time friend and businessman Sam Mburu in a colorful traditional wedding.

The ceremony took place at the farm of the Kihika family in Marmanet (Nyahururu) and was graced by President William Ruto. 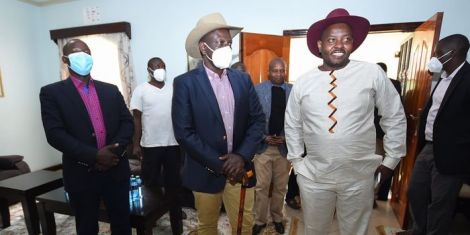 In the August 2022 election, Kihika won the gubernatorial race after garnering 440,707 votes.

Kihika contested under the UDA ticket, defeating her closest competitor and incumbent governor Lee Kinyanjui, who managed to garner 225,623 votes.

Governor Kihika is the daughter of the late powerful and wealthy politician Kihika Kimani who served as the Member of Parliament of Nakuru East.

Before joining the Senate in 2017, Kihika served as the first Speaker of the Nakuru County Assembly.