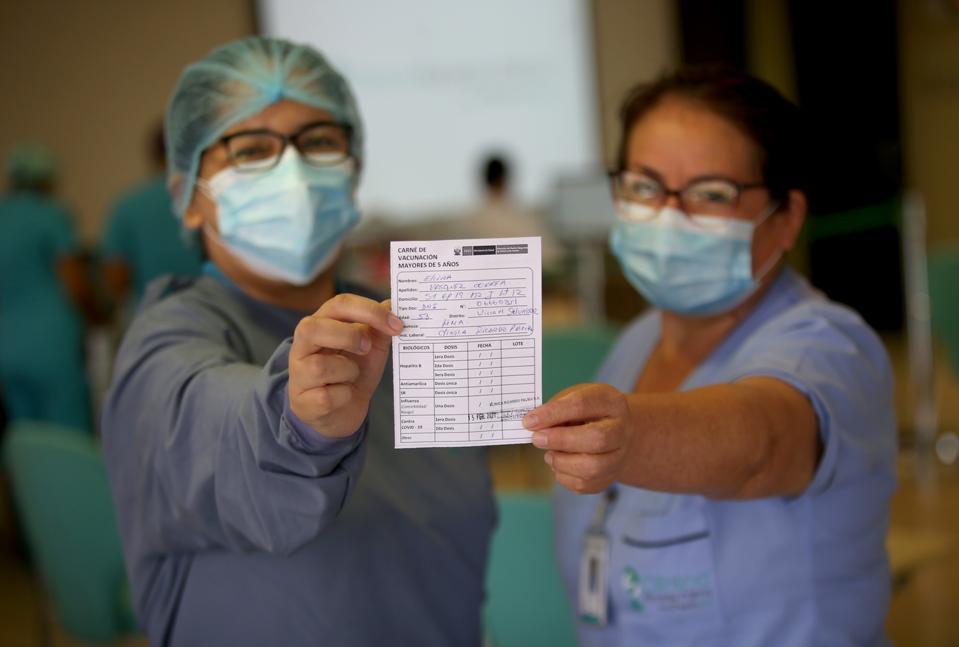 Armand Arton has long prophesied the death of the passport in the form of a paper booklet that we take with us. But his demise is likely to happen sooner, accelerated by the Covid-19 pandemic, he says, as the race to create the world’s first vaccine passport begins.

Iceland and Poland started issuing Covid-19 vaccine certificates last month. Denmark, Sweden and Estonia are on their heels, and Israel’s “green pass” will allow its holders to visit gyms and bars. The European race to develop a credible vaccine passport is intensifying, led by Greece.

“We call them certificates and not passports,” says Alex Patelis, chief economic adviser to Greek Prime Minister Kyriakos Mitsotakis, who called for a European certificate for people vaccinated against Covid-19.

“For countries like Greece, which depend on tourism, it is imperative that this issue be resolved before the summer season,” Mitsotakis wrote in a letter to European Commission President Ursula von der Leyen. The country is in desperate need of tourists: a fifth of the country’s GDP comes from tourism and its economy contracted by 11.6% last year after a particularly slow summer season.

Greece’s vaccination certificate project shows what that could look like. A digital QR code can be scanned every time a person enters the country by air, sea or rail, which is tested in a trial with Cyprus and Israel. An agreement between the three countries could allow certificate holders to move freely between them and the UK could be next, according to Haris Theoharis, Greece’s tourism minister.

How would a vaccine certificate work? The Greek authorities are quick to point out that it would not be “a mandatory condition” for travelers to have one. On the contrary, anyone entering Greece with a vaccine certificate could bypass all the usual procedures required of unvaccinated travelers, such as quarantine, negative PCR tests or filling out passenger tracking forms.

“Greece is working on a number of bilateral agreements with third countries to allow mutual recognition of vaccination certificates,” Patelis says. “Ultimately, certificates need some kind of unique QR code.”

But behind the humble QR code are a myriad of issues that need to be addressed first, according to the Royal Society. He highlighted 12 in an article published last week. “International standardization is one of the criteria that we believe is essential,” says Professor Melinda Mills, director of the Leverhulme Center for Demographic Science at the University of Oxford and lead author of the report.

Safety is another. “You need a really rigorous and robust verification system,” says David Hollick, CEO of Logifect, one of eight companies that received UK government grants to work on a digital immunity document.

“Anyone Can Fake Israel’s Vaccination Certificate” Haaretz, after flaws were found in his green card system. Apple has removed dozens of questionable apps offering Covid-19 vaccine certificates from its App Store. Greek authorities are concerned after a bad experience with fake passenger tracking forms and PCR test results.

Any vaccine certificate must also be dynamic. “Let’s say a variant comes in and you find the vaccine starts to wane,” says Hollik. “You need to find a quick way to secure real-time ways to delete a passport, revoke a passport or reissue a passport.”

Then there is the race itself. A growing number of companies and countries are offering their own versions of vaccination certificates. But if organizations like the World Health Organization, the European Union and the International Air Transport Association (IATA) do not quickly agree on a common set of frameworks, the result could be “a complex confusion of incompatible bilateral certificate structures, “says Andrew Bud, founder and CEO of iProov, which, together with Mvine, is testing a vaccine certificate in the UK

However, for the company or country ripping up the Covid vaccine certificate, the rewards could be huge. They will change the way we travel, not just this year, but far into the future.

“My prediction is that over the next 20 years we will see more innovation and transformation of the passport as a document than ever before,” says Arton. His firm, Arton Capital, advises families and individuals around the world on citizenship and global mobility.

Just as the need for a Covid-19 vaccine has energized the science behind the science of vaccination, the race for certification is pushing the boundaries of identification technologies. The biometrics and cloud technology that a vaccine certificate would use are exactly the technologies required for passport-less travel.

And just as record numbers receive these new vaccines, there could also be a whole new appetite for identification technologies, says Arton: “People in general may be more sensitive to the idea that is already underway. “

Multilateral organizations such as the UN’s ICAO and IATA are already predicting an era of passportless travel.

This is, after all, a perfectly logical scenario, says Bud, “Why take your passport with you when it is stored securely in the cloud? If someone steals it or you drop it in the toilet, you’ve just lost your credentials.

With any vaccine certificate that could use both cloud technology and biometrics, international travel in 2021 could be a giant experience for passport-less travel. Tech companies will follow closely behind, with the potential for huge contracts when the world is cleared to travel again.

“It’s pretty important,” Bud says. “The evolution of vaccine certificates will actually drive the entire field of digital identity in the future. So therefore, it’s not just about Covid, it’s about something even bigger.

What is the new Italian ministry for ecological transition

The Bharat Express News - February 27, 2021 0
Kano State Governor Abdullahi Ganduje has ordered the closure of four higher education institutions in the state. This follows the closure yesterday of ten boarding...