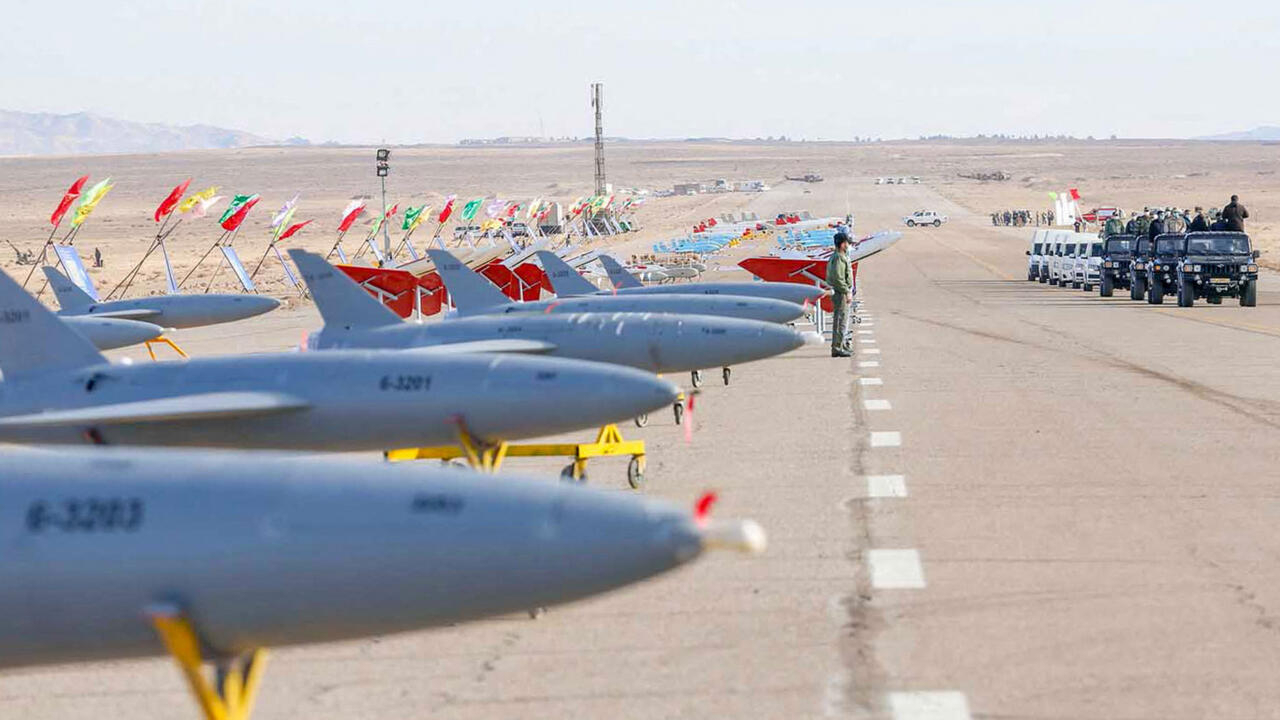 Iran on Saturday admitted for the first time that it sent drones to Russia, but insisted they were delivered before Russia’s invasion of Ukraine. Read our live blog to keep up to date with the day’s developments. All times are in Paris time (GMT+1).

This live page will no longer be updated. Click here for more of our coverage of the war in Ukraine.

The external power supply of Ukraine’s nuclear power plant in Zaporizhzhya two days after it was disconnected from the grid after Russian shelling damaged power lines, the UN nuclear watchdog said on Saturday.

Both of the plant’s external power lines were repaired and the reconnection began on Friday afternoon, Rafael Mariano Grossi, director general of the International Atomic Energy Agency (IAEA), said in a statement.

Grossi reiterated his call for the establishment of a nuclear safety and protection zone around the plant to prevent a nuclear accident, adding: “We cannot afford to lose any more time. We must act before it happens.” late.”

Ukraine warned Iran on Saturday that “the consequences of complicity” with Moscow would “outweigh the benefit” of Russian aid after Tehran first admitted to sending drones to Russia.

“Tehran must realize that the consequences of complicity in the crimes of the Russian Federation’s aggression against Ukraine will far outweigh the benefit of Russia’s support,” Foreign Ministry spokesman Oleg Nikolenko wrote on Facebook.

The Ukrainian electricity company announced blackouts in Kiev and seven other regions of the country on Saturday in the wake of Russia’s devastating attacks on energy infrastructure.

A judge in a Ukrainian city controlled by Moscow was in “serious” condition after surviving an assassination attempt, a Russian-backed separatist leader in Donetsk said Saturday.

“There was an attempt with the use of firearms against a judge of the Supreme Court of the Donetsk Republic, Alexander Nikulin,” the rebel leader of the self-proclaimed republic, Denis Pushilin, said on Telegram.

Russia has repeatedly labeled Ukraine’s leaders as “Nazis” without any evidence.

12:02 am: Iran admits sending drones to Russia ‘before the war in Ukraine’

Iran on Saturday admitted for the first time that it sent drones to Russia, but insisted they were delivered to its ally before Russia’s invasion of Ukraine.

“We supplied Russia with a limited number of drones months before the war in Ukraine,” Foreign Minister Hossein Amir-Abdollahian said, quoted by the official IRNA news agency.

Ukraine and its Western allies have accused Russia of using Iran-made drones to carry out attacks in Ukraine in recent weeks. Tehran has repeatedly denied these claims.

Iran has repeatedly denied supplying weapons to Russia for use in the war in Ukraine.

“In a telephone conversation with Ukraine’s foreign minister last week, we agreed that if there was evidence (of Moscow’s use of Iranian drones), he would provide it to us,” Amir-Abdollahian said.

“If the Ukrainian side keeps its promise, we can discuss this issue in the coming days and we will take into account their evidence,” he added.