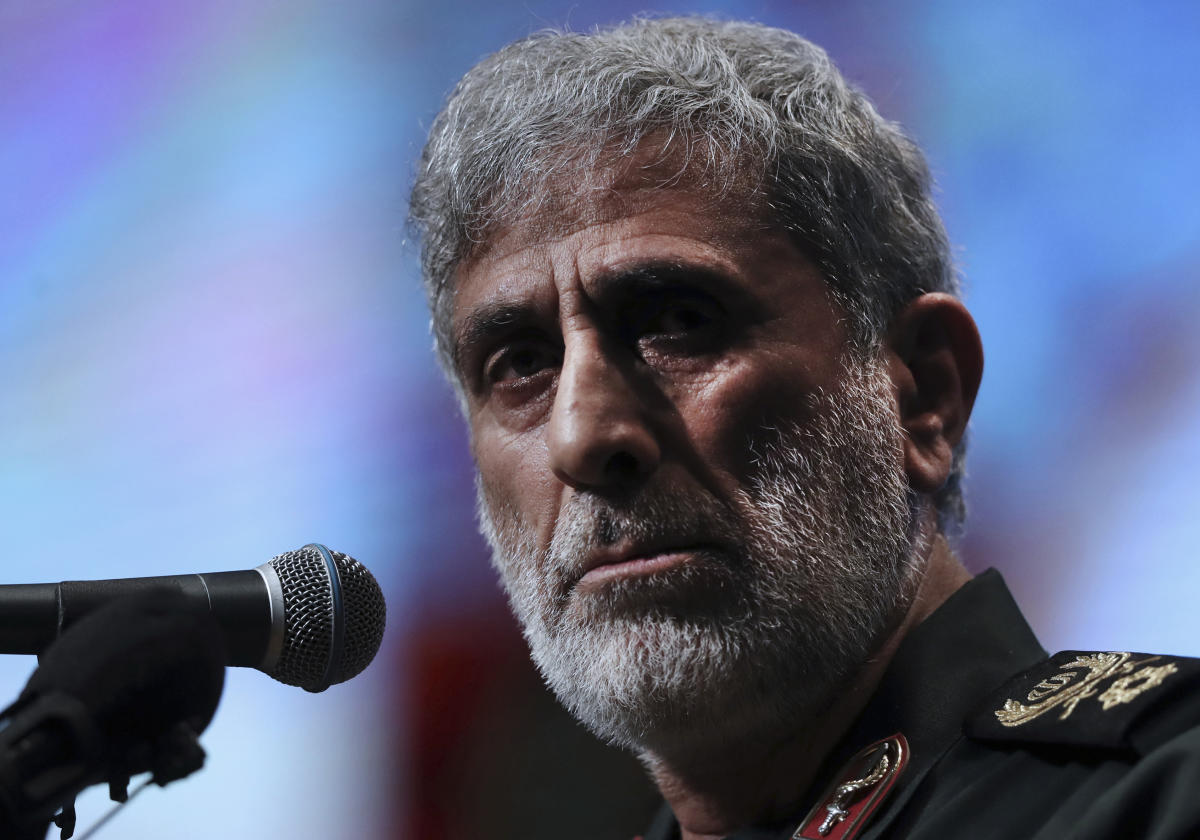 BAGHDAD (TBEN) — A senior Iranian military official who visited Baghdad this week threatened Iraq with a military ground operation in the north of the country if the Iraqi army does not reinforce the countries’ shared border against Kurdish opposition groups, multiple Iraqi and Kurdish officials said. .

Such an offensive, if carried out, would be unprecedented in Iraq and raise the specter of regional fallout from Iran’s domestic unrest, which Tehran has portrayed as a foreign plot without providing evidence.

The warning was delivered to Iraqi and Kurdish officials in Baghdad this week by Iranian Quds Force commander Esmail Ghaani, who arrived in the capital on Monday for an unannounced two-day visit. The force is an elite unit within Iran’s Revolutionary Guards.

Iran alleges that Kurdish opposition groups long exiled in northern Iraq are inciting anti-government protests in Iran and smuggling weapons into the country. The Iranian authorities have provided no evidence of these allegations that Kurdish groups have denied.

It’s unclear how serious the Iranian warning is, but it puts Baghdad in a predicament. It is the first time Iranian officials have publicly threatened a ground operation after months of cross-border tensions and asked Iraq to disarm opposition groups operating on its territory.

Now in their second month, protests have erupted demanding the overthrow of Iran’s cleric rulers following the death of a 22-year-old Kurdish-Iranian woman, Mahsa Amini, in pre-trial detention in Tehran. Thousands have been arrested and hundreds killed as Iranian authorities use live ammunition to control the streets, but the protests show no sign of abating. Amini’s Kurdish home areas were often at the center of unrest.

ALSO READ  'Don't know if I want to work for this company': Senior employees respond to Amazon layoff

Iran has blamed foreign interference for inciting the protests, and has pointed the finger at Kurdish opposition groups in northern Iraq, accusing them of direct involvement and ties to Israel. Tehran has repeatedly launched rocket attacks against these groups’ bases in Iraq, killing at least a dozen people and injuring many more.

Ghaani arrived in Baghdad a day after the latest Iranian attack on opposition bases in Koya, Irbil province, which left at least three dead.

He met Prime Minister Mohammed Shia al-Sudani and other leaders of the coordination framework alliance, President Abdul Latif Rashid, a Kurd and Iranian-backed militias. Sudani came to power as the top candidate of the Coordination Framework, an alliance made up of mainly Iranian-backed parties.

Ghaani’s demands were twofold: disarm the bases of Iranian-Kurdish opposition groups in northern Iraq and reinforce the porous borders with Iraqi forces to prevent infiltration.

If Baghdad did not comply, Iran would launch a military strike with ground forces and continue to bomb opposition bases, Ghaani told his Iraqi counterparts, according to two Shia political figures, two militia officials and a senior Kurdish official. They all spoke on condition of anonymity as they were not authorized to inform the media about the sensitive meeting.

ALSO READ  At an unprecedented time, Kurds in the Middle East are being attacked from all sides

The area of ​​concern to Iran falls under the authority of the semi-autonomous Kurdish region and Baghdad should negotiate joint coordination.

Iraqi officials privately said they see no evidence to support Iran’s accusations against the Kurdish groups.

Kurdish opposition parties, while acknowledging deep ties with Kurdish areas in Iran, also deny that they smuggle weapons to arm protesters. Amini, the young woman who died in police custody, was from the Kurdish town of Saqqez, the first area to witness protests in September.

Kurdish opposition parties said their involvement does not go beyond moral support, awareness-raising and medical care for injured protesters coming from Iran.

Soran Nuri, a leading member of Iran’s Kurdistan Democratic Party, or KDPI, said he was aware of Iran’s demands. “We have never smuggled weapons to or from any country,” he insisted.

“We hope that (the Kurdish region) will not succumb to these threats.”

Iraqi security officials have repeatedly tried to convince Tehran that weapons are not being smuggled from Iraq to Iran, but “Iran is ignoring this,” said a senior Kurdish official who spoke on condition of anonymity to speak freely.

Some Kurdish groups have been embroiled in a low-intensity conflict with Tehran since Iran’s 1979 Islamic Revolution, leading many members to seek political exile in neighboring Iraq, where they have established bases.

Opposition members in Iraq openly carry medium-sized weapons at the bases, saying it is for self-defense.

In March, Iran claimed responsibility for a missile strike near the US consulate in Irbil. Iran said at the time it was targeting an Israeli “strategic center,” Kurdish officials have denied such a center existed.

“The Iranian regime is paranoid,” said Randa Slim, a Middle East Institute program director. “They firmly believe that the Mossad is using Kurdish territory and Kurdish opposition groups to send weapons (and) fighters to Kurdish areas in Iran.”

A sweep in northern Iraq, she said, would bolster the regime’s public narrative that outside forces are fueling the unrest and end a long-standing dispute Iran has had with the semi-autonomous Iraqi-Kurdish region over the activities of the groups on its territory.