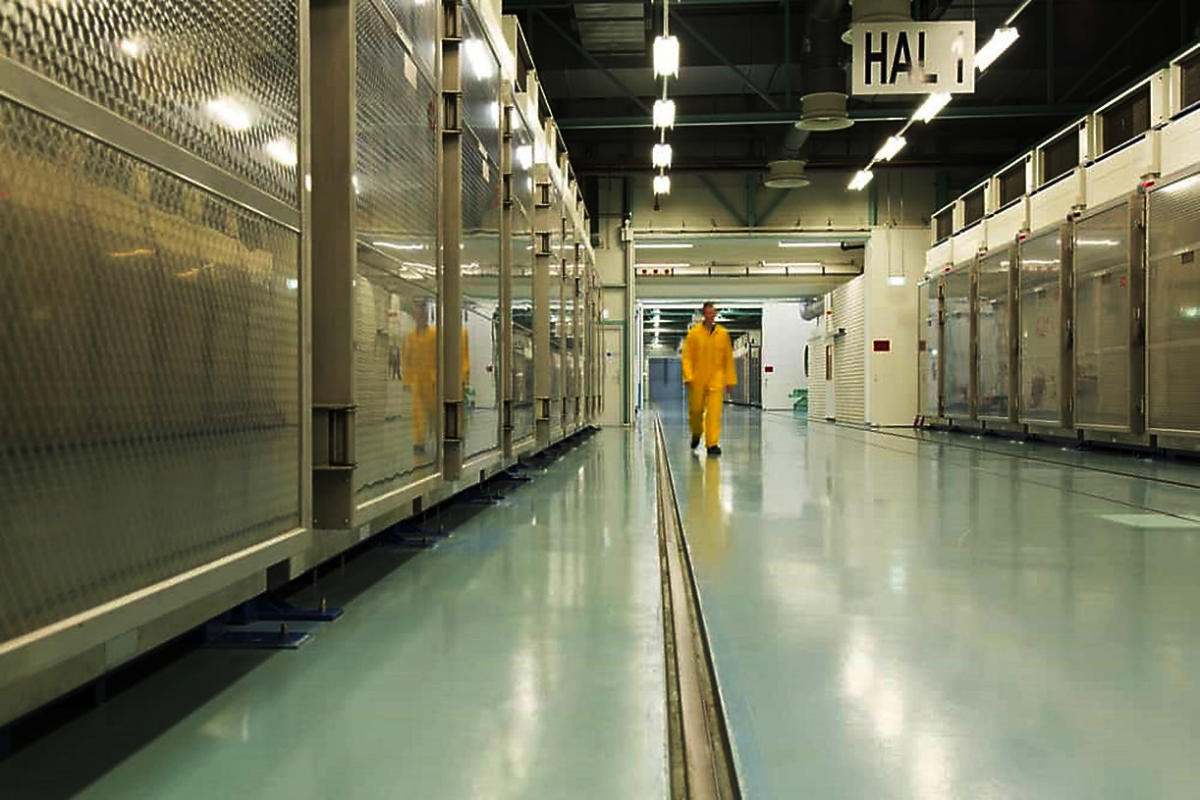 Iran has begun expanding uranium enrichment to 60 percent purity at an underground site in Fordow, days after foreign governments accused Tehran of failing to cooperate with a UN investigation into its previous nuclear work.

The decision moves Iran one step closer to enriching uranium to the 90 percent threshold for weapons and ignores the limits of the 2015 nuclear deal between Iran and world powers.

The move came amid growing international condemnation of anti-regime protests in Iran, with UN human rights officials saying the rising death toll reflected Tehran’s use of deadly force to try to crush the demonstrations.

“Enrichment to near-weapons-grade levels using more efficient centrifuges at the deeply buried Fordow site is a serious escalation and raises the risk of a nuclear-armed Iran,” said Kelsey Davenport, director of nonproliferation policy at the Arms Control Association, a Washington-based established think tank. Sixty percent enriched uranium “is a hair’s breadth away from the 90 percent level that is considered weapons grade,” she said.

The decision will allow Iran to “deposit enriched uranium up to 60 percent faster, reducing the time it takes to produce enough weapons-grade uranium for multiple weapons,” Davenport said.

Iranian state media previously reported that the government planned to increase uranium enrichment at Fordow to 60 percent for the first time, and that officials had warned it would respond to any rebuke from the IAEA board of directors.

Iran’s UN mission did not respond to a request for comment.

The IAEA board of 35 countries last week passed a resolution criticizing Iran and demanding that Tehran urgently cooperate with the IAEA’s investigation of traces of uranium found at three undeclared sites.

The 2015 nuclear deal between Iran and the world powers, known as the Joint Comprehensive Plan of Action, was designed to prevent Iran from developing nuclear weapons. It imposed restrictions on Iran’s nuclear program in exchange for a relaxation of US and international sanctions against Iran. But former President Donald Trump pulled the US out of the deal in 2018, and Iran has since gone beyond the deal’s restrictions by using advanced centrifuges and enriching uranium well beyond a limit of 3.67 percent purity.

ALSO READ  Pakistan: Imran Khan resumes march to Islamabad on Tuesday from same point where he was attacked

President Joe Biden promised to revive the deal when he took office, but negotiations have stalled for months. Mass protests against the regime in Tehran and Iran’s support for Russia’s invasion of Ukraine have hampered any prospect of restoring the deal.

Asked about Iran’s plans to expand enrichment, Foreign Minister Antony Blinken said the US is closely monitoring the situation.

During a visit to Qatar, Blinken said the United States continues to believe that diplomacy is the best way to resolve questions about Iran’s nuclear program. .”

He added that the growing protests in Iran have provoked the world and “that’s where the focus is”.

British Ambassador to the United States Karen Pierce told NBC News’ Andrea Mitchell on Tuesday that “what Iran is doing really proves what a risk to global security Iran is.”

“We are talking with our partners and allies about the best response to this, but I will point out that a nuclear deal has been on the table since March,” Pierce said.

When Iran defied the provisions of the 2015 nuclear deal, it faced renewed international criticism for its response to a wave of anti-regime protests that erupted in September.

In Geneva, UN High Commissioner for Human Rights, Volker Türk, said Iranian authorities had taken a tougher stance on the protest movement and the death toll was rising.

“The rising number of deaths from protests in Iran, including that of two children over the weekend, and the hardening of the response from security forces underline the critical situation in the country,” Türk said.