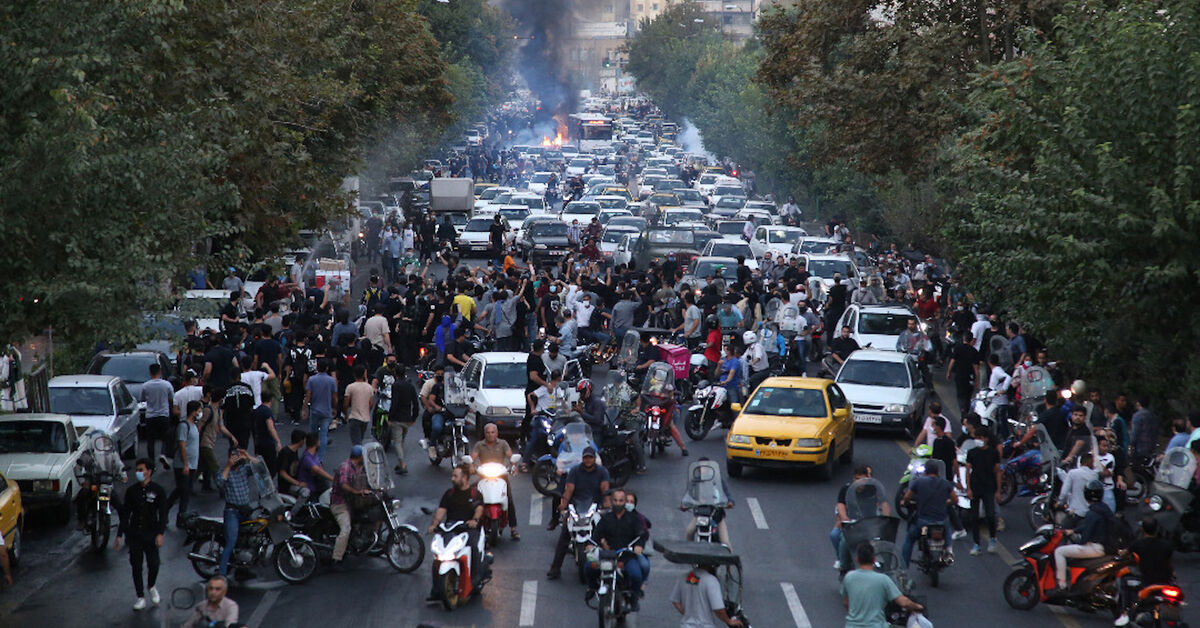 Iran found itself in a state of near-total shutdown of online connectivity nationwide as protests over the death of a woman arrested by hijab police grew and became more violent.

The Internet Access Observatory’s website net blocks and Iranian activists began reporting the matter late Wednesday when much of the country, including the capital Tehran, witnessed intense clashes between protesters and government forces.

Internet data on mobile phones was almost completely disconnected on Thursday, while home broadband was severely disrupted in most flashpoint cities. The popular Instagram platform and WhatsApp messaging services are also completely blocked for the first time. However, some Iranians might get through it after trying multiple anti-filtering software.

Iranian officials have confirmed the disruptions, with the hard-hitting Tasnim news agency saying the measures were intended to prevent “communication and coordination between leaders of the riot”. The Islamic Republic used a similar tactic to crush the deadly protests of 2019 over fuel price hikes.

Iranians abroad have launched an online campaign to raise awareness of the blackout internationally. “Last time they did this they killed over 1,500 people… Be their voice,” UK-based Iranian actress Falamak Joneidi wrote in an Instagram story. She referred to the unrest in 2019, when security forces killed more than 300 people, according to Amnesty International, while a Reuters report estimated the toll at 1,500. The rallies largely dissipated after the week-long internet shutdown.

Despite the latest blackout, new protests were held in the custody of the controversial hijab police known as Guidance Patrols on the sixth day after Mahsa Amini’s death. Videos published by opposition outlets showed protesters clashed with armed riot police in Tehran, where women once again set headscarves on fire. In the city of Eslamabad, a police kiosk was destroyed by protesters and in two different locations the elderly were severely beaten by security forces. Another viral video showed riot police in Bandar Anzalic made their way into a residential block of flats to chase protesters, who were housed by the owners.

State television confirmed that at least 26 people have been killed in recent days, including members of Basij’s police and paramilitary forces, often wearing civilian clothes. The toll counted by one human rights activist stands at 31.

Meanwhile, the hacktivist group Anonymous announced a solidarity campaign by shutting down key Iranian government online platforms for hours. Last in the chain of goals was the website of Supreme Leader Ayatollah Ali Khamenei’s office.

The Iranian authorities appeared defiant and planned a series of “spontaneous” counteractions for September 23 after Friday prayers. And the Islamic Revolutionary Guard Corps in a statement called the protests an “incitement” engineered by the Islamic Republic’s foreign enemies.

The protesters had to brace themselves for even more after Kayhan, the ultra-conservative newspaper affiliated with Khamenei’s office, demanded a ruthless crackdown, declaring: “The public wants serious and swift action against these criminals.”

The Takeaway: As protests rage, Iran is heading for a nuclear deal?