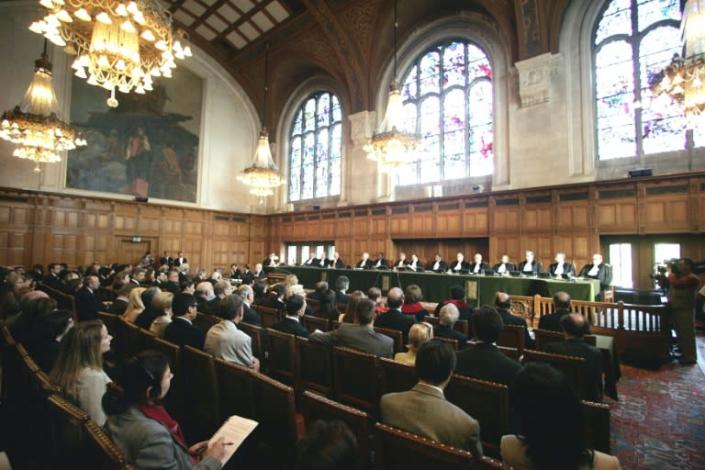 Iran will begin its legal battle before the UN’s highest court on Monday to release billions of dollars in US assets, which Washington says should go to victims of terrorist attacks blamed on Tehran.

The case before the International Court of Justice comes as hopes are fading to revive a historic deal, which former US President Donald Trump withdrew in 2018, that sought to tame Iran’s nuclear ambitions.

Tehran sued Washington in The Hague’s ICJ in 2016 after the US Supreme Court ordered about $2 billion in Iranian assets to be frozen, and ordered the money to go to survivors and relatives of attacks blamed on the Islamic Republic.

These include the 1983 bombing of a US Marine barracks in Beirut, which killed 299 people, including 241 US soldiers, and the 1996 bombing of the Khobar Towers in Saudi Arabia, which killed 19.

However, Iran said the fund freeze violated the 1955 Treaty of Friendship with the United States, an agreement signed before Iran’s 1979 Islamic Revolution severed relations between the countries.

Tehran argued that the United States had illegally seized Iranian financial assets and those of Iranian companies – and as the Iranian clerical regime faces economic difficulties following sanctions and runaway consumer prices, it is critical to resolve the matter.

Washington, for its part, had unsuccessfully tried to disqualify the lawsuit by arguing that Iran’s “unclean hands” — a reference to Tehran’s alleged support for terrorist groups — should have its lawsuit to recover the $2 billion in assets. disqualify.

The US announced in October 2018 that it was withdrawing from the Treaty of Friendship after the International Court of Justice in a separate case ordered Washington to lift nuclear-related sanctions on humanitarian goods for Iran.

The ICJ is the highest court of the United Nations and was established after World War II to resolve disputes between member states. Her rulings are binding and not subject to appeal, but she has no means of enforcing them.

Monday’s hearing, to which US representatives will reply on Wednesday, comes as hopes are fading to revive a 2015 nuclear deal between Tehran and the West, easing Iran’s sanctions in return for it. limit its nuclear program.

Former US President Donald Trump withdrew from what he called the “terrible” international nuclear deal in 2018 and began re-imposing sanctions, prompting Tehran to back up its commitments under the pact, the Joint Comprehensive Plan of Action, or JCPOA, rollback.

Talks have been going on in Vienna since April last year, aimed at restoring the agreement by lifting sanctions against Tehran again and pushing Iran to fully honor its obligations.

The statement from France, Germany and Britain came a day after US Secretary of State Antony Blinken ruled Iran’s latest response to the nuclear deal is a step “backwards”.

Josep Borrell, the EU’s foreign policy chief, who had coordinated the talks for the past year and a half, told TBEN last week that the negotiations were at a “stalemate”.

The disputes with Iran include Tehran’s insistence that the UN nuclear watchdog close an investigation into three undeclared sites suspected of previous nuclear work.