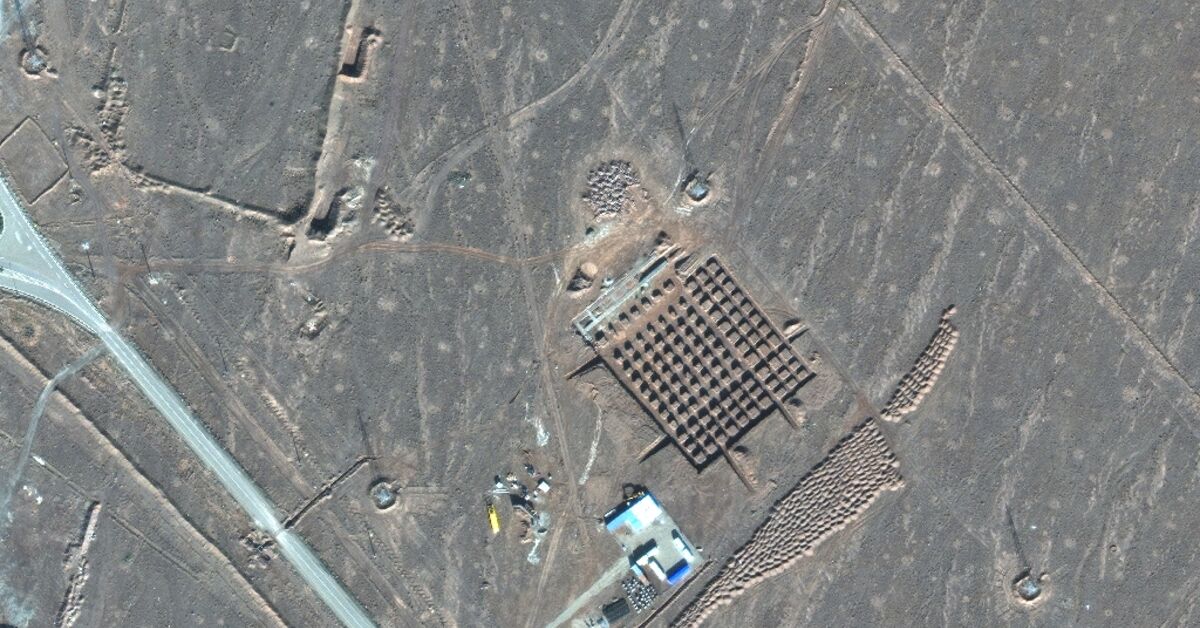 Iran has begun producing uranium enriched up to 60 percent at its Fordo plant, official media reported Tuesday about the underground facility reopened three years ago amid the collapse of its nuclear deal with major powers.

The move was part of Iran’s response to the approval by the UN nuclear watchdog last week of a motion of censure drafted by Western governments accusing them of non-cooperation.

A nuclear bomb requires uranium enriched to 90 percent, so 60 percent is an important step toward weapons enrichment.

Iran has always denied any ambition to develop a nuclear bomb, insisting that its nuclear activities are for civilian purposes only.

Under a groundbreaking deal struck in 2015, Iran agreed to mothball the Fordo plant and limit uranium enrichment to 3.67 percent, sufficient for most civilian applications, as part of a package of restrictions on its nuclear activities to prevent it covertly becoming a nuclear weapon.

In return, the major powers agreed to ease sanctions they had imposed over Iran’s nuclear program.

But the deal began to fall apart in 2018 when then-US President Donald Trump pulled Washington out of the deal and re-imposed crippling economic sanctions.

The following year, Iran began to back away from its obligations under the deal. It reopened the Fordo plant and began enriching uranium to higher levels.

In January 2021, Iran said it was in the process of enriching uranium to 20 percent at Fordo. A few months later, another Iranian enrichment plant reached 60 percent.

President Joe Biden has expressed a desire for Washington to return to a revived deal and on-off talks have been underway since last April.

The heavily protected Fordo factory, about 180 kilometers (110 mi) south of Tehran, was built deep underground to protect it from air or missile strikes by Iran’s enemies.

Archenemy Israel has never ruled out military action if it deems it necessary to prevent Iran from developing a nuclear weapon capability.

Israel is widely suspected of possessing the region’s only if undeclared nuclear arsenal, though it has consistently refused to confirm or deny being nuclear-armed.

The implementation of the 2015 agreement was overseen by the International Atomic Energy Agency, but the UN watchdog’s relations with Iran have deteriorated sharply in recent months.

The IAEA Executive Board passed a resolution on Thursday criticizing Iran for its lack of cooperation.

Iran announced late Sunday that it had begun taking retaliatory measures, but did not specify what they were.

“In response to the recent action of three European countries and the United States in passing a resolution against Iran, the Atomic Energy Organization of Iran has taken some initial measures,” State Department spokesman Nasser Kanani said.

“The implementation of these measures was achieved today in the presence of IAEA inspectors at the Natanz and Fordo enrichment complexes,” he added.

“In addition, in a second action in response to the resolution, Iran injected (uranium hexafluoride) gas into two IR-2m and IR-4 cascades at the Natanz plant,” it said, referring to an older enrichment facility.

The UN watchdog has pressured Iran to explain its discovery of traces of nuclear material in three locations it failed to declare, a major sticking point that led to the approval of an earlier motion of censure by the IAEA in June.

In a report seen by TBEN earlier this month, the IAEA said Iran’s stockpile of enriched uranium stood at 3,673.7 kilograms as of October 22, down 267.2 kilograms from its last quarterly report.

This included significant supplies of uranium enriched to higher levels – 386.4 kilograms to 20 percent and 62.3 kilograms to 60 percent.

The IAEA complains that its inspectors’ ability to monitor Iran’s intensified nuclear activities is hampered by restrictions imposed by Iran.