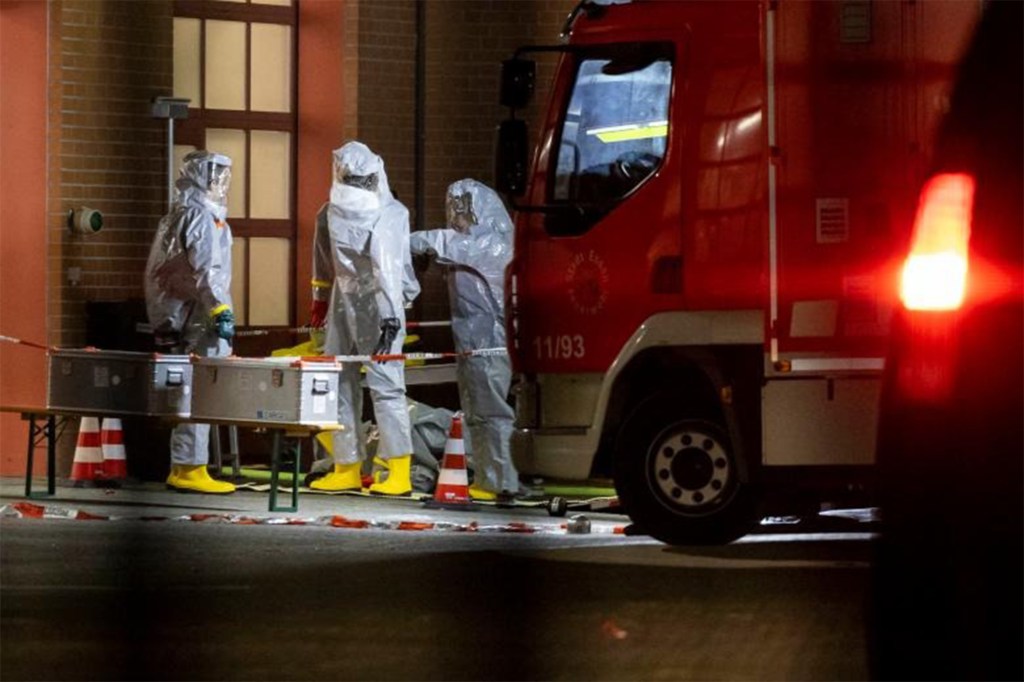 An Iranian national was arrested in his underwear on Sunday after he was allegedly caught deploying biological weapons in northwestern Germany.

The 32-year-old man was allegedly given cyanide and ricin in preparation for a “serious act of violence,” investigators said, according to German outlet Welt.

The Iranian and another man, whose affiliation has not been disclosed, were arrested around midnight by anti-terror investigators in Castrop-Rauxel’s living quarters.

Both were apprehended in their underpants — and jackets that had only been put on when authorities entered the building, eyewitnesses told Welt.

Investigators wearing protective suits wheeled the toxins and other evidence out of the building in blue drums and deposited them at a decontamination point set up by the fire department.

“The suspect is suspected of preparing a serious act of violence that is dangerous to the state,” the detectives said. “The search serves to find the corresponding toxins and other evidence.”

Police did not disclose plans for the alleged attack, how far the plans had progressed, or whether the men had chosen a target, but warned it may have been an Islamist attack.

Investigators had been following the men for several days, Welt reported.

Ricin is one of the most toxic biological agents known and can be used as an effective airborne weapon, according to the Centers for Disease Control and Prevention. Cyanide, deadly to humans even in minute amounts, is also listed on the federal agency’s bioterrorism chemicals page.

Officials are further examining the evidence before formally filing charges, the outlet reported.