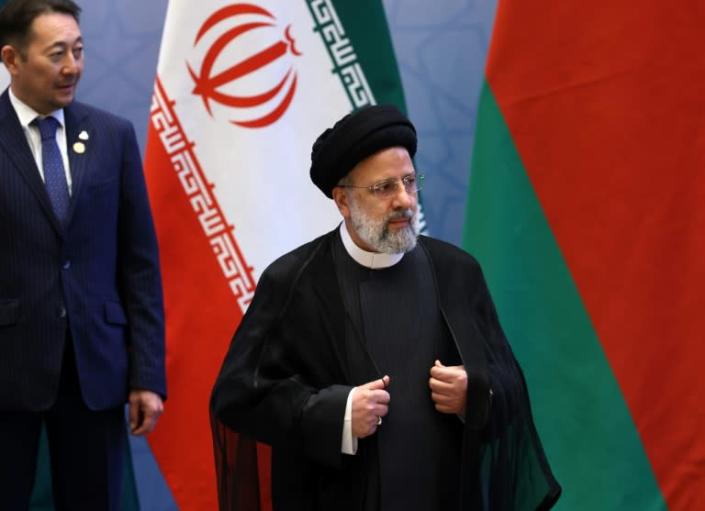 Iranian President Ebrahim Raisi has demanded “guarantees” from the US that it will not withdraw from a nuclear deal again if it is revived ahead of his debut visit to the United Nations.

As Western hopes of restoring the historic 2015 deal with world powers faded, the hardline cleric said in a US television interview that he would still support a “good deal and a fair deal.”

“We can’t trust Americans because of the behavior we’ve already seen from them. That’s why there’s no trust if there’s no guarantee,” he told TBEN News’ 60 Minutes program.

Former President Barack Obama negotiated the deal that saw Iran drastically cut back on nuclear work in exchange for promises of sanctions easing.

Three years later, Donald Trump withdrew and again imposed sweeping sanctions. President Joe Biden supports a return, but Iran’s call for guarantees has become a sticking point, with the Democratic administration saying it’s impossible in the US system to say what a future president would do.

But Raisi said Trump’s withdrawal showed that US promises are “pointless”.

The parties to the 2015 agreement — which also included Britain, China, France, Germany and Russia — saw it as the best way to prevent the Islamic Republic from building an atomic bomb — a goal Tehran has always denied.

Raisi succeeded Hassan Rouhani last year, a relatively moderate who spoke to Obama by phone during a visit to New York for the United Nations.

Josep Borrell, the EU’s foreign policy chief, told TBEN last week that negotiations to get Iran back into the deal have stalled after the parties’ proposals “converged”.

In early August, a senior European Union official had said progress was being made on obstacles, including assurances that the US would not torpedo a deal again.

A report by the UN nuclear watchdog earlier this month that it was unable to certify Iran’s nuclear program as “exclusively peaceful” has hampered diplomatic efforts to revive the deal.

Iran is holding on to a demand that the International Atomic Energy Agency, in order to revive the 2015 agreement, must complete an investigation launched when the agency found traces of nuclear material at three undeclared sites.