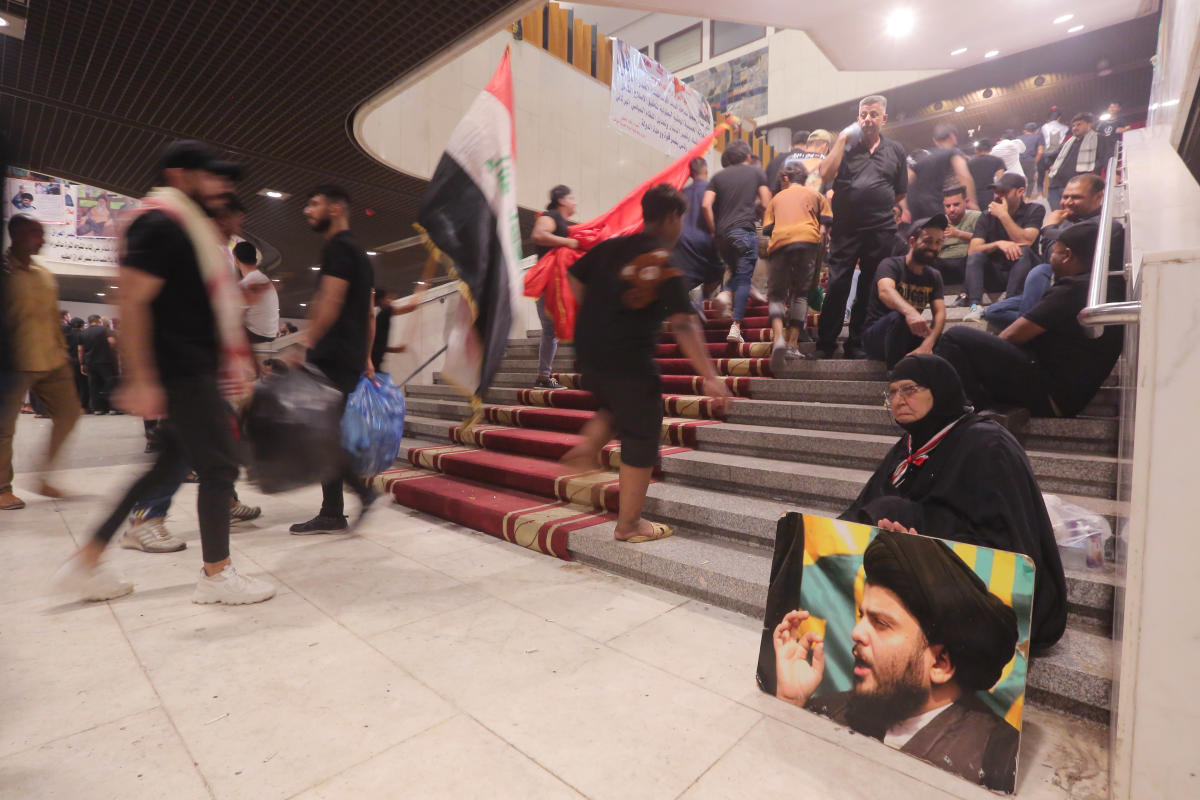 BAGHDAD (TBEN) — Influential Shia cleric Muqtada al-Sadr on Wednesday told his followers to continue their sit-in in the Iraqi government zone, calling for the dissolution of parliament and early elections, signaling a deeper power struggle with his rivals.

Speaking for the first time since thousands of his followers stormed the parliament building in Baghdad on Saturday, Al-Sadr said the “revolutionaries” must stay and continue their sit-in. He rejected the option of entering into a dialogue with his political opponents in the Coordination Framework, an alliance of mainly Iran-backed parties.

“There is no point in continuing the dialogue, especially after the people have said their word,” al-Sadr said in a televised address from the holy southern city of Najaf.

Encouraged in the wake of the ongoing sit-in that has brought the capital to a standstill, Al-Sadr hinted that calls from his political rivals to negotiate were not bearing fruit.

Shia political officials told The The Bharat Express News that a proposal had been made to request al-Sadr to withdraw his followers from parliament. In return, the legislature would remain closed and prevent its rivals from forming a government without him.

“The dialogue with them has brought nothing but destruction, terrorism and dependence to the country, despite their commitments and signatures,” he said in clear reference to his political opponents.

He said the “old faces” – referring to the established parties – would no longer exist after democratic snap elections are held and parliament is dissolved.

Voting: An Iranian plot to assassinate John Bolton tells us something important about the future of Iran-US relations