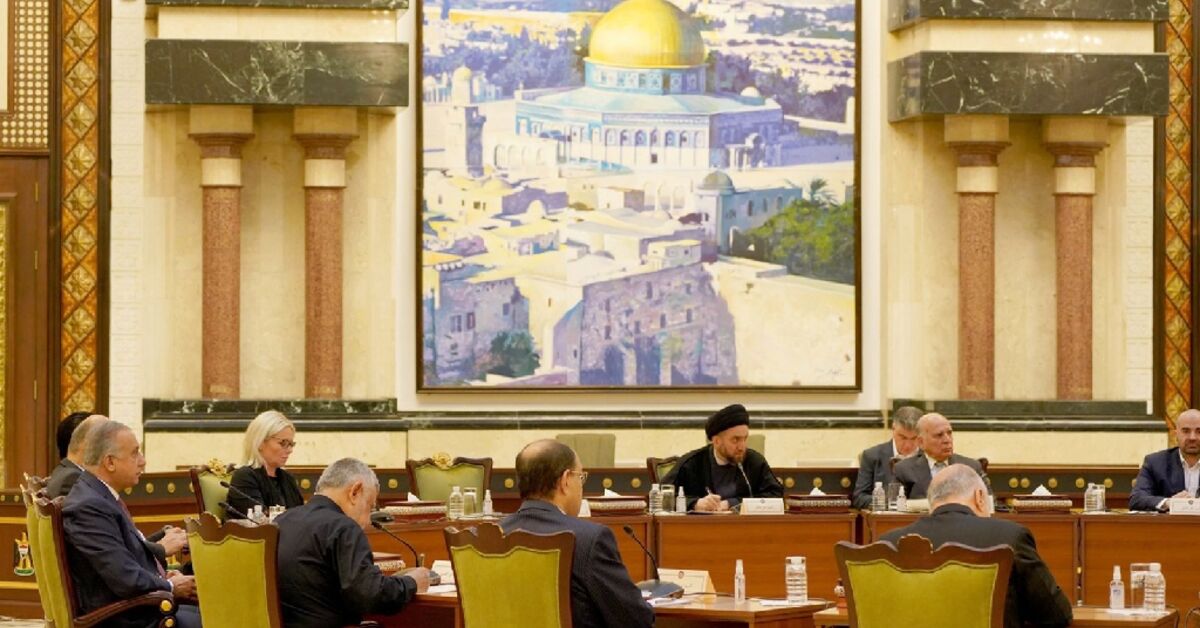 The President, Prime Minister and Speaker of Parliament met with political party representatives to map out a way out of an 11-month-long political paralysis.

They “agreed to form a technical committee composed of the various political forces…to bridge differences with the aim of reaching early elections,” Prime Minister Mustafa al-Kadhemi’s office said in a statement.

Early elections have been a key demand from Sadr and his supporters, who have called for the dissolution of parliament.

Sadr’s rivals in the pro-Iran Coordination Framework want a new head of government appointed before new polls are held.

Under the constitution, parliament can only be dissolved by an absolute majority of votes in the house, at the request of one-third of the deputies or by the prime minister with the approval of the president.

The participants in Monday’s meeting “renewed their invitation to brothers in the sadistic movement to participate in technical and political meetings … to find a solution,” the statement said.

The dialogue was the second of its kind following an initial meeting last month, also boycotted by Sadr.

It came a week after Sadr supporters clashed with the military and Iranian-backed factions after they stormed the government headquarters in the capital’s fortified Green Zone.

More than 30 Sadr supporters were killed and hundreds injured in nearly 24 hours of violence that ended when Sadr called on his supporters to withdraw.

Sadr’s bloc emerged from last October’s elections as the largest in the legislature, with 73 seats, but far from a majority.

Since then, the country has been stuck in a political deadlock that has left Iraq without a new government, president or prime minister.

In June, his lawmakers stopped to break the blockade.

Last month, Sadr said “all parties,” including his, must give up government positions to help resolve the crisis.