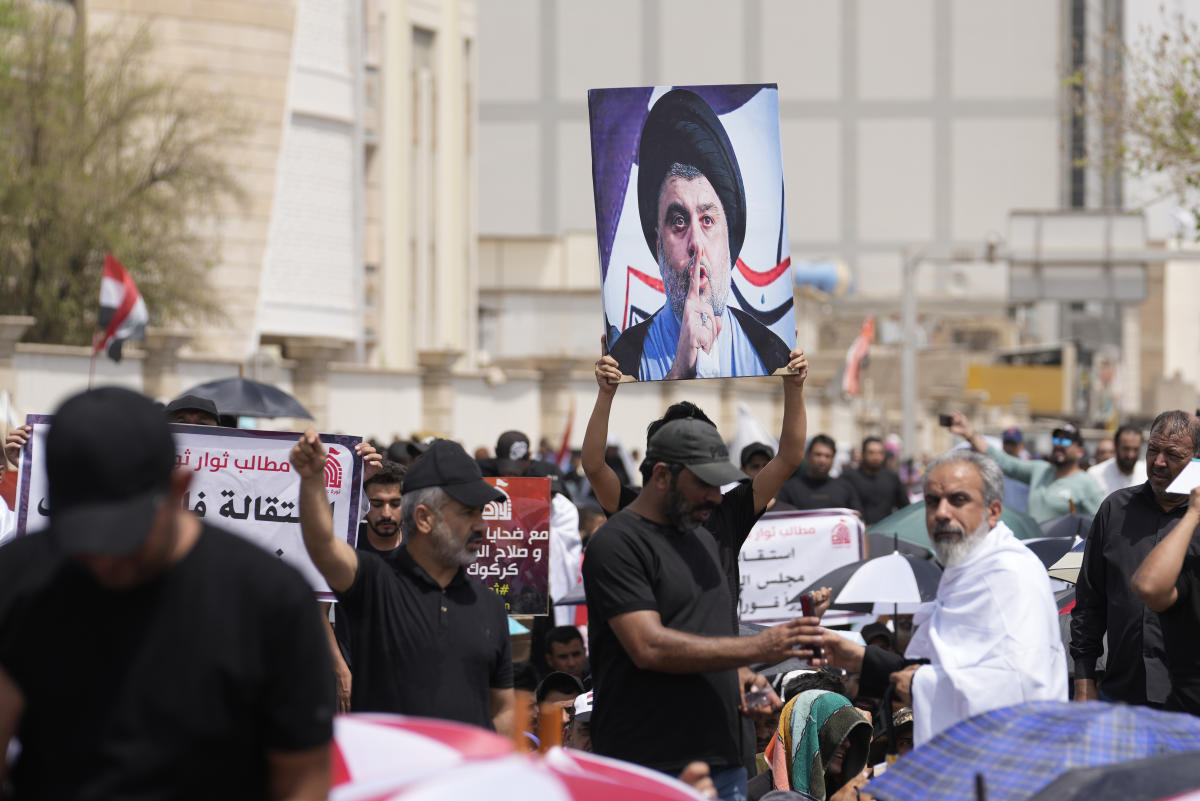 Al-Kadhimi’s warning is a clear indication of the dangers of one of Iraq’s worst political crises since the US-led invasion of Iraq in 2003. It is the result of disagreements between supporters of the influential Shia cleric Muqtada al-Sadr and rival Iran-backed groups since last year’s parliamentary elections.

Al-Sadr won most of the seats in the October elections but failed to form a majority government, triggering what has become one of the worst political crises in Iraq in recent years.

His bloc later resigned from parliament and his supporters stormed the parliament building in Baghdad last month. Al-Sadr has demanded that parliament be dissolved and early elections be held.

“This political crisis threatens the security performance and stability of the country,” al-Kadhimi said in a speech marking the Islamic Day Combating Violence Against Women in Baghdad.

“Now the solution is for all political parties to make concessions for the interests of Iraq and Iraqis,” al-Kadhimi said.

Last week, al-Kadhimi called for a meeting of senior political leaders and party representatives to find a solution. He warned that if “the fighting breaks out, the shootings will not stop and will continue for years.”

Earlier this month, al-Sadr called on his followers to stand ready to hold mass protests across Iraq but then postponed them indefinitely after Iran-backed groups called for similar demonstrations the same day, saying he wanted peace. wants to keep and that “Iraqi blood is priceless” to him.

Iraq has witnessed relative stability since the Islamic State group was largely defeated in the country in 2017. But militants have continued to launch attacks, regularly bombarding security forces and military targets with roadside bombs and firing at convoys or checkpoints.

During the rise of IS, when it controlled large parts of Iraq, there were often deadly explosions in the oil-rich country.