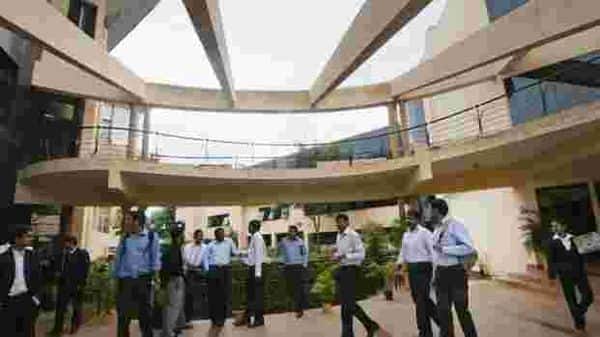 Some MBA students disagree. In fact, the experiences of graduates with non-traditional or non-business backgrounds show that the degree can help mid-career individuals transform their expertise in areas such as science or the military into corporate leadership. It can also help with the transition from the public sector to the private sector at any age.

Many MBA programs have sought candidates from different backgrounds in recent years, especially as companies look to hire a more diverse workforce. Schools have said that waiving their standardized test requirements, including the GMAT exam, for this year removes a barrier for non-traditional students. Some prominent programs also plan to diversify the pipeline of applicants.

Applications for MBA programs, in general, have skyrocketed in the past year as students from diverse backgrounds searched for places to emerge from the pandemic-induced recession. Students typically flock to business schools and other graduate programs during times of economic downturn to stay out of a tough job market and gain credentials. Applications for the MBA program had dropped for five consecutive years due to a hot job market and high tuition fees.

Over the past year, many business schools have rolled out more affordable online MBA programs, which have attracted a more diverse pool of applicants, some with no business background.

Michael Gallant, 33, did not have an undergraduate degree before obtaining his MBA At 18, the Israeli native was recruited and then volunteered to serve for five years in the unit of the country’s special forces equivalent to Navy Seals. When he got out, he founded a handful of startups that have all sparkled, including a diving school and a business that made recycled cardboard bikes and plastic bottles, he said.

Mr. Gallant felt he needed an MBA to advance in business and to leverage his military and entrepreneurial background. He enrolled in a one-year MBA program at Insead in France. He now lives in New York City and is a partner at EM8 Properties, which acquires and manages multi-family properties in the Midwest, he said. He also started an MBA Admission Coaching service, specializing in helping non-traditional candidates like himself.

“The MBA is not for everyone, but it can add tremendous value to your life,” he said. “He changed my life.”

Even without business background, those with in-depth knowledge in other fields can use an MBA to change careers. When Gregory Rummo, 65, of Lake Worth, Florida, was a chemist at Dynamit Nobel in the early 1980s, he wanted to leave the lab and become a director. “I had no business knowledge. I didn’t know what a balance sheet was, ”he says.

Mr. Rummo enrolled in the evening MBA program at Iona College in New Rochelle, New York, in 1980. The degree, along with his scientific background, helped him secure a leadership position. at Harrisons & Crosfield, a UK company now called Elementis, which runs its pharmaceutical division. He then became Managing Director of New Chemic (US) Inc., where he worked for three decades until his resignation in 2017 to teach chemistry at Palm Beach Atlantic University in West Palm Beach, Florida. “If you have the passion, the patience and the money, it’s never a bad decision to go back to school and get a degree,” Mr. Rummo said.

Not all scientists who become MBAs use the diploma to move on to management. John Galvagni, 80, a retired scientist with AVX Corp., studied part-time for an MBA from Webster University in Myrtle Beach, SC, and graduated in 1992. At the time, Mr. Galvagni was in his early fifties and wasn’t aiming to become a manager or raise his salary. He pursued the MBA to learn more about the business side of AVX in order to better design the products the company could market to customers. “There’s no point in bringing a product to market until you understand the demands of marketing,” said Mr. Galvagni, who lives in Mulberry, Florida. “Even if one is not on the management path, an MBA gives the necessary perspective.”

Some MBAs do not believe that the ideal candidates are in their 20s or early 30s. Rick Heinick, 55, of Thousand Oaks, Calif., Said business schools were wrong to primarily target younger students for MBA programs if they didn’t have a lot of career prospect or experience in management. “One of the main flaws of most MBA programs is that they accept students who are too young,” he said. MBA programs should be based on the real management challenges that students face, so that they can learn from the experience, he said.

While working for management consulting firm Schafer Consulting in the early 2000s, Mr. Heinick decided he needed a degree to become an executive. At 43, he began a master’s degree in management at the Desautels Faculty of Management at McGill University in Montreal. He graduated in 2009 and founded the pharmaceutical company TearClear. He currently sits on the boards of six companies, including OnSight Medical and Lentechs.

Kima McCoy, portfolio specialist at Invesco and squadron commander of the Illinois National Guard, graduated in 2001 from the US Air Force Academy, where she majored in political science. She was deployed three times to the Middle East before obtaining her MBA. Ms McCoy said she believed the degree would give her a broad understanding of business that could help her change careers. She graduated from the full-time MBA program at the Johnson Graduate School of Management at Cornell University in 2011.

Transitioning from the military to an MBA program was difficult, she said, but her experience leading groups was good preparation. “It’s basic leadership in high stress situations,” she said. “A lot of people consider the military to be rigid and I feel like in the military you have to be prepared to pivot at all times.”

IIT Bombay, IIT Madras, IIT Kharagpur among the 50 best universities in the world

12 Indian institutes in the top 100 of the QS world university ranking: Ramesh Pokhriyal