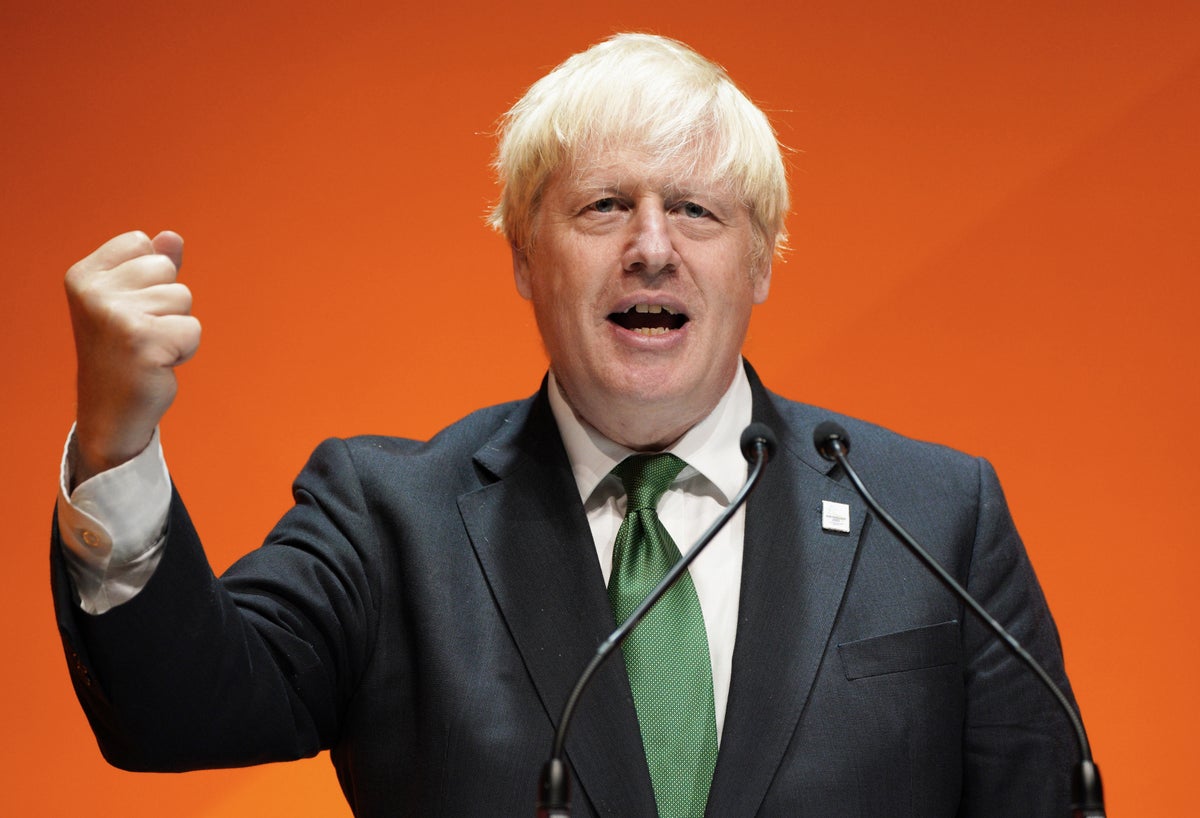 Um, I know that Boris Johnson is a terrible human being, a liar and impostor, a cad and a limiter, a disgrace to his party and those he claims to lead, that he has misled parliament and behaved with the morals of a street cat.

But someone starts to miss him. I mean on the most bizarre grounds of all: policy making?

I say this because it seems to me that his successor has proved in the short period since the fall of his government that they will clearly have an even more authoritarian, even more populist, even more reckless character than him.

It’s most likely Liz Truss, of course, but even Sunak is tacking further and further to the right. I say “even”, but he was always a hard-core Thatcherite Brexiteer, but with his resistance to massive tax cuts now, he’s the closest thing to the vote of economic sanity at the top of the party. He’s also dangerous, but not as dangerous as Truss. The pair makes Johnson look like Ken Clarke.

In these few days we have seen the Truss-Sunak roadshow turn into a grotesque Dutch auction. Truss says she will expand the deportation program for refugees from Rwanda, so Sunak has to get the auctioneer’s attention and declare that he will expand it to other countries. Truss matches that, so Sunak makes a pledge to double the number of deportations of foreign prisoners. Not sure where we will end up with this one. Maybe back to the old policy of transporting to the other side of the world for stealing a loaf of bread? Everything to please those local associations.

They have even managed to turn the pandemic into a kind of game show competition to show how careless they can be in other people’s lives. Big Dog has nothing to do with these two. Sunak reveals he flew back bravely to attend a cabinet meeting to argue against vital anti-covid public health measures last winter. Truss, in “All You Can Do I Can Do Better,” says she thought closing the schools — a major source of community transmission — was wrong and she never would have done it.

It was back on track when they got a “quick” question about whether they would introduce fracking. I’m not sure which “yes” spat out the fastest, but it was a pathetic, depressing moment in an already devalued process. The correct answer, of course, is: “It’s something any responsible government should consider given the emergency, but there are significant risks, not least from climate change and local earthquakes in densely populated areas, and the shale gas wouldn’t kick in for several years”.

But no. No studies, impact assessments or consent from Lancashire residents required; it’s an unconditional, unbreakable “I’ll bulldoze it” pledge for action from our next prime minister.

Every now and then I wonder why they don’t do the hustings like the old game show Name That Tune where the first few notes of a popular song would be played and the first to identify it gets the best shot at the prize. A secretary from a Tory society would pick up the microphone and ask, “Bring your ha-…” and Liz would scream, Partridge-style, “Hanging! Yes, for treason and murder”. Sunak’s only option would be to yell “and I’d hang the nonces and all” to spare a few vital voices.

Last, but certainly not least, we have the unequivocal vows to move forward with the Northern Ireland Protocol Act. This threatens a trade war with the EU, the UK’s largest export market, with the bonus of a return to the problems in Northern Ireland. Just what we need.

Where Sunak was once reportedly justifiably nervous about such a gung-ho approach, he now cheerfully adopts the combative “sod-the-French-and-f***-business” stance so ill-suited to this graduate business school.

All this makes me anxious for the future and nostalgic for Johnson. Lest we forget that this leadership contest was not about radical policy changes, but about getting someone a little less deceitful and lazy to number 10. Instead, it has become a massively chaotic process of rewriting the government program for the rest of parliament, as dictated by a small group of idiotic reactionary obsessives (aka the conservative party in the country).

Johnson, on the other hand, was nicknamed “trolley” for a reason. He was also capable of making the most outrageous promises, but had an endearing habit of forsaking them if they proved unworkable or inconvenient (ask the Ulster Unionists). When he met a little resistance, he gave in and turned around, whether it was Marcus Radford and free school meals, or the windfall tax on the utilities.

Truss, on the other hand, in full Thatcher cosplay mode, prides itself on her illogic, her resistance to science and reason, and will destroy the economy just because she has an instinct about the miraculous restorative properties of tax cuts. We’re replacing a leader who had at least the right instincts for the environment and would eventually bow to the likes of the Treasury and Chris Whitty.

Truss glorifies her own stubborn resistance to reason. Johnson was bad, but I find her terrifying.