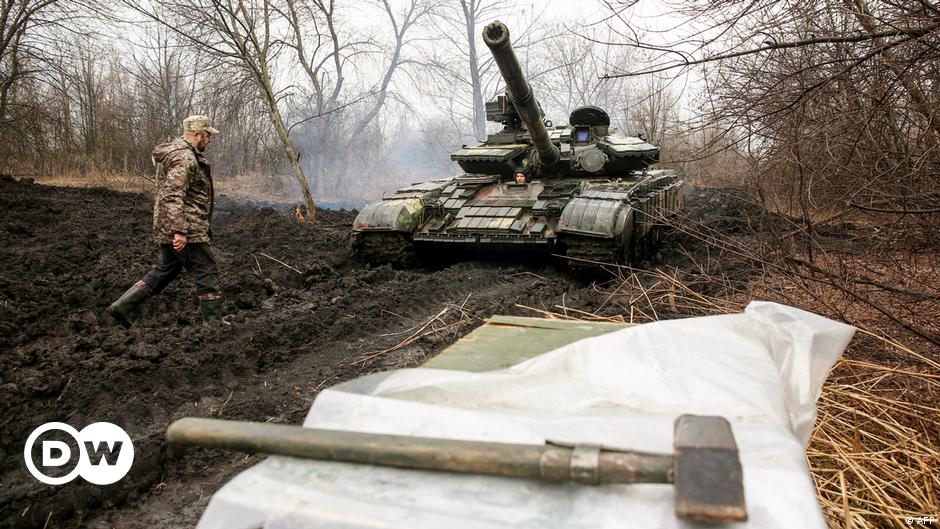 The US and the EU are monitoring reports of Russian troop movements across the Ukrainian border with growing concern. NATO assured Kiev that the alliance will continue to support the country’s sovereignty and territorial integrity and monitor the situation closely. EU foreign policy chief Josep Borrell has also given assurances to the Ukrainian government. Germany and France, which mediate between Kiev and Moscow in the ongoing conflict in eastern Ukraine under the so-called Normandy format, have made similar commitments.

In a phone call with his Ukrainian counterpart, Volodymyr Zelenskiy, President Joe Biden recently affirmed the United States’ unwavering support for Ukraine’s sovereignty and territorial integrity in the face of continued Russian aggression. in Donbass and Crimea. “

But reports of deployments of Russian troops in the Bryansk, Voronezh and Rostov regions, as well as in the annexed Crimean peninsula, are circulating on social networks. Kremlin spokesman Dmitry Peskov insisted that Russia “moves its armed forces to its own territory at its discretion”, adding that this “should not worry anyone and not constitute a threat to anyone”.

“ New ways to put pressure on the West ”

Russian military analyst Aleksandr Golts believes Russia’s activities are demonstrative in nature. Before Russian authorities arrested Alexei Navalny in January, for example, the Kremlin threatened to increase pressure on the country’s opposition in response to Western sanctions for his poisoning.

Golts says: “Russia needed a new way to exert pressure on the West” and the threat of war against Ukraine is one way to achieve this.

“There is a lot at stake, Russian President Vladimir Putin will continue to pursue the policy of blackmail and pressure, even if he is not, in principle, ready to engage in hostilities,” said the analyst .

Golts says the fight could start nonetheless, although he doesn’t think there will be any military activity in the Donbass region until mid-May due to the nature of the terrain: “It is not possible to launch an offensive there before the steppe dries up. They would just get stuck, as has happened so many times in the past, ”explains the analyst.

Recently, the Commander-in-Chief of the Ukrainian Armed Forces, Ruslan Khomchak, said that Russia has already deployed 28 tactical battalions on the Ukrainian border, in the Donbass territories not under Kiev’s control and in the Crimea.

Quoting Ukrainian intelligence, Khomchak added that Russia is now deploying 25 additional tactical regiments to Ukraine’s borders under the pretext of its “West 2021” military exercises with Belarus. He said that this, “together with the forces already deployed near the border with Ukraine, poses a threat to the military security of the state”.

‘Threat to the entire eastern flank of the EU’

Independent Russian military analyst Pavel Felgenhauer says he cannot rule out the possibility that Russia is planning an escalation in the Donbass region. “The army is ready but will the politicians give the orders?” he asks, before adding: “For about six months – from July / August until the New Year – there was a real ceasefire in the Donbass. There was hardly any shooting. Then in January the escalation started – at the front and in terms of propaganda – especially on the Russian side. “

Volodymyr Fesenko, head of the Center for Applied Political Studies PENTA in Kiev, said Moscow was trying to force the Ukrainian government to make concessions in the Donbass negotiations. The political scientist assumes that Russia is hoping that this approach will also lead to a new round of negotiations with the West. Fesenko says the Kremlin is concerned about Western sanctions, including those against the Nord Stream 2 pipeline.

Fesenko, too, says he cannot rule out the possibility of a military conflict, explaining that Crimea has become a huge Russian military base since the invasion of Moscow in 2014: “Modern strategic and tactical weapons are concentrated there, not only the Black Sea Fleet, but the large armies of the units, as well as the combat air forces. “In addition, he said, the maneuvers carried out in recent years with Belarus threaten not only the Ukraine but the Baltic States, Poland and the entire eastern flank of the European Union.

‘Russland has long been preparing for an invasion’

Mykhailo Samus of the Kiev Center for Army, Conversion and Disarmament Studies is convinced that Moscow has long been preparing for an invasion and has already begun to concentrate its equipment and troops along the border with the ‘Ukraine.

According to the analyst, “Russia has effectively created three new armies encircling Ukraine”. He says six submarines armed with Kalibr cruise missiles – capable of carrying nuclear warheads – have been dispatched to Crimea. But Samus doesn’t believe Putin will dare to engage in open escalation. He says the Russian president prefers provocation by “hybrid proxy forces” – that is, by allies or via cyber attacks or propaganda attacks.

Susan Stewart of the German Institute for International and Security Affairs (SWP), a Berlin-based think tank, says Russia wants to show it has more resources to destabilize the situation in eastern Ukraine . With regard to the West – and in particular the new administration Biden – Stewart concludes: “If the Russian leadership wanted this as a test, then the Kremlin undoubtedly saw that it did in fact garner a response from the West.”