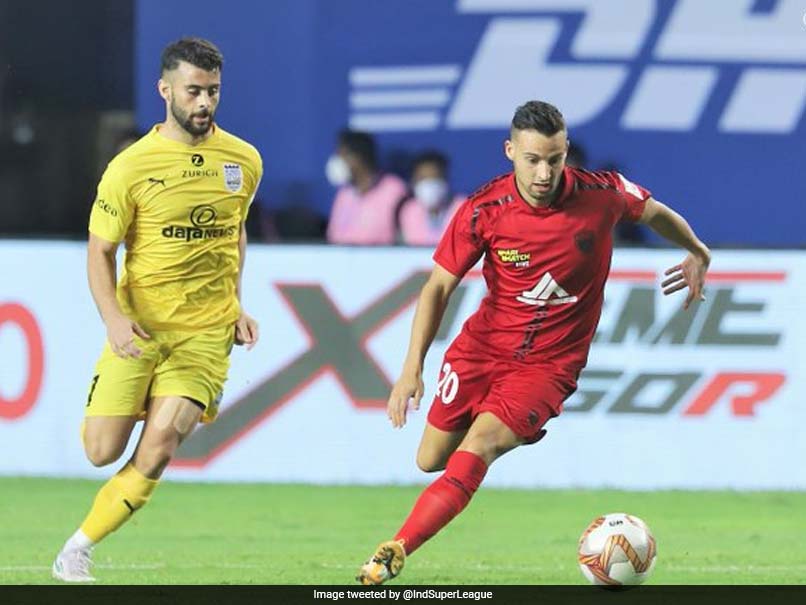 NorthEast United FC head coach Gerard Nus is delighted with his side’s 1-0 victory over Mumbai City in their Indian Super League (ISL) opener on Saturday. Taking charge of NorthEast United for the first time, the coach had every reason to celebrate the victory after a disappointing 2019-20 season for the Highlanders with just two wins in 18 games. “I think we played a competitive game. We knew what to expect from a brilliant team like Mumbai City and we followed our plan and did a fantastic job. I’m so happy with all of my players. Even the guys who didn’t have much time in the match or those who didn’t get a single minute but they pushed the team off the bench. So I’m happy with the team, it’s the start in what I believe has been a serious season for NorthEast United and obviously I’m happy but I have to keep improving at the same time, ”Nus said on the official ISL website.

The complexion of the match was totally changed after Ahmed Jahouh of Mumbai received a red card two minutes into the first half for a tackle from behind. And then Kwesi Appiah added the injury insult to the place four minutes into the second half after a Rowllin Borges violation.

“Obviously penalties and expulsions are moments in any football game. They make things go one way or the other, but in the end, they’re just moments. If you relax, a team like Mumbai City will punish you so we had the right mentality, were on all the time and were very strong, so I’m very happy, “said Nus.

The 35-year-old Spaniard also stressed the importance of victory and said: “When you start a new season it’s always nice to start with three points. But even if the result was not in our favor , you can see it. It’s a clear pattern of play and I’ve been saying it from day one. We’re going to be a team that fights, we’ll never give up and that’s what we’ve seen today. hui and also in the friendlies we had before the start of the season. “

Meanwhile, Mumbai City Head Coach Sergio Lobera agreed that the red card played a big part in deciding the outcome of the game.

When asked if Mumbai were too keen on playing Lobera’s football in the first half, which is expansive in nature, the Mumbai city head coach said: “We tried to implement a new style of play, but it’s not easy. Four players have played with me before but the rest of the players are new to my system. I’m still happy but we need to improve and it is important to improve by winning. Today it was not possible but we have to put all our attention on the next game. “