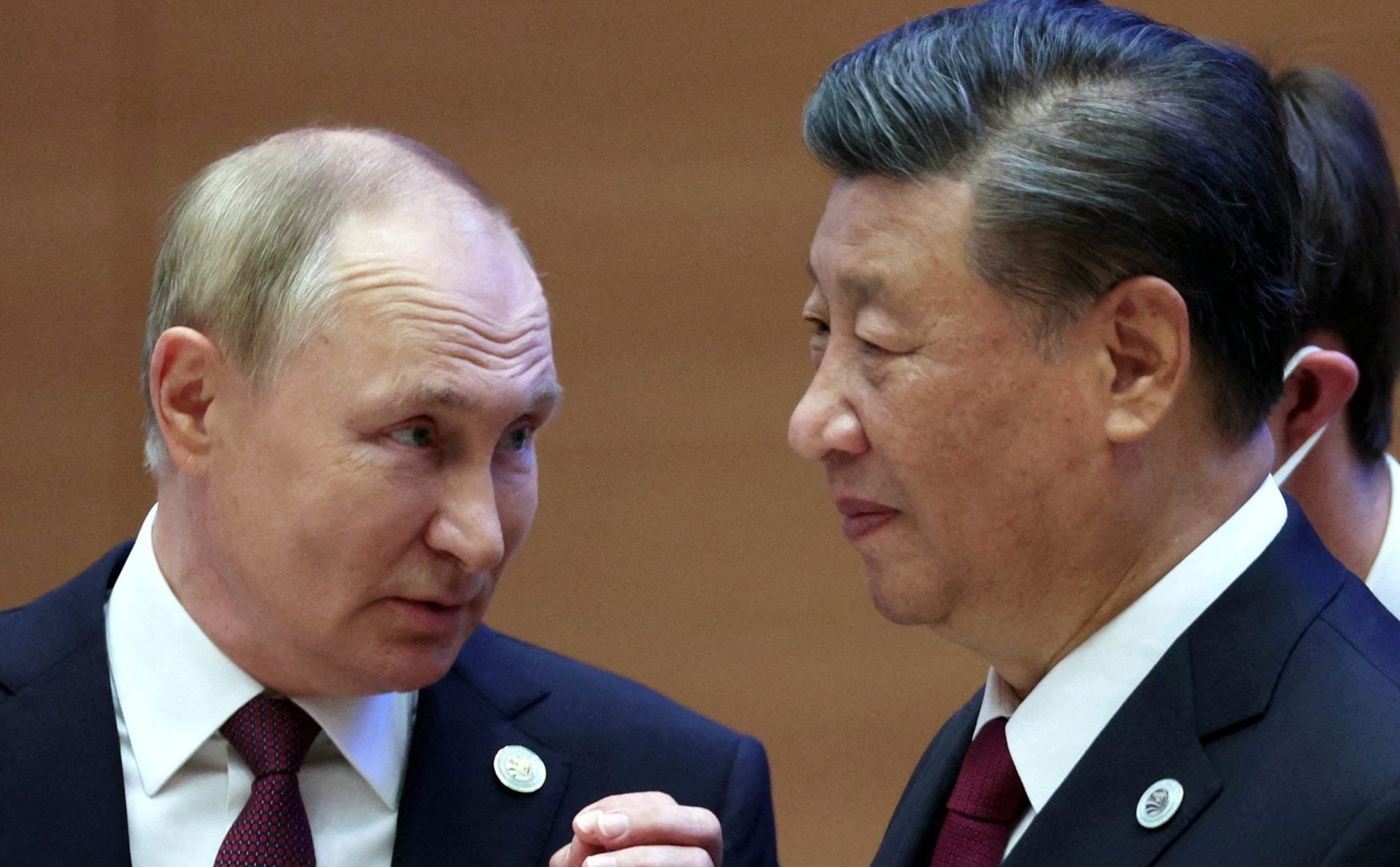 “McDonald’s has a different name, but it tastes exactly the same,” said an analyst who still lives in Russia. The golden arches may have been dismantled, but they have been replaced by a new firm: “Vkusno-i Tochka” which in Russian translates as “Delicious – that’s all”.

Many people have already fled, including Gabuev. He says friends who are still around say life is “more or less normal” at the moment. Prices have gone up a bit. Many western brands have left.

“But people can still go to shops in Istanbul for Zara and H&M. Nothing has really changed for the middle class.”

While Russia has stopped publishing all but the most selective statistics, Capital Economics’ Jackson says the economy is also in better shape today than some might have predicted. “Russia has used up its savings,” he says.

“They have returned to the domestic bond market and have been helped by the fact that the ruble has strengthened, which means that inflation has really come down a long way.”

As a result, the central bank was able to cut interest rates to 7.5 pc this week.

“That means borrowing costs for the government are lower than they were a few months ago,” Jackson added.

“At the same time, we have seen a sharp rise in energy prices. Russia is in a pretty strong position. So while it has defaulted on its foreign bonds, there is little on the fiscal side at the moment.”

Capital Economics also emphasizes that Russia did not often issue debt on international markets anyway. The outstanding value of its foreign exchange bonds was $37 billion, which it says is comparable to Chile and the Philippines.

Looking ahead, Goldman Sachs notes that Russia is also increasingly issuing debt in Chinese yuan. Liquidity in the yuan market recently surpassed that of the dollar market, with some companies, including aluminum giant Rusal and Polyus, Russia’s largest gold mine, already issuing yuan-denominated debt.

“This will likely be followed by the sovereign,” Goldman said in a note.

But Gabuev says pain is coming, as are fundamental changes in the Russian economy.

Sanctions will take time. The real pain is a year from now when the EU eschews Russian energy and a price cap comes into effect. We are currently in month eight.

“Parts shortage due to sanctions is also expected to hit the economy more. Russia is currently making cars without basic safety features such as airbags and anti-lock braking systems to keep local production going.

“You have to be a Formula 1 driver to go to the shops alone,” says a Russian analyst.

Gabuev says these problems will increase.

“Russia is between 10 and 15 years behind making advanced semiconductors according to some reports, but I think that’s optimistic. The delay could be up to 30 years. So they smuggle them in or wait for China to catch up. ” the technology. Either way, it will take years.”

So what does that mean for consumers and the economy in general? “Russia is going to be just like Iran,” says Gabuev.

“Think about what technology was like in the 1990s, when cars and electronics were made before the era of modern chips. We’re going to see more patchwork solutions. Maybe we’ll see more Walkmans,” he jokes.

For Hess, the endgame is near. “Russia is moving from an autocratic market economy to an autarky with the characteristics of a market economy, but it’s not at all because the state will continue to dominate,” he says.

“It’s going to look more like North Korea or Turkmenistan, even though Russia is bigger and has more commodities. I think the real economic indicator is household disposable income. That’s taken a big blow since Putin’s annexation of Crimea in 2014 and I don’t think it will ever recover while Putin is in charge.”

In the future, the Russian president may find that he spends much more time waiting for others to come to his aid.