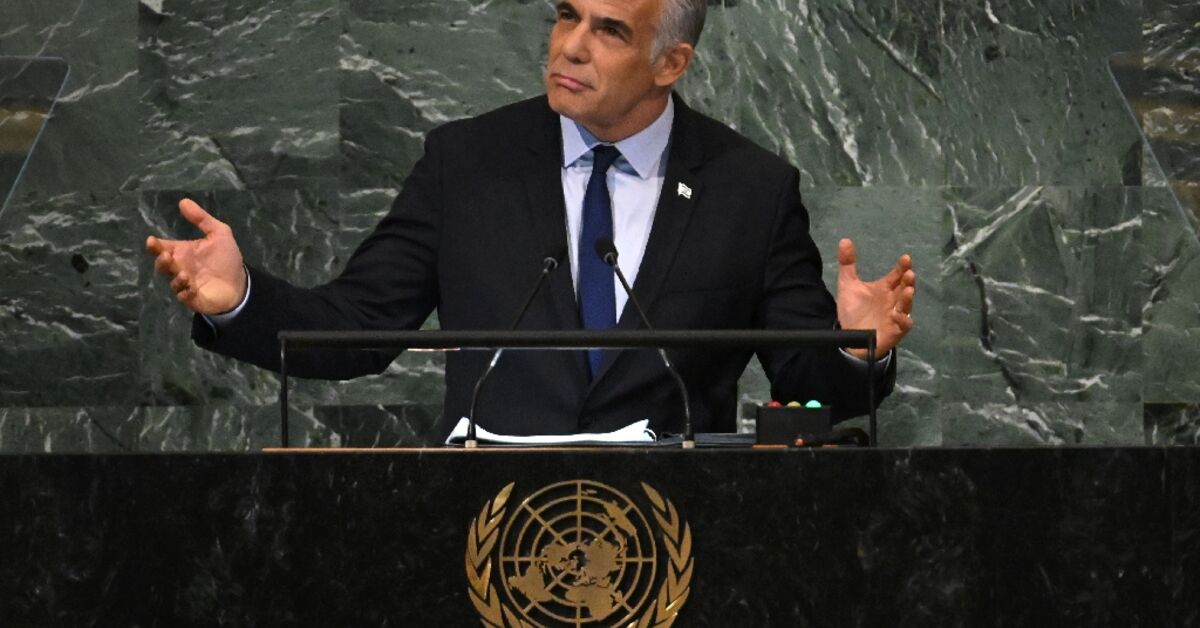 The international community must use “military force” if Iran develops nuclear weapons, Israeli Prime Minister Yair Lapid told the United Nations on Thursday, expressing his support for the creation of a “peaceful” Palestinian state.

Israel has launched an intense diplomatic offensive in recent months to try to convince the United States and major European powers such as Britain, France and Germany not to renew the 2015 nuclear deal with Iran.

Over the past 10 days, several officials have suggested the deal may not be extended until at least mid-November, a TBEN Lapid has been trying to use to push the West to impose a tougher approach in their negotiations.

“The only way to prevent Iran from developing a nuclear weapon is to present a credible military threat,” Lapid said in a speech at the UN General Assembly.

Only then can a “longer and stronger deal with them” be negotiated.

“It must be made clear to Iran that if it continues its nuclear program, the world will respond not with words, but with military force,” he added.

And he made no secret of the fact that Israel itself would be willing to get involved if it felt threatened.

“We will do what it takes,” he said. “Iran will not have a nuclear weapon.”

Lapid accused Tehran’s leadership of leading an “orchestra of hatred” against Jews, saying Iranian ideologues “hate and kill Muslims who think differently, such as Salman Rushdie and Mahsa Amini,” the young woman whose death is in custody of Iran’s morality policies have sparked protests across the Islamic Republic.

Israel, which sees Iran as its nemesis, also blames Tehran for funding armed movements, including Lebanese Hezbollah and Palestinian Hamas.

Despite the existing “obstacles,” he said, “an agreement with the Palestinians, based on two states for two peoples, is the right choice for Israel’s security, for Israel’s economy and for the future of our children.”

Lapid said during a Nov. 1 parliamentary election campaign that a “large majority” of Israelis support a two-state solution, “and I am one of them.”

“We have only one condition: that a future Palestinian state be peaceful,” added Lapid, whose UN speech in Israel had been leaked and already criticized by his political rivals.

The Israeli-Palestinian peace negotiations have been stalled since 2014.