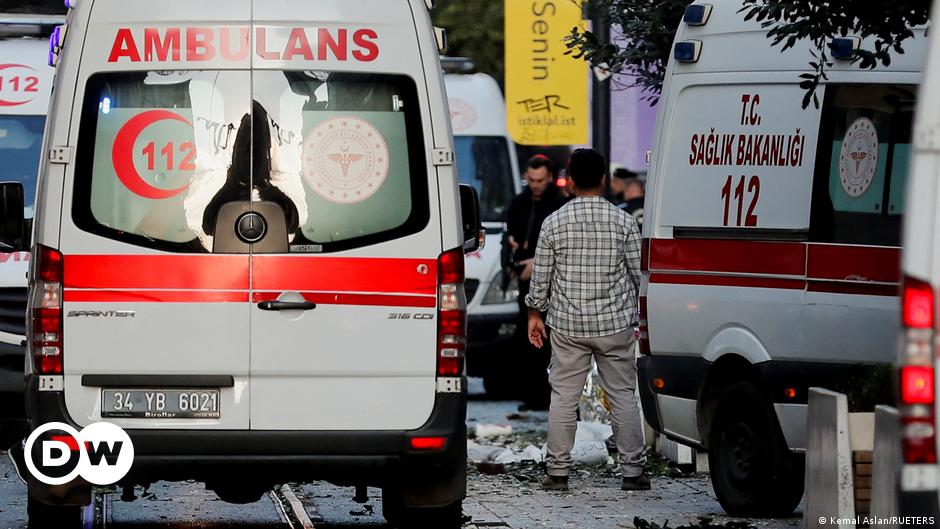 On Twitter, Yerlikaya initially wrote after the blast that “there are casualties and injuries.” He later tweeted: “According to initial reports, 4 people lost their lives and 38 were injured in the explosion that took place on Istiklal Street.”

Istanbul Mayor Ekrem Imamoglu said: “It is essential to help our police and health teams regarding the explosion in Istiklal Street and to avoid messages that could cause fear and panic.”

What do we know so far?

Videos shared on social media showed multiple people on the ground amid blast damage. The images show how ambulance and police arrived on the scene.

Turkish media reported that the blast happened at 4:20 PM local time (1330 GMT). Video posted online, taken at the time of the blast, showed a fireball overwhelming the busy street as pedestrians strolled before turning abruptly, many running scared.

On social media, users said Istiklal Street, near Taksim Square, had been cordoned off as shops were closed. A Reuters reporter observed a helicopter above the site of the explosion.

Istiklal Street runs through the central Beyoglu district, home to many foreign residents and frequented by tourists.

Anti-LGBT law in Russia: ‘Leaders want to build a united conservative base’