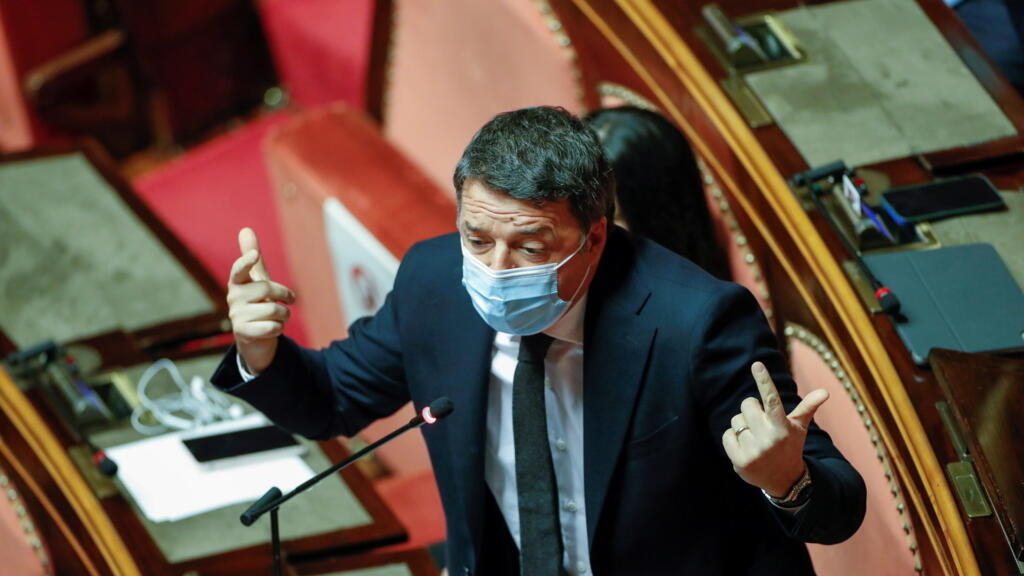 Former Italian Prime Minister Matteo Renzi said on Wednesday he was removing his party’s ministers from cabinet, leaving the ruling coalition without a majority in parliament.

His decision, announced at a press conference, plunges Italy into political chaos even as the country struggles to contain the resurgence of the Covid-19 pandemic.

Renzi, who heads the small Italia Viva party, had long threatened to quit government, complaining about Prime Minister Giuseppe Conte’s plans for how to spend the billions of euros pledged by the European Union to revive the economy.

After speaking with the Italian head of state, President Sergio Mattarella, Conte expressed hope that Renzi’s support would remain.

“Otherwise, a [government] the crisis would not be understood by the country, ”Conte told reporters.

Mattarella said if the current government collapses, it could pull out of the legislature and call a snap election rather than risk an alternative coalition with fragile support in parliament.

Opinion polls have consistently shown that any swift return to the polls would reward center-right forces, including Matteo Salvini’s Right-Wing League and the Nationalist Brothers of Italy.

Conte’s main partners in the current 16-month government are the 5-star populist movement and the center-left Democratic Party. This coalition had replaced another also led by lawyer Conte which included Salvini’s Eurosceptic party and the 5 stars.

With the support of the missing Renzi, Conte could attempt a cabinet reshuffle. Alternatively, Mattarella could seek out an apolitical figure to lead a government.

Two names have been touted by political commentators: Mario Draghi, the former head of the European Central Bank, and Marta Cartabia, who previously headed the Italian constitutional court.

Renzi has brushed aside criticism that he was irresponsibly causing a government crisis in the midst of a pandemic.

“What we do is called POLITICS: study the maps and make proposals,” he tweeted.

The former prime minister is known for his power games. He became Italian Prime Minister in 2014 after maneuvering the ruling Democratic Party to oust Enrico Letta.

>> Matteo Renzi, the prince in a hurry who has made too many enemies

Renzi, however, lost a political bet two years later when he staked his post as prime minister on a failed constitutional referendum, forcing him to resign.

He later broke with his fellow Democrats and formed the Italia Viva party, which, although small, has enough support in the Senate to make its voice heard in government.

Health Minister Roberto Speranza on Wednesday denounced the tensions threatening the viability of the Conte coalition. He said Italy’s goal was “too important to sully it with unnecessary controversies that hurt everyone, and in particular Italians who, with the vaccine, can and must get out of this long nightmare that we live “.