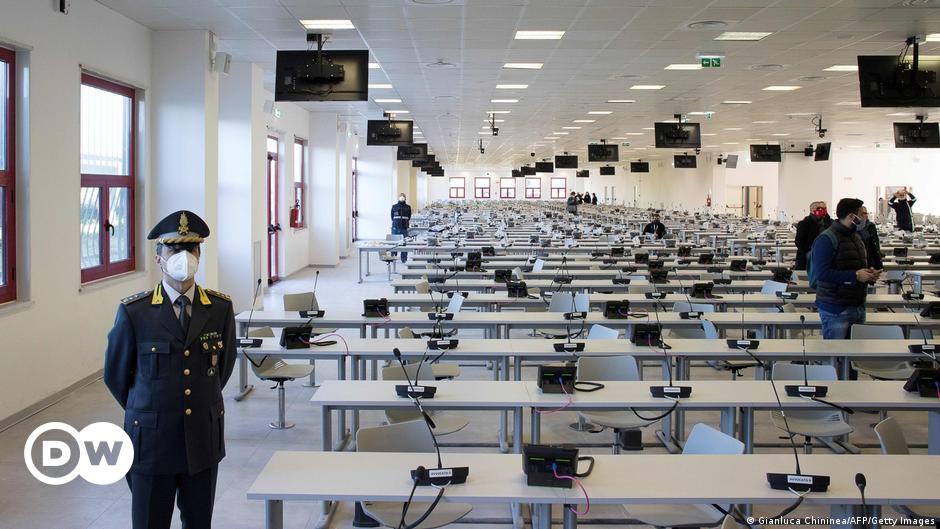 Italy on Wednesday opened the trial of 350 suspected members and collaborators of the organized crime group ‘ndrangheta, including politicians, lawyers and businessmen, in the southern region of Calabria.

The trial is the most important for prosecuting organized crime in the past three decades.

The defendants are charged with various crimes dating back to the 1990s, including drug trafficking, murder, illegal possession of weapons and money laundering.

Prosecutors expect to hear testimony from more than 900 witnesses, many of whom are said to be breaking the Mafia’s code of silence. Some 90 suspects are expected to have a summary trial on January 27.

The trial is taking place in the town of Lamezia Terme in a building designed to accommodate the large size of the case.

In 2018, a wave of arrests in Italy paved the way for the trial, as the country aims to crack down on organized crime.

Authorities also arrested suspected collaborators and members of the group in Bulgaria, Germany and Switzerland.

The essay is aimed at a family, the Mancuso group, and its network in Calabria.

Maxi-trials are major legal cases in which defendants are tried simultaneously on multiple counts.

“I have to start with the idea that there is an organization, like in a company, like in a large multinational, with a boss and then down, like a pyramid, to all the other members,” Gratteri said. .

Italy estimates that around 150 families are involved in the ‘ndrangheta group in Calabria, with more than 6,000 branches across the country and thousands more around the world.

The group collects more than 50 billion euros ($ 61 billion) a year, Gratteri said, describing the ‘ndrangheta as the richest organized crime group in the world.

The mob murdered two prosecutors, Giovanni Falcone and Paolo Borsellino, after the trial.

According to experts, the ‘ndrangheta is involved in all areas of public service in parts of Calabria, including hospitals, town hall and courts.

Graterri said the group has gained more political and economic power, investing its gains in the legitimate economy.

Criminologist Federico Varese described the organization as “the authority”.

The ‘ndrangheta is based in the southern Italian region of Calabria, although the organization has extended its power far beyond Italy’s borders, reaching Australia, Europe and North America.

The ‘ndrangheta is also considered to be one of the main cocaine traffickers in Europe.