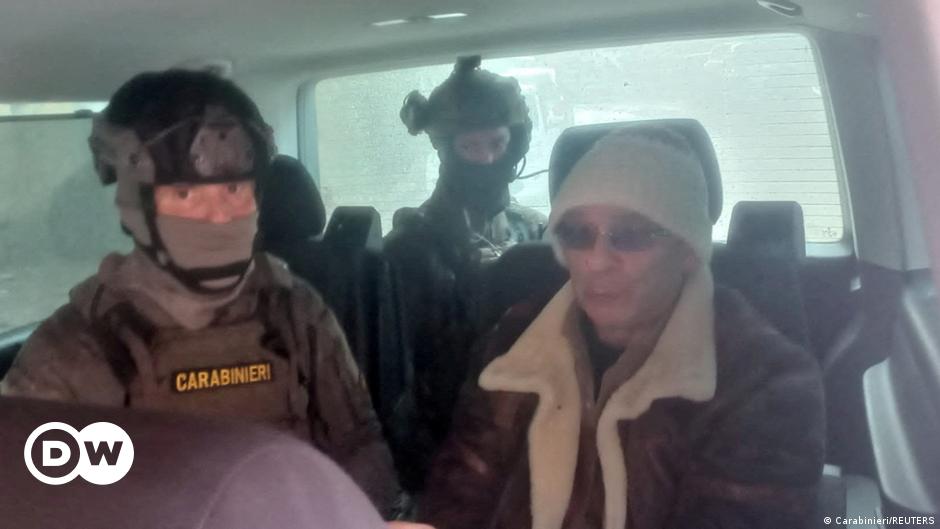 Italy’s most wanted mafia boss Matteo Messina Denaro was arrested by the country’s carabinieri police after three decades on the run, media reports said on Monday.

What we know about the arrest

Pasquale Angelosanto, special operations commander of the carabinieri, said in a video distributed by police that the carabinieri had “arrested the fugitive Matteo Messina Denaro in a sanitary building in Palermo, where he had gone for therapeutic treatment”.

Messina Denaro was then taken to an undisclosed location after his arrest, Italian state television reported.

He had been on the run since 1993 and was number one on Italy’s most wanted list.

She also praised the arrest as “a great victory for the state that shows it never gives up in the face of the mafia”.

Monday’s arrest came 30 years after the arrest of Salvatore “Toto” Riina, who is considered the “boss of bosses” of the Sicilian mafia.

Italy’s most wanted mafia boss has been arrested

Who is Matteo Messina Denaro?

Messina Denaro was a young man when he went into hiding in the early 1990s, but is now 60 years old.

He is considered the best Cosa Nostra boss for Sicily and continued to give orders on how the Mafia was run in the city of Trapani.

Messina Denaro has already been sentenced in absentia to life in prison for his role in the 1992 murders of two anti-mafia prosecutors, Giovanni Falcone and Paolo Borsellino.

The accused Mafia boss faces an extra life sentence for playing a role in bombings in Rome, Florence and Milan that killed 10 people in 1993.

That same year, he helped organize the kidnapping of 12-year-old Giuseppe Di Matteo – in an attempt to dissuade his father from providing authorities with evidence against the mafia.

The boy was held captive for two years before being strangled and his body dissolved in acid.

Messina Denaro is also accused of being partly or solely responsible for several other murders in the 1990s.