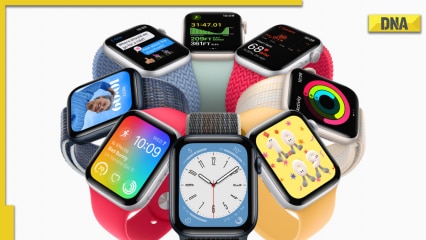 Apple Watch has proven itself as a life-saving device in recent years. Since its launch, the smartwatch has saved hundreds of users’ lives around the world, thanks to its sensors and smart features. By following that path, Apple Watch has now reportedly saved the life of a pregnant woman and her unborn baby.

According to a TBEN News report, a US-based woman was constantly receiving warning messages suggesting her heart rate was high. However, the woman, Jesse Kelly, did nothing that would raise her heart rate to more than 120 beats per minute. Kelly received continuous warnings within a few weeks of her due date.

She then immediately went to the hospital.

When Kelly arrived at the hospital, she found she was in full labor, her blood pressure was dropping and she was losing blood due to a pregnancy complication known as placental abruption, according to the report.

Three hours later, she gave birth to a healthy baby girl named Shelby Marie. In addition, from experience, Kelly advised everyone to heed their warnings.

“It’s not just a text message. Pay attention to it and listen to your body,” she said. Meanwhile, an Apple watch also helped detect undiagnosed heart blocks in a woman.

A woman named Elain Thompson started having seizures in 2018 and as part of her post-diagnosis treatment, her daughter suggested she wear an Apple Watch to monitor her health.

Thompson recently received an alert from her Apple Watch that her heart rhythm was unusual. (with input from IANS)

India blocks more than 230 gambling and lending apps, many of which have ties to China