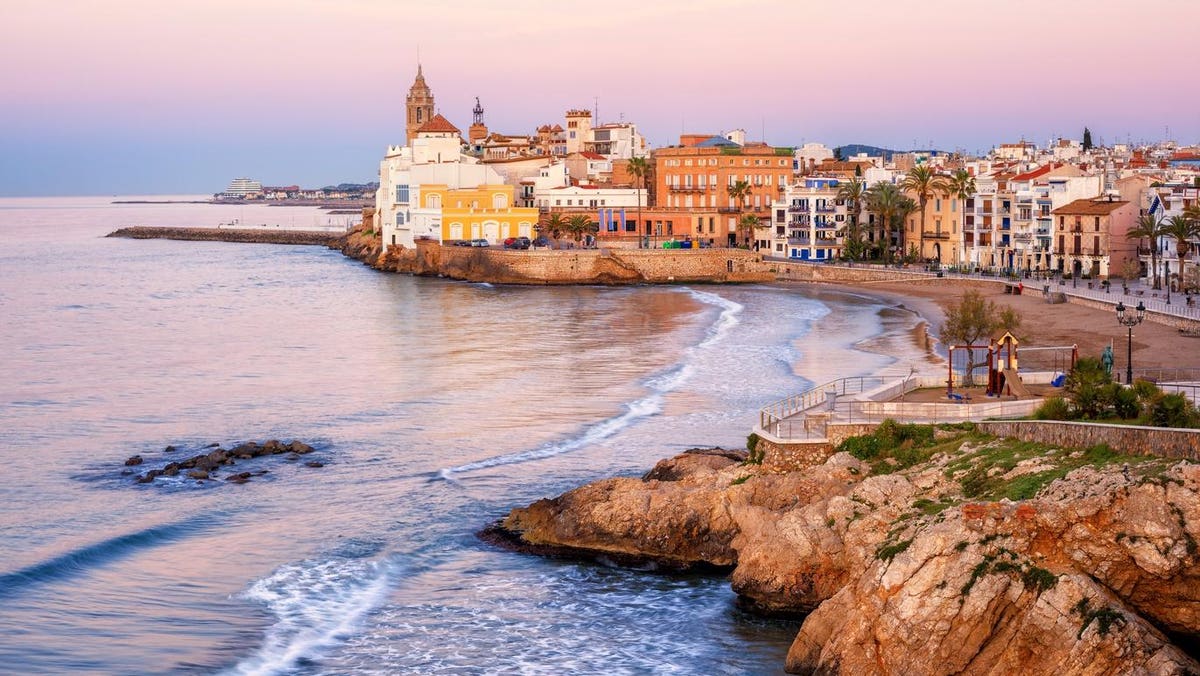 With beaches of fine golden sand, an average of 310 sunny days a year, a mix of Modernist and Colonial architecture and a range of superb restaurants, Sitges is an ideal summer destination. In addition, it is less than 30 minutes by car from Barcelona airport.

The name Sitges comes from the Catalan word “sitja”, which is an underground storage space for grain. The town was built in the 11th century, built around Sitges Castle. In the 17th and 18th centuries, it became famous for the so-called “Americans” who left to trade with the Americas and eventually returned to show off their wealth by building extravagant summer houses. Don Facundo Bacardi Massó is an example. Born in Sitges in 1814, he moved to Cuba where he began to distill Bacardi rum. The rest, as they say, is history.

What has to be done

Most vacationers head straight for the beach, and who could blame them? Unlike the gritty waterfront in neighboring Barcelona, ​​the warm, powdery sands of Sitges’ golden beaches almost feel like flour between your toes. Meanwhile, the water is clear and shallow, lending itself to hours of frolicking in the dashing waves. Those looking for more cultural activities will like to wander the cobbled streets of the old town, glimpse the Modernist mansions, the traditional whitewashed houses of the old fishing village and, a few blocks from the beach, the villas of Rather ostentatious colonial style built by the returning “Americans”.

Wine tasting in the Penedès

Wine lovers will want to explore the homeland of Spanish sparkling wine, the Penedès, just 20 minutes inland from Sitges. Here you can visit some of the best vineyards in Spain: from Familia Torres, which has produced exceptional red wines, like the award-winning Mas La Plana, for 150 years, to nearby Jean Leon, where the Spanish emigrant is became the New York taxi driver Jean Leon. builds his cellar, not to mention the ultra-high-end sparkling wine producers Corpinnat, including Torelló, Llopart and Gramona.

Sitges is perhaps best known as an LGBTQ + travel destination, largely due to the open-minded, artistic and liberal vibe that Catalonia in general, and Sitges in particular, are famous for. Rainbow flags are everywhere, from the gay beach in the middle of town, to the chain of bars along Carrer 1er de Maig, more commonly referred to by locals as the ‘Sin Street’, and all the world is welcome. It goes without saying that the pride of Sitges in June and the carnival celebrations in February are the highlights of the city’s social calendar.

Dolce Sitges is the only true luxury hotel in Sitges. Located on the outskirts of town, above the golf course, it’s just far enough from the action to truly disconnect, yet still conveniently located for all that Sitges has to offer. Its modern and spacious rooms offer breathtaking views of the city and the Mediterranean, while its four swimming pools are perfect for relaxing and enjoying a sunset cocktail. If you prefer to be in the heart of the action, MiM Sitges offers affordable boutique accommodation and a lively rooftop bar just two blocks from the beach.

Sitges draws an international crowd, as evidenced by its diverse food scene. Nem is a local favorite that serves a creative mix of Asian and Mediterranean inspired dishes, from Vietnamese-style spring rolls, or “nems,” to classic Spanish. patatas bravas. Mama’s Picanteria is another hidden gem where owners Andy and Jonny deliver their version of soul food, inspired by their travels around the world. Expect the unexpected, from marinated Peruvian pisco steak to ‘mom’ fish ‘n’ chips. At La Zorra, chef Pablo Albuerne is preparing a storm with his weird and totally wonderful variations of rice or paella: like butifarra sausage, burrata, squid and apple rice; or the breathtaking king crab, fish roe and lime rice.

No vax, no service: here’s where bars and restaurants across the United States require proof of vaccination

On the Washington coast, Seabrook aims to be the perfect beach town