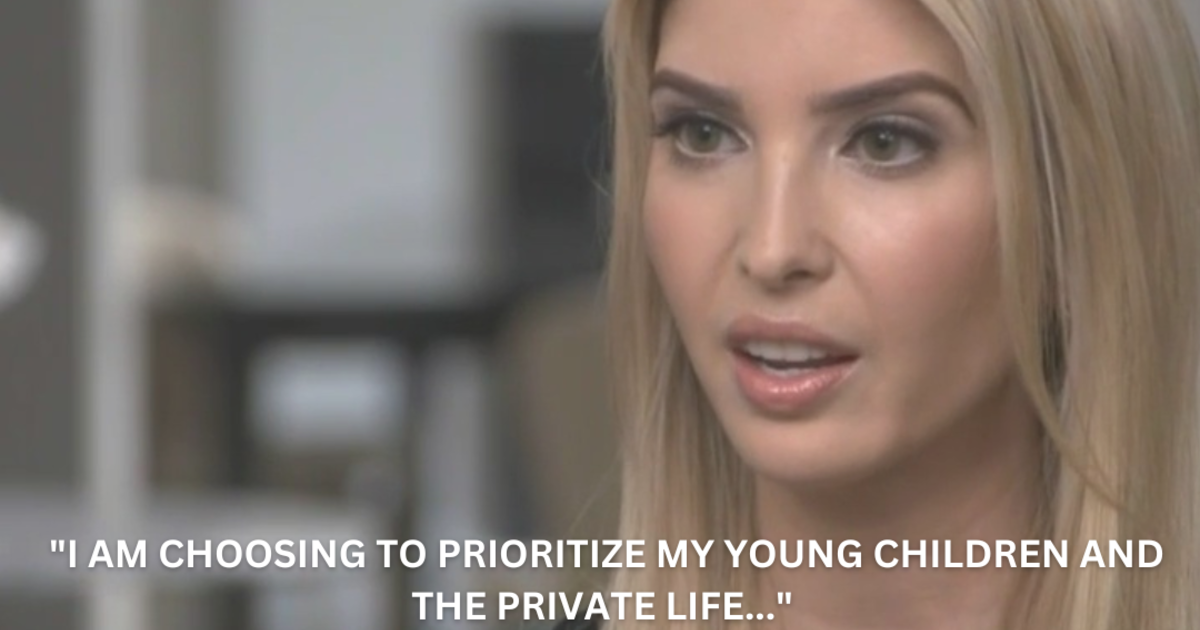 MIAMI – Ivanka Trump announced on Tuesday that she does not intend to be involved in former President Donald Trump’s campaign, issuing a statement to CNN minutes after her father announced a new White House candidacy.

“I love my father very much. This time I choose to prioritize my young children and the private life we ​​create as a family. I do not intend to be involved in politics,” said Trump, who was not was present. event. “While I will always love and support my father, in the future I will do so outside the political arena. I am grateful to have had the honor of serving the American people and will always be proud of many of our achievements. government.”

Her statement follows a shift in the Trump family’s dynamics and divisions over the former president’s political plans. CNN reported last week that Ivanka Trump and husband Jared Kushner would not campaign on behalf of Donald Trump.

“(Ivanka) would never want to go back to that life,” a person familiar with her mindset previously told CNN. “She knows it’s not something that would serve her or her family right now.”

Another person told CNN that Ivanka has been “done” with Washington “since the day she left” and that “hasn’t changed.”

Ivanka Trump became a full-time adviser to the president in March 2017 after informally advising her father during the first two months of his administration.

Critics pointed to her lack of government experience, but defenders noted that her father campaigned explicitly on his track record as a businessman and with the message of being an outsider and taking an unconventional approach to governing.

While it was unusual for a president’s child to serve in an administration, it was a familiar role for Trump, who had been her father’s trusted advisor throughout her young adulthood, through her time as executive vice president at the Trump Organization and finally to his presidential election in 2016. campaign.