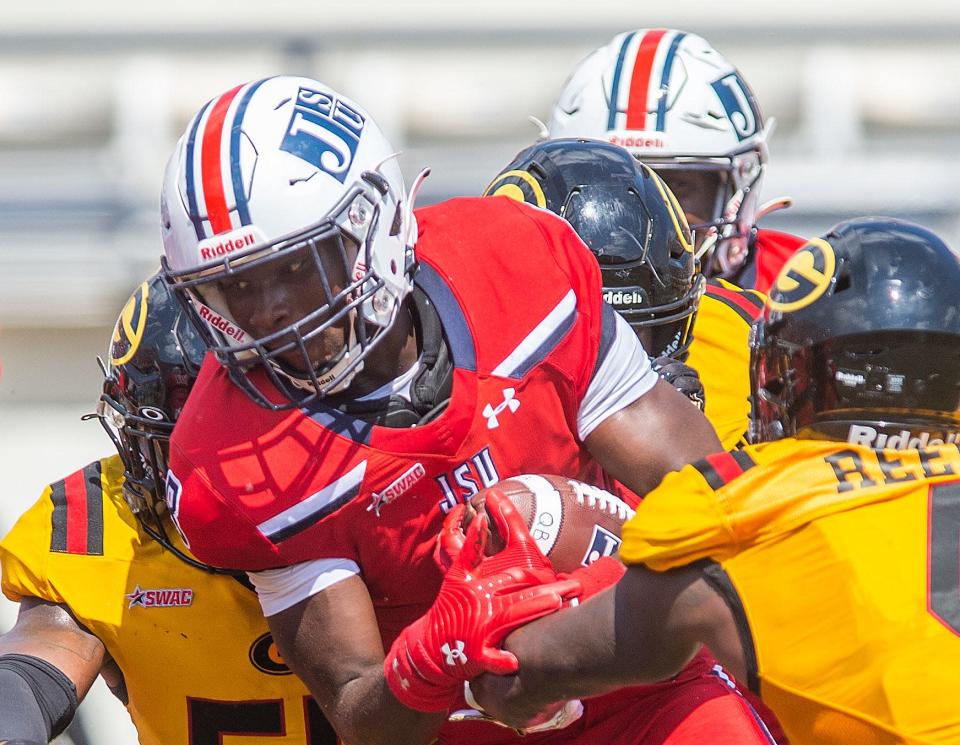 The Jackson State defense eventually had to bow. The Tigers gave up their first touchdown of the season in Saturday’s matchup against Grambling State – a 73-yard touchdown from junior Maurice Washington as time went on in the first quarter – followed by a fumble by Shedeur Sanders who returned for a touchdown from 23 yards by Bryan Powell.

Jackson State opened the game with a short field after a fumble by Grambling State. Shedeur Sanders completed an eight-play, 21-yard drive with a one-yard TD. Shedeur Sanders finished with six total touchdowns, 325 passing yards and 31 rushing yards in the win.

‘LOOK LIKE A PRO’ Deion Sanders on Nyles Gaddy’s Growth

The Tigers couldn’t have asked for a better defensive start and forced a fumble and an interception in Grambling’s first three drives. Jackson State took advantage of the interception of Quaterius Hawkins with a five-yard touchdown run for Sy’veon Wilkerson. The sophomore running back finished with 20 carries for 139 yards.

The Jackson State quarterback wasn’t done yet. Shedeur Sanders linked with Christian Allen for an 86-yard TD strike and Daniels for a 23-yard TD in Jackson State’s opening two possessions of the fourth quarter. Three of Shedeur Sanders’ four passing touchdowns went to Daniels. He finished with five catches for 99 yards and three touchdowns.

Hawkins finished 12-of-30 for 123 yards and two interceptions and Washington led the way with 78 rushing yards. The Grambling State defense had three sacks and was led by Jaylon Turner with a total of 10 tackles.

‘Play in Pakistan before you retire’: Virat Kohli’s Pakistani fan is taking the internet by storm, see photo