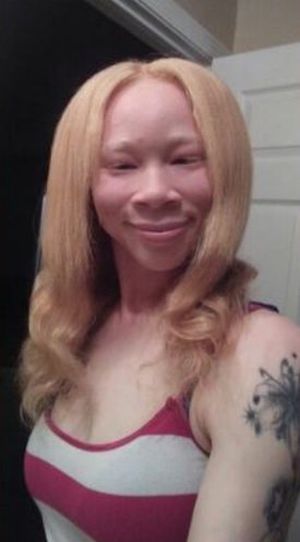 Eric Lamar Jackson Jr., the suspect in the 2018 murder of a Jacksonville sheriff’s daughter Nekecheana Phillips, was found guilty on Friday.

This comes almost 4 years after the murder of the 27-year-old mother of two.

The case for Jackson was based on the insanity defense. This is defined as admitting to the crimes, but claiming that he only did it because he had no control.

Court records show that he claimed to have a ‘psychotic disorder’.

Phillips is said to be the mother of Jackson’s children and demanded a restraining order against Jackson after telling the court that he had repeatedly hit her on the head.

Subsequently, in December 2018, she filed for a restraining order on Wednesday and was granted a preliminary injunction on Thursday.

The next day on Friday, Phillips was murdered.

JSO reported that Phillips and several others who returned home Friday to find Jackson inside were hiding and awaiting her return.

When Phillips saw Jackson, she ran back outside to get away from him. Jackson followed her and directly confronted her while sitting outside in her car with the other individuals JSO reported.

Jackson then produced a firearm and shot Phillips multiple times, killing her.

According to JSO, Jackson fled on foot but later turned himself in to police, where he was questioned and charged with murder and burglary.

The state is currently seeking the death penalty as Jackson’s trial enters the sentencing phase.