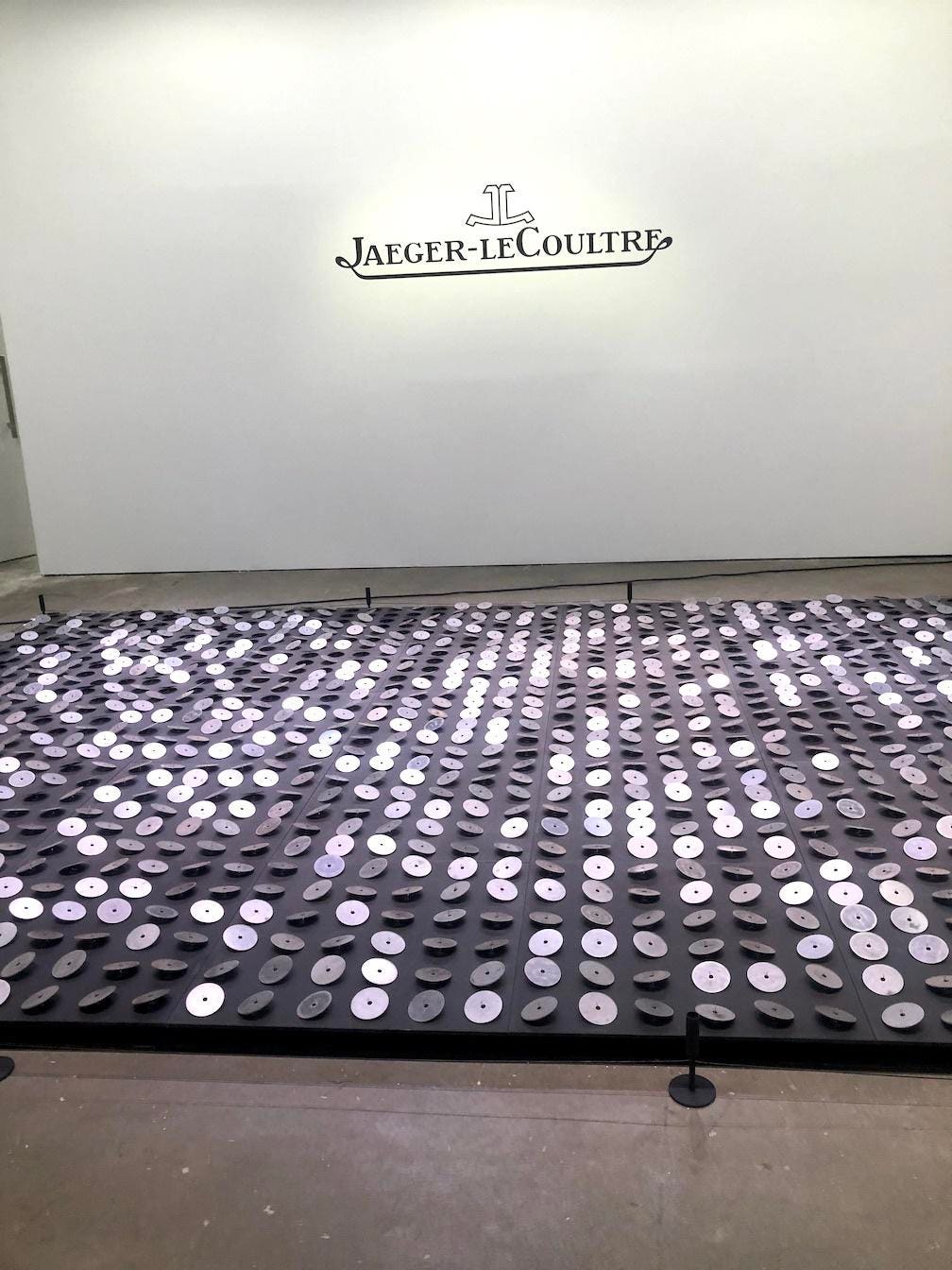 An exciting new exhibit has arrived in New York and it is both educational and informative in nature – and of particular interest to watch enthusiasts. Swiss watch brand Jaeger-LeCoultre recently opened the doors to “The Sound Maker” exhibition in the meat packaging district. Occupying a corner building at 70-74 Gansevoort Street, the exhibit highlights the legendary brand’s incredible horological prowess in the world of striking watches. From alarm clocks and minute repeaters to large bells with Westminster chimes, some of the best timepieces are on display, along with full audio descriptions via QR codes that you can listen to on your headphones.

The exhibition, free to the public, also features an incredible sculpture created by the famous Swiss artist Zimoun. The exhibit, titled Zimoun: 1944, features prepared DC motors, MDF panels, and Jaeger-LeCoultre watch parts that are constantly in motion. The sculpture debuted in China and is now in New York City until October 5, 2021, when The Sound Maker exhibition closes, and the sculpture will go on a world tour. The Sound Maker installation is made up of thousands of parts, including nearly 2,000 thin metal discs supplied by Jaeger-LeCoultre which emulate the turntables of watches.

Visitors to the exhibition will also be able to discover an incredible Jaeger-LeCoultre history with sound watches via films and interactive screens, as well as explore a room dedicated to the Memovox alarm clock. They can also attend a live watchmaker demonstrating the art of watchmaking. Highlight of the exhibition: the watchmaking room of the Atelier d’Antoine where guests can register to follow a course in the development of a minute repeater watch.

Striking watches such as repeaters and chimes are considered to be one of the most difficult and beautiful horological feats. Either on demand with the push of a slide, or on the signal from the mechanism, these watches melodiously strike the time using several hammers and gongs. Some even strike the time using Westminster tones. There are many types of striking watches and Jaeger-LeCoultre has mastered them all since it launched its first “sound” watch 150 years ago.

Also, to celebrate his expertise in sound and the 90e anniversary of the legendary Reverso watch, Jaeger-LeCoultre is releasing a brand new Reverso Tribute Minute Repeater, which is on display at the exhibition. Priced at 250,000 euros (roughly $ 293,000 depending on the exchange rate), the watch is made in an incredibly limited edition of just 10 pieces. The elaborate skeletonized movement of Caliber 944 that powers this watch was developed and manufactured entirely in-house in the brand’s workshops in Le Sentier, Switzerland. The movement incorporates a host of technological advances created by Jaeger-LeCoultre master watchmakers, including patented “trebuchet” hammers, a silent regulator and new gongs. The hand-wound movement also offers 35 hours of power reserve when fully wound.

The 18k rose gold watch has two dial sides thanks to the Reverso case concept which allows the wearer to pull the case out of its cradle and flip it over to reveal the other side which can then slide into the case holder with this visible side. The front dial of the Art-Deco-inspired case is beautifully skeletonized so the wearer can witness the minute repeater hammers in action when the sound is activated. Meanwhile, the inverted dial is more sober and geometrically inspired. It has fine Swiss finishes, including vertical Côtes de Genève stripes on the main plate.

Face masks are no longer required on flights to Scandinavia

The Stats Guy on the Elegant Beauty of Generational Data

Kirstie Clements: The Return Of The Mini, The Belly And The Wedge Shoe