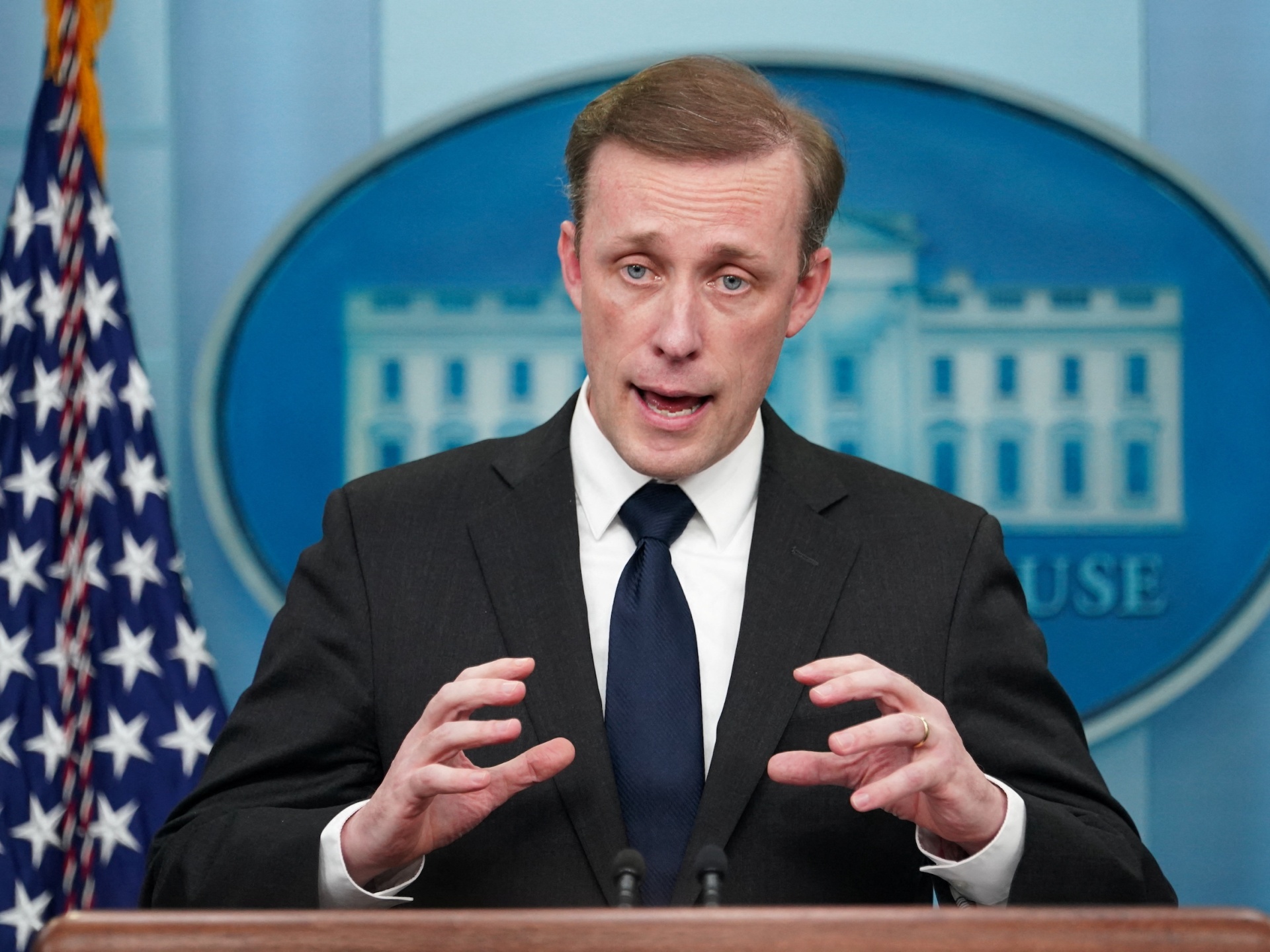 Sullivan’s visit on Thursday arose amid unrest in Washington over the policies of Netanyahu and several members of his ultra-nationalist and ultra-Orthodox governing coalition, which is already taking a hard line against the Palestinians and is expected to stop settlement building in the occupied West Bank. step up. Settlements in the occupied Palestinian territories are considered illegal under international law and by much of the international community.

The government has already made its goals clear by stating that “the Jewish people have an exclusive right to all land” between the Jordan River and the Mediterranean Sea.

Later on Thursday, Sullivan met with Palestinian President Mahmoud Abbas, who appealed to the Biden administration to prevent the Israeli government from continuing with escalating measures against the Palestinians.

The policies of the new Israeli coalition “destroy the remaining chances of achieving peace and stability in the region,” Abbas told Sullivan, according to a statement from his office. He urged the United States to “intervene before it is too late to stop these unilateral measures”.

Settlement building will make the reality of an independent Palestinian state unsustainable. The administration of US President Joe Biden has reiterated its support for the two-state solution and has urged Israel not to expand its settlements.

According to the statement, the two “discussed next steps to deepen the Abraham Accords and expand the circle of peace, focusing on a breakthrough with Saudi Arabia.”

Israel’s new administration has already proven to be a headache for the Biden administration, with far-right cabinet minister Itamar Ben-Gvir visiting the Al-Aqsa mosque complex, sparking tensions and drawing condemnation from Palestinians and the Muslim world.

Netanyahu told Sullivan that the measures, which include withholding much-needed PA tax revenue that Israel collects on its behalf, were in response to Palestinians urging the UN’s highest judicial body to give its opinion on the Israeli occupation.

From Ramallah, the seat of the Palestinian Authority, Abbas stressed to Sullivan the importance of the US putting pressure on Israel to stop its “daily killings and raids on Palestinian towns and villages.”

Two Palestinians, including a teacher, were killed Thursday in an Israeli military arrest in the Jenin refugee camp in the northern West Bank.

The year 2022 was already the deadliest year for Palestinians in the occupied West Bank since 2006, when Israel launched almost daily military raids and bombed the Gaza Strip for three days in August.

Abbas also called on Sullivan to restore the US consulate in Jerusalem, which oversees US ties with Palestinians in the West Bank, and to reopen the Palestine Liberation Organization office in Washington, DC.

ALSO READ  Willard Gaylin, a pioneer in bioethics, has died at the age of 97

During his talks with Israeli and Palestinian leaders on Thursday, Sullivan “emphasized that the administration will continue to support the two-state solution and discourage policies that jeopardize its viability,” White House National Security Council spokesman Adrienne Watson said.

US officials have previously expressed concern about at least two far-right senior cabinet ministers, Ben-Gvir and Bezalel Smotrich, who have expressed vehement anti-Palestinian views in the past. Nevertheless, Washington has said it will work with Netanyahu’s government based on its policies, not personalities.

Ben-Gvir, a lawmaker known for anti-Palestinian racism and provocative stunts, including waving a gun in public, is the Minister of National Security, a powerful position that puts him in charge of the Israeli police.

The post Jake Sullivan Meets Netanyahu During the Rise of the Far Right in Israel appeared first on Al Jazeera.