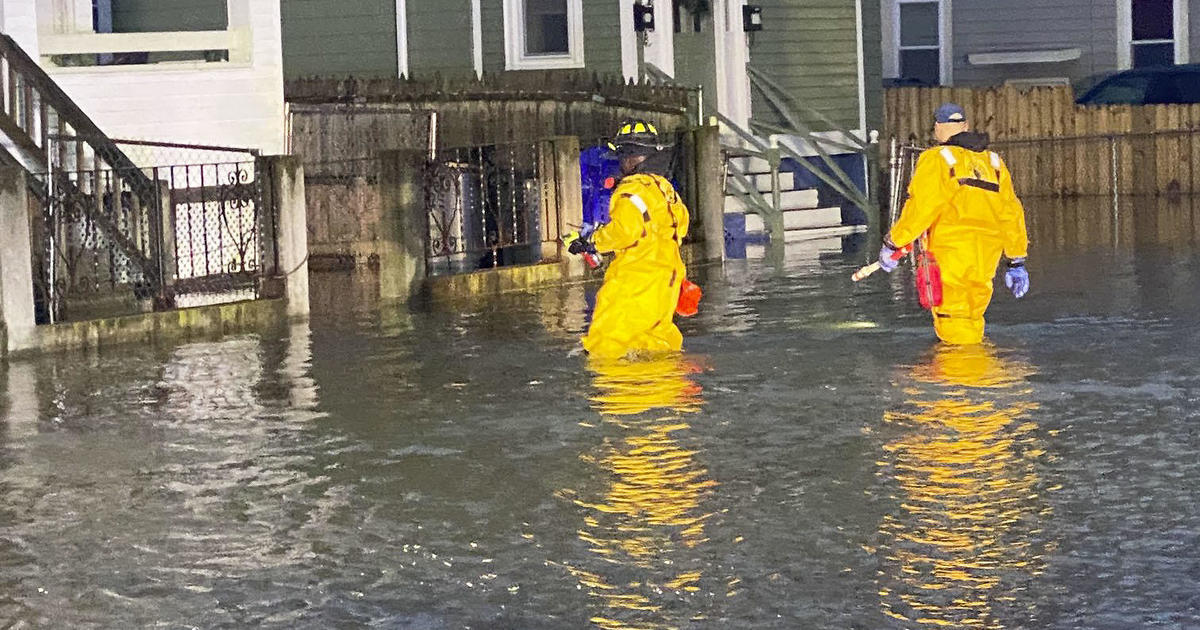 The 36-inch water main on Heath Street broke around 3 a.m., flooding the neighborhood and parts of Waldron and Minden streets.

The Boston Fire Department closed the streets and made the rare move to deploy its flood rescue vehicle because the water had risen so high.

Firefighters donned survival suits to check homes that may need to be evacuated. They also inspected basements for flooding.

The water is shut off in the area.

There is no word yet on the cause of the water main break or whether anyone was injured.

Parts of Heath Street shrank from the rushing water. It is not yet clear how long the area will remain closed to traffic.

The Boston Water and Sewer Commission said crews will be there most of the day to make repairs to the water main. They expect the water pressure in the area to be restored soon.