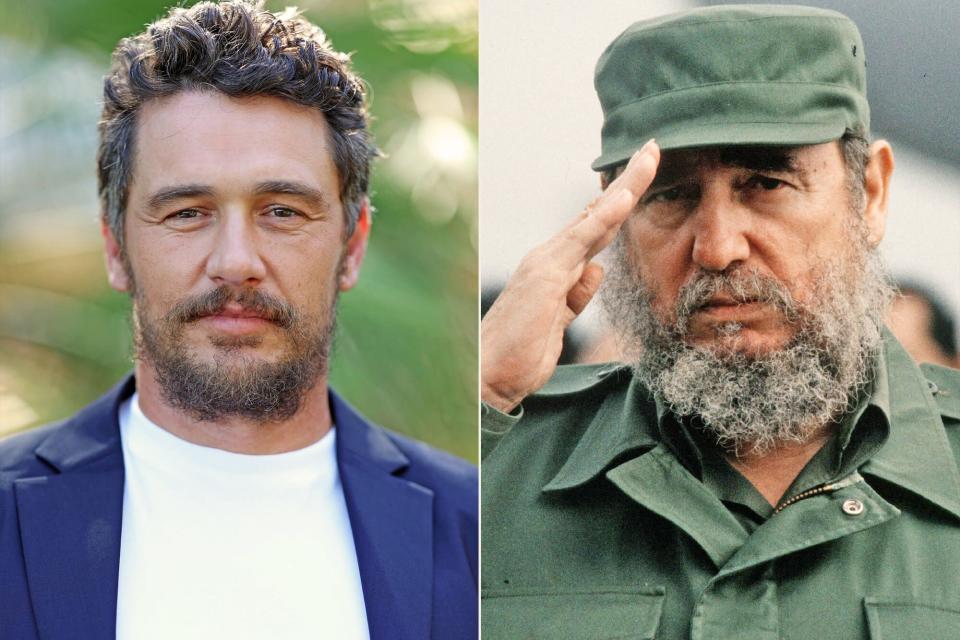 the disaster artist actor is cast to play Cuban leader in director Miguel Bardem’s Alina from Cuba, EW has confirmed. He joins the previously announced Ana Villafañe, who plays the titular character Alina Fernandez. Mía Maestro is also in the film as Fernandez’ mother Natalia “Naty” Revuelta, the Cuban socialite who gave birth to her after an affair with Castro.

Jose Rivera (The motorcycle diaries) and Nilo Cruz are writing the screenplay for the biopic, which, as the name suggests, tells the true story of Alina Fernandez, Castro’s exiled daughter. Revuelta first told her daughter that Castro was her father when she was 10 years old. Fernandez would become a vocal critic of his government in Cuba before eventually fleeing the country and defecting to Spain in 1993.

Fernandez now serves as a creative and biographical advisor on the film set and has reportedly given her blessing to Franco’s casting.

To bring Fidel Castro’s character to life, he teams up with James Franco on his long-term makeup collaborator Nana Fischer (Golden Globe winner, the disaster artist) and dialect coach Jessica Drake (the batter, Bohemian Rhapsody), which he took,” Martinez O’Felan told EW in an email.

Alina from Cuba marks the second casting announcement for Franco in recent weeks. Last month it was announced that the Oscar nominee would be returning to the big screen with a role in Bille August’s coming-of-age period drama, Me you four years after he quit acting after facing allegations of sexual misconduct.