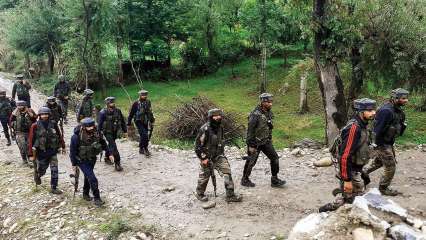 Three unidentified terrorists were killed Thursday in an ongoing encounter in Shopian district in southern Kashmir, security forces said. “Three unidentified terrorists were killed during the meeting with Shopian. The operation is ongoing,” police said. Two armymen were also injured during the meeting at Jan Mohalla in the town of Shopian.

A police official said two army soldiers were injured in an ongoing operation and were taken to hospital for treatment.

The shooting began Thursday afternoon after a joint team of Jammu and Kashmir police and security forces launched a search operation based on specific information on the presence of terrorists.