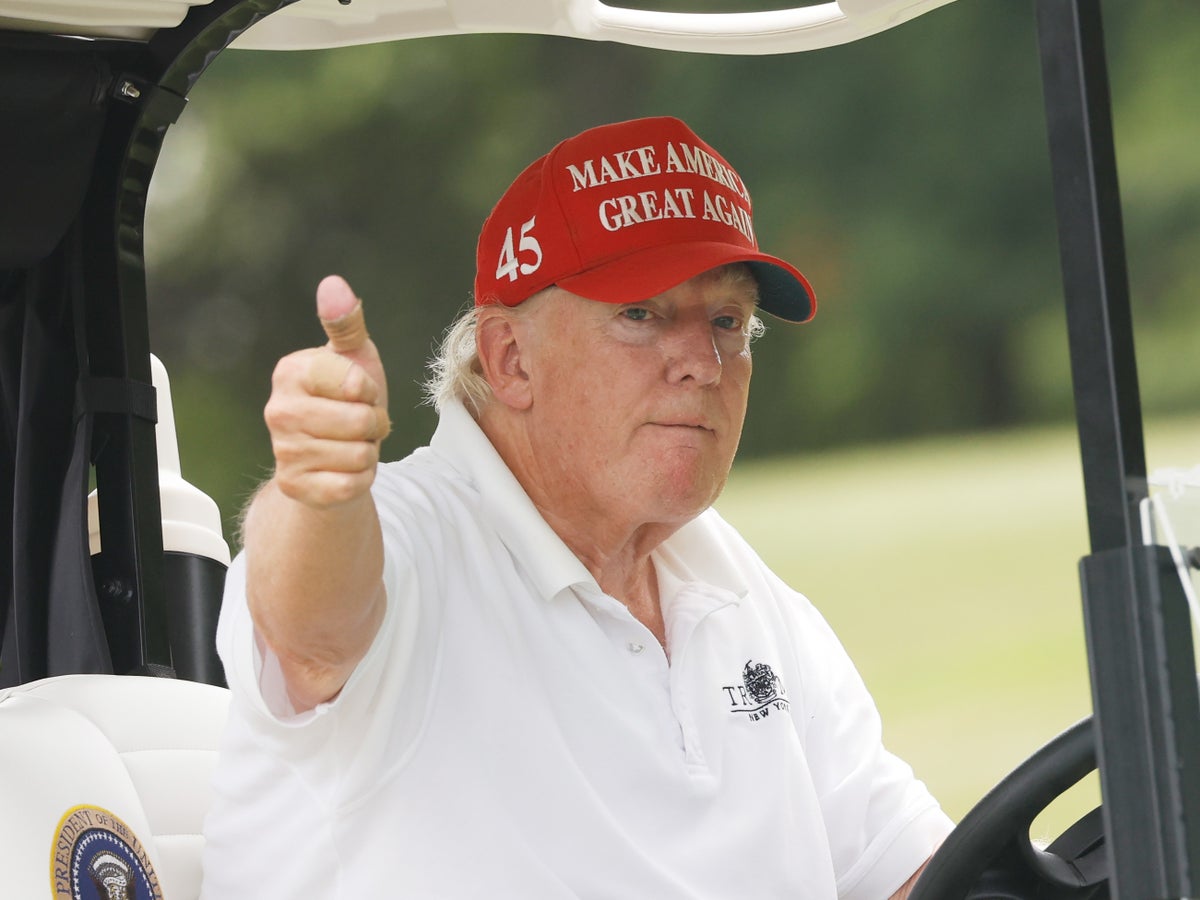 Donald Trump has launched a wide-ranging campaign against proposed reforms to the Electoral Count Act, claiming the attempt to make it more specific is evidence that Mike Pence did indeed have room to remove the certification of electoral college votes on Jan. 6, 2021. to throw.

“Senators are now coming together to reform election law so that a vice president can no longer do what EVERYONE, except certain conservative legal scholars, said shouldn’t be done. So they all lied,” he wrote, adding that Mr. Pence “could have sent fraudulent votes back to state legislators in his opinion.”

Mr Trump is also celebrating several victories for his chosen candidates in the primaries held last night. Blake Masters has won the Republican nomination for the Arizona Senate race. His elected governor candidate in the state, Kari Lake, leads her main opponent by a narrow margin as the vote count continues.

Meanwhile, CNN reports that former White House deputy counsel Patrick Philbin has been subpoenaed in the Jan. 6 federal criminal investigation being conducted by the Department of Justice.

The Justice Department filed suit against Peter Navarro on Wednesday, alleging that the former adviser to Donald Trump used an unofficial email account while working at the White House and falsely stored presidential records.

The lawsuit in federal court in Washington alleges that Navarro used at least one “unofficial” email account — a ProtonMail account — to send and receive emails. The legal action comes just weeks after Navarro was charged with criminal charges for refusing to cooperate in a congressional investigation into the January 6, 2021 attack on the Capitol.

The civil case alleges that by using the unofficial email account, Navarro failed to hand over the presidential records to the National Archives and Records Administration.

The Justice Department has filed suit against Peter Navarro, alleging that the former adviser to Donald Trump used an unofficial email account while working at the White House and falsely kept presidential records

Missouri Attorney General Eric Schmitt won the Republican Senate primary on Tuesday after former President Donald Trump simply approved “Eric,” which is also the first name of one of his opponents.

Mr Trump refused to put his support behind a specific candidate in the race and announced his support for “Eric” on Monday, after which both candidates celebrated his approval.

The US Department of Justice has indicted five people for making threats of violence against election workers amid a mounting wave of intimidation and intimidation linked to the 2020 presidential election, a top official told US senators on Wednesday.

Assistant Attorney General Kenneth Polite said one indictment so far has led to a conviction through a task force launched last year as reports of threats against election officials, employees and volunteers raised concerns for the safety and security of future elections.

In total, the department investigated more than 1,000 harassing and threatening messages addressed to election officials. About 100 of these have risen to the level of possible persecution. Polite estimated that at least three more people have been charged with such threats at the state level.

Joe Arpaio, the 90-year-old former Phoenix subway sheriff who was impeached in 2016 by voters frustrated by his headline-grabbing tactics and legal troubles, has narrowed his opponent’s lead in the race for mayor of the affluent suburb where he has lived. over two decades.

But the former Maricopa County Republican sheriff, who has lasted six terms in office, was left behind on Wednesday in his bid to oust Ginny Dickey, a Democrat who served her second term as mayor of Fountain Hills on the fringe of the Phoenix metropolitan area.

Michigan Republicans Refuse to Give in After Brutal Primary Losses

Two far-right candidates running for office in Michigan are pulling pages from Donald Trump’s script and clamoring for fraud after suffering defeats in their respective primary on Tuesday.

Their actions could be a sign of a new normal emerging for Republicans: the outright refusal to admit defeat, even in races against fellow Republicans.

Michigan Republicans Refuse to Give in After Brutal Primary Losses

The president’s directive — his second to bolster federal support for reproductive health care after the U.S. Supreme Court struck down the constitutional right to abortion — arrives as anti-abortion lawmakers impose severe restrictions on care in the wake of the ruling.

His last order on Aug. 3 instructs U.S. Secretary of Health and Human Services, Xavier Becerra, to allow states with legal abortion access to use Medicaid waivers to support low-income patients forced to travel for their care.

‘Women’s health and lives are at stake’

The US Senate voted by an overwhelming majority on Wednesday to approve making Finland and Sweden the 31st and 32nd members of the North Atlantic Treaty Organization, just under three months after President Joe Biden recommended that both countries be allowed to join. the 73-year-old defensive alliance.

Andrew Feinberg has the details of Washington, DC.

Finland and Sweden become the 31st and 32nd members of NATO

The chairman of the House’s powerful oversight committee, Representative Carolyn Maloney, said on Tuesday she does not think President Joe Biden will run for a second term in 2024.

During an initial debate for candidates vying for the Democratic Party nomination in New York’s 12th congressional district, Ms. Maloney and other candidates were asked whether Mr. Biden should run for reelection.

She replied: “I don’t believe he is running for re-election”.

US ‘don’t want a crisis’ over Pelosi’s trip to Taiwan, White House says

White House press secretary Karine Jean-Pierre said the United States is not trying to turn President Nancy Pelosi’s visit to Taiwan into a crisis with China.

Ms. Jean-Pierre made the remark during a White House press conference on Wednesday after Ms. Pelosi was the top US government official to visit Taiwan.

Comes when the Speaker of the House visited Taipei.

Votes: All eyes are now on Kyrsten Sinema – from both sides

It turns out it was easy to get Senator Joe Manchin on board for Senate Leader Chuck Schumer.

After Manchin and Schumer announced their agreement on the Inflation Reduction Act, many Democrats on the House and Senate sides either praised the spending bill or at least seemed optimistic about climate change mitigation measures and the cost of prescription drugs. to lower.

The mercurial Manchin is promoting the legislation everywhere he can, even defending it on TBEN News — the same network where he infamously killed Build Back Better last year.

But since the Democrats only have 50 seats, that means they need every senator in their conference plus Vice President Kamala Harris to break a tie. All eyes are now on Kyrsten Sinema, the first Democrat to win an Arizona Senate seat in 30 years.

All eyes are now on Kyrsten Sinema – from both sides

Although they are often mentioned in the same breath, Sinema and Joe Manchin are two very different beasts. Democrats are now working on a strategy with Sinema after meeting with Manchin for a long time, and Republicans have reportedly even tried to convince Sinema to change parties