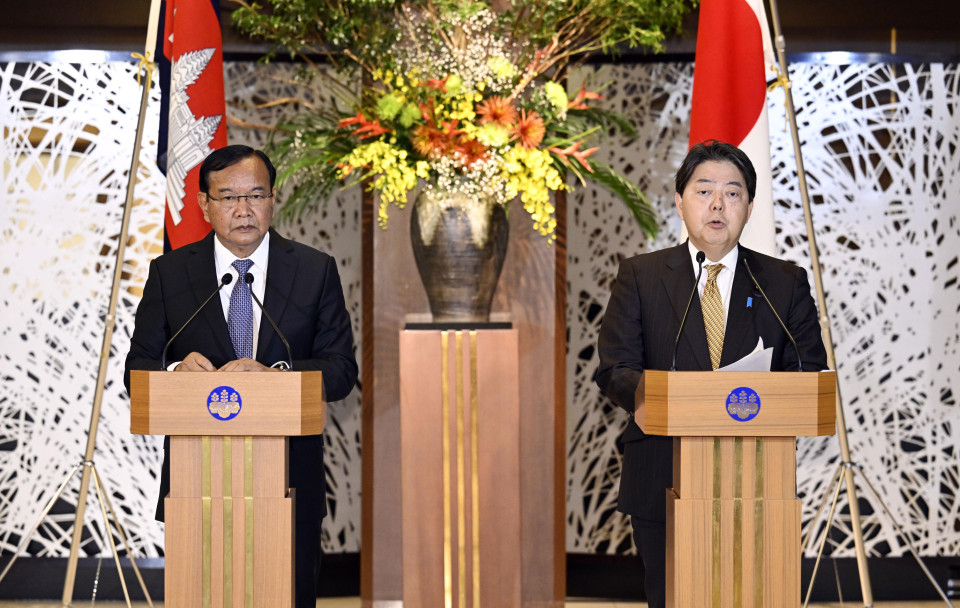 Japanese and Cambodian foreign ministers agreed on Tuesday that their countries will continue to cooperate in supporting the removal of Russian landmines and unexploded bombs from Ukraine amid Moscow’s protracted war in the Eastern European state.

Foreign Minister Yoshimasa Hayashi said after meeting his Cambodian counterpart, Prak Sokhonn, in Tokyo that they also pledged to further promote ties between Japan and Cambodia as this year marks the 70th anniversary of their establishing diplomatic ties.

The two governments announced last week that they had begun training Ukrainian officials to clear landmines laid by Russia, which launched its attack on Ukraine in February.

Japan has contributed to demining efforts in Cambodia, where millions of landmines were reportedly laid during the 1970-1991 civil war in the Southeast Asian country.

“The two nations have established a strong relationship of trust through peacebuilding, reconstruction and development work in Cambodia,” said Hayashi, who welcomed a “further expansion” of areas of cooperation.

The new long-term policy guidelines stipulate that Japan must acquire enemy strike capabilities, in a major shift from its defense-only policy under the pacifist constitution.

The two ministers also exchanged views on North Korea’s nuclear and missile threats and the security situation in the East and South China Seas, where China, according to Hayashi, has stepped up its military activities.