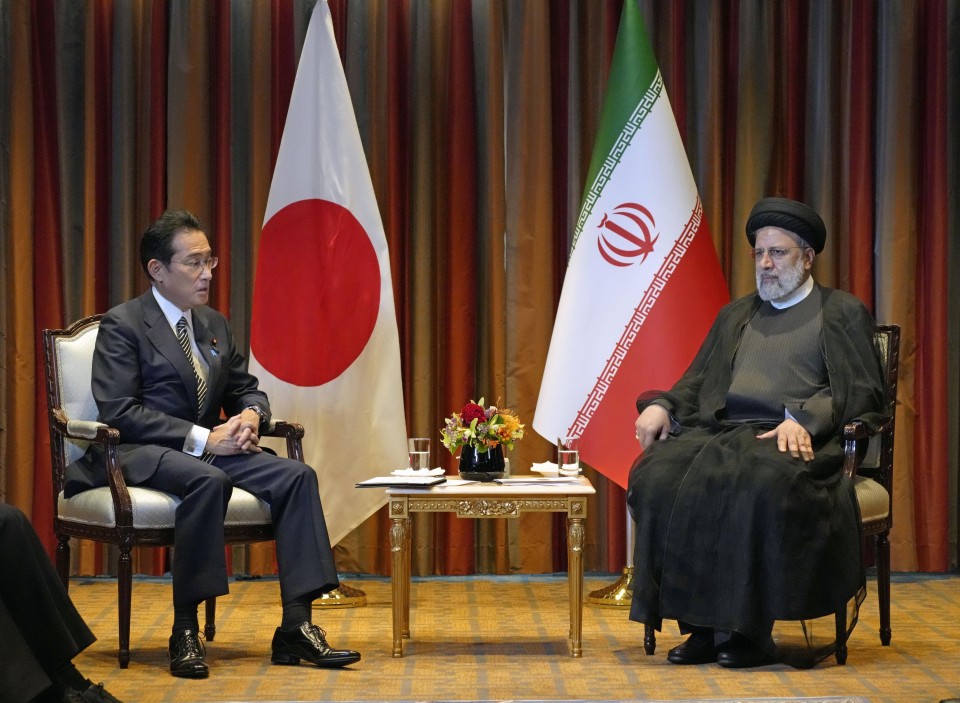 Japanese Prime Minister Fumio Kishida on Wednesday, during his meeting with Iranian President Ebrahim Raisi, reiterated Japan’s support for the 2015 nuclear deal with Iran, as talks continue to salvage the Middle East country’s deal with the major powers. the Japanese government said.

Meeting with Raisi in New York on the fringes of the UN General Assembly’s annual session, they had a “candid” exchange of views with Kishida, saying Japan has “consistently supported” the nuclear deal and hopes Tehran returns to the agreement restricting Iran’s nuclear program in exchange for sanctions relief, Japan’s foreign ministry said.

They agreed to continue to communicate closely on the matter, the ministry added.

Negotiations on the pact, signed between Iran and Britain, China, France, Germany, Russia and the United States, have stalled since Washington withdrew from the pact in 2018, when President Donald Trump criticized the deal as flawed and reimposed sanctions on Tehran.

In return, Iran has violated some of the agreement’s restrictions.

Japan has expressed support for the agreement in hopes of bringing stability to the Middle East, on which it depends for oil imports.

During the talks, Kishida and Raisi pledged to work together to further strengthen the “long-standing friendship” between the two countries, the ministry said.

They also exchanged views on other issues, including the situation in Yemen and other parts of the Middle East, as well as Russia’s war in Ukraine, the ministry said.

Raisi again expressed his condolences to Kishida over the death of former Japanese Prime Minister Shinzo Abe, who was fatally shot during a stump speech in western Japan in July, the ministry added.