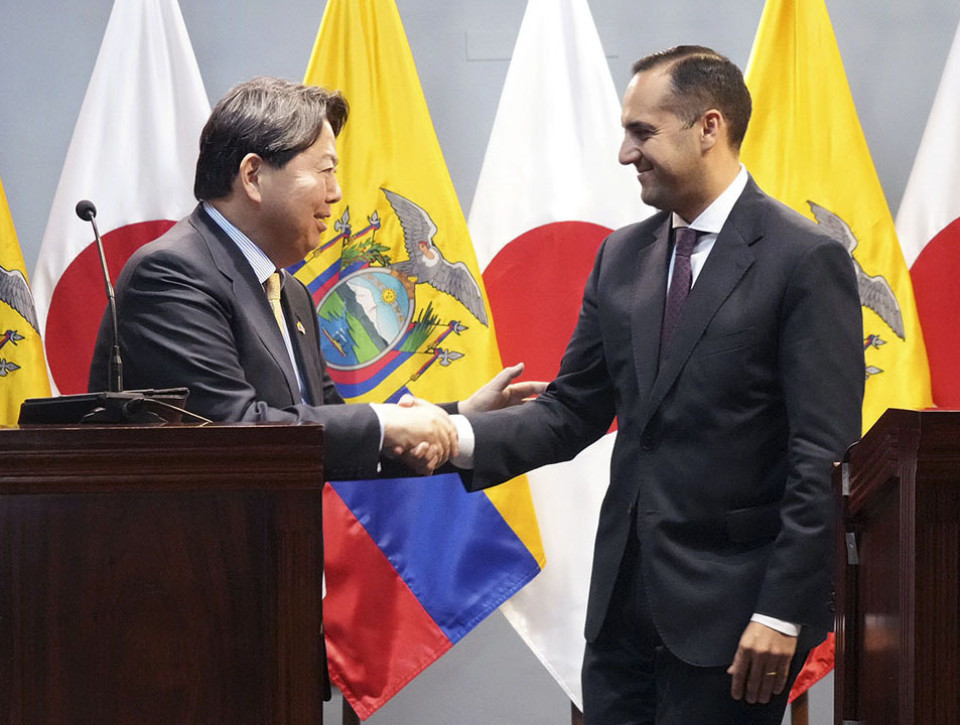 Japan and Ecuador pledged to work closely on Friday to strengthen the UN Security Council as new non-permanent members, the Japanese government said, as the world body struggles to cope with Russia’s invasion of Ukraine.

Foreign Minister Yoshimasa Hayashi and his Ecuadorian counterpart Juan Carlos Holguin also agreed during their meeting in Quito, Ecuador’s capital, to work together to bring about a rules-based, free and open world order, the foreign ministry said. Affairs.

Japan and Ecuador are among five countries to begin two-year terms as new non-permanent members on the council, charged with ensuring international peace and security. Mozambique, Malta and Switzerland are the other new members.

But the world body is seen as dysfunctional in handling those issues, largely because of the veto power of Russia and China, both permanent members of the 15-member council.

“Under the dire international situation, it is important to strengthen the functions of the United Nations, which should be the core of the rule of law,” Hayashi told the ministry.

Holguin said his nation will further strengthen economic relations with Japan by adopting a “free trade and open door policy,” the ministry said.

Earlier on Friday, Hayashi met with Ecuadorian President Guillermo Lasso and discussed cooperation on the situation in Ukraine and East Asia, the ministry said.

Japan and Beyond: Week in Pictures – January 21-27