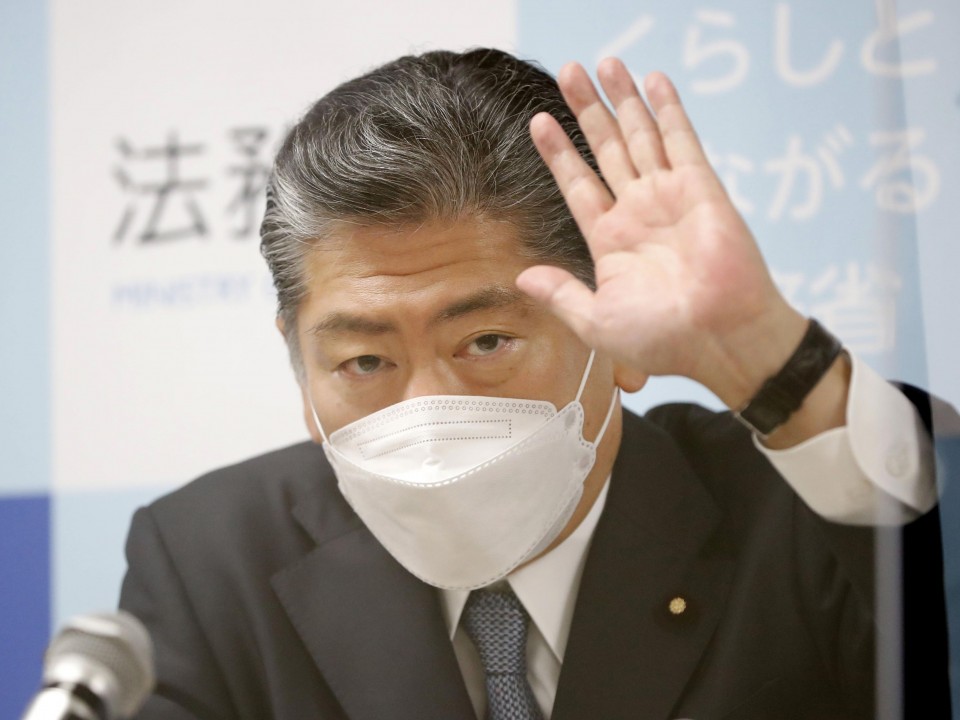 The Japanese government said Friday it will launch a full review of the country’s foreign technical intern program to address issues of human rights violations and insufficient support for interns.

An increasing number of cases of intimidation and abuse of foreign trainees has led to mounting criticism at home and abroad with claims that it is a cover for companies to import cheap labor rather than a program to transfer skills to developing countries.

Justice Minister Yoshihisa Furukawa expressed the need to “make consistent the purpose of the system and the actual functioning of the system” after holding study sessions from February this year to hear the views of experts and foreigner support groups.

Japanese Justice Minister Yoshihisa Furukawa speaks at a press conference at the ministry in Tokyo on July 29, 2022, wearing a face mask amid the coronavirus pandemic. (TBEN) ==TBEN

“This is a system that makes it difficult for interns to create a career path and is structurally prone to human rights violations,” Furukawa told a news conference. “I want to bring this long-standing issue to a historic end.”

The government will set up an expert panel by the end of this year to continue discussions to make specific revisions to the program.

During the study sessions earlier this year, participants were told that the aim of the program was to contribute to the international community through human resource development, but the reality was that foreigners are being used to compensate for a labor shortage. said Furukawa.

The meetings also pointed out that there is a lack of information shared with both trainees and employers prior to the start of the traineeships, resulting in a mismatch between wages paid and skills offered.

Among other issues that have arisen have included interns who have incurred large debts due to the cost of entering Japan, working illegal working hours and not receiving wages.

The meetings also addressed the inadequacy of the existing supervisory organizations acting as mediators between trainees and employers and the government-run Organization for Technical Trainee Training.

Furukawa said he would bring the findings to the expert panel and stressed that the government would set up a system that would benefit both the trainees and corresponding Japanese parties.

Japan introduced the training program for foreigners in 1993, mainly for the agricultural and manufacturing sectors, allowing trainees to work in such workplaces for up to five years.

In 2017, a law came into effect intended to strengthen the surveillance of businesses and farms that accept foreigners working under the government’s apprenticeship program, with a view to reviewing operations five years after enforcement.