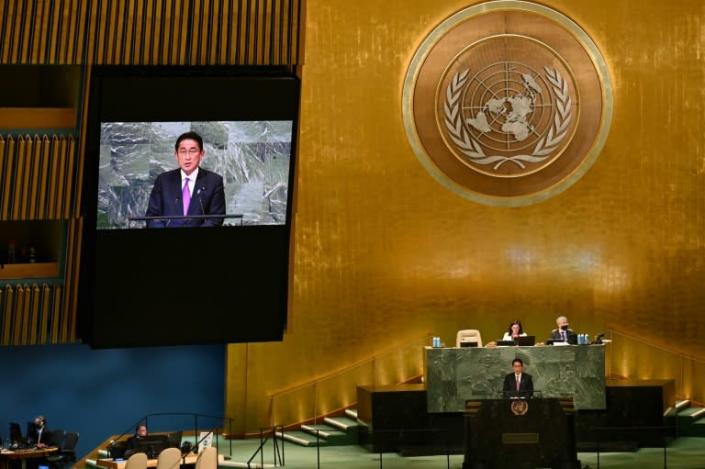 Speaking to the United Nations General Assembly, Kishida said Japan is still standing by the diplomacy expounded two decades ago by former Prime Minister Junichiro Koizumi during his historic visit to Pyongyang.

“Japan is ready to engage in dialogue on matters of mutual interest,” Kishida said.

“I am determined to meet with Chairman Kim Jong Un without conditions and will not miss an opportunity to take action with all my dedication,” he said.

Kim has met three times with former US President Donald Trump to ease tensions but fail to reach a permanent solution to his nuclear program.

Japan is a close ally of the United States, but some in Tokyo were personally uncomfortable with the relief effort to North Korea, a nemesis who kidnapped Japanese civilians in the 1970s and 1980s to train its spies.

The administration of US President Joe Biden has expressed its willingness to engage in work-level diplomacy with North Korea, but has shown little interest in return.