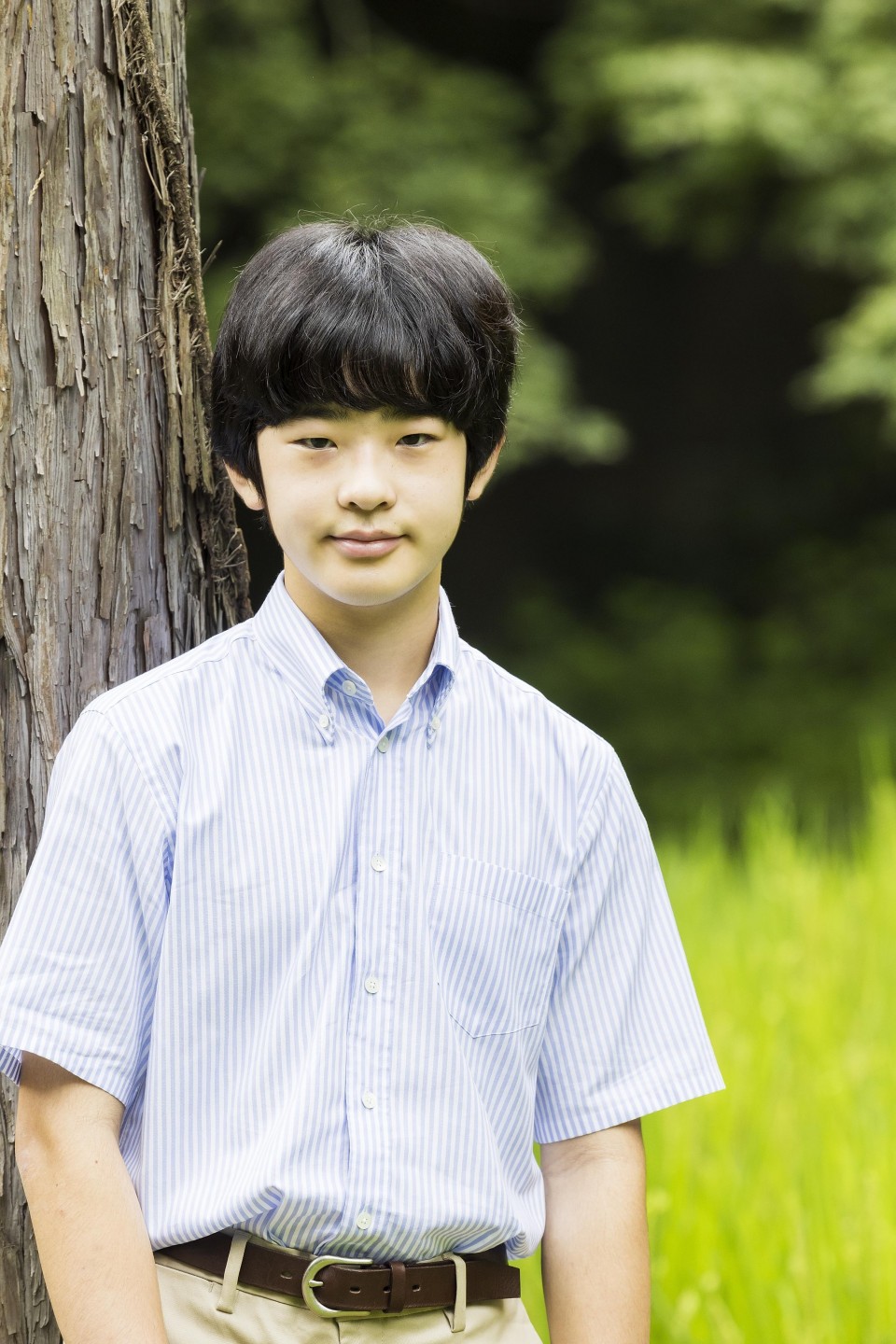 Prince Hisahito, Emperor Naruhito’s nephew and second in line to the Japanese Imperial throne, turned 16 on Tuesday after graduating from high school this spring.

Prince Hisahito, the nephew of Emperor Naruhito and second in line to the Japanese Imperial throne, is pictured at the Akasaka estate in Tokyo on Aug. 7, 2022. (Photo Courtesy of Imperial Household Agency) (TBEN)

He became the first member of the Imperial family in the post-war era to enroll in a high school not affiliated with Gakushuin University, which was founded in the 19th century as a school for aristocrats. Crown Prince Fumihito is known for his liberal education policies for his children.

While the Emperor and former Emperor Akihito spent their high school years receiving education as heirs to the Chrysanthemum Throne, attention has been drawn to the young prince who will spend his years.

Prince Hisahito is still attracted to dragonflies, an interest he acquired during his elementary school years, and is doing related fieldwork on the grounds of Akasaka Estate, where he lives with his family, according to the Imperial Household Agency.

At school he joined the badminton team.

During a three-day school field trip to the resort town of Tateshina, in Nagano prefecture, in late July, the prince practiced mountain orienteering and hiked Mount Tateshina, the agency said.

In the weeks leading up to his high school graduation, the prince collaborated with his classmates on a graduation performance that included a choral concert and a presentation of academic achievements.

Prince Hisahito has two older sisters – former Princess Mako, 30, who married from the Imperial family last year, and Princess Kako, 27 – but they are not heirs to the throne, as the Imperial House Law restricts heirs to men who are paternally related to the emperor.

Since Emperor Naruhito has only one daughter, 20-year-old Princess Aiko, Prince Hisahito is second in line to the throne after his father. The only other heir left is the emperor’s uncle, Prince Hitachi, 86.

The Bharat Express News - September 28, 2022 0
There's a really awful scene where Johnson is plagued by a Covid-induced, monochromatic nightmare in which the women in his life appear as in...