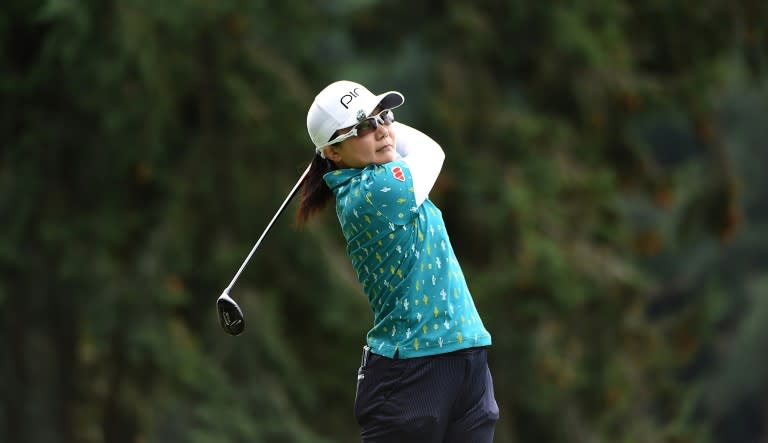 Japan’s Ayako Uehara fired a seven-under par 65 to take a one-stroke lead after the opening round of Thursday’s LPGA Portland Classic.

The 38-year-old veteran was chasing her first LPGA title, making three birdies from the last four holes to top the standings at Columbia Edgewater Country Club in Portland, Oregon.

Uehara, whose most recent of three career victories in Japan came in 2011, has only just returned this month after a lung problem sidelined her for more than a year.

Australia’s 2019 Portland Champion Hannah Green was second at 66, with Japan’s Ayaka Furue and Hinako Shibuno and Americans Nelly Korda and Caroline Inglis at 67.

Uehara saved par on the first two holes after missing the green.

“One and two I did well up and down and that’s so much help,” she said. “I think today’s key is just number one and then number two.”

She birdied on the third, then hit three birdies in a row from the par-5 fifth hole and added another on the ninth.

ALSO READ  Watch: Bryson DeChambeau released a video to prove he can dive under a rope without getting beheaded

After her only bogey on the par-3 13th, Uehara answered with a birdie on the 15th and closed with back-to-back birdies to grab the lead, which she swore won’t change how she plays.

“I just do my game and then focus one by one,” she said.

Green, who took a major title in the 2019 PGA Women’s Championship, bogeyed at the par-3 third but answered with birdies on seven of the next 10 holes.

“I bogeyed on the third when I missed a four-foot putt, but then I made a 20-footer on the next hole,” said Green.

“Just seeing them go in gives you a lot of confidence and knowing what I’ve accomplished here it was a great start.”

She added a birdie at the par-3 16th, but a closing bogey cost her part of the lead. Still, her Portland history has bolstered her all round.