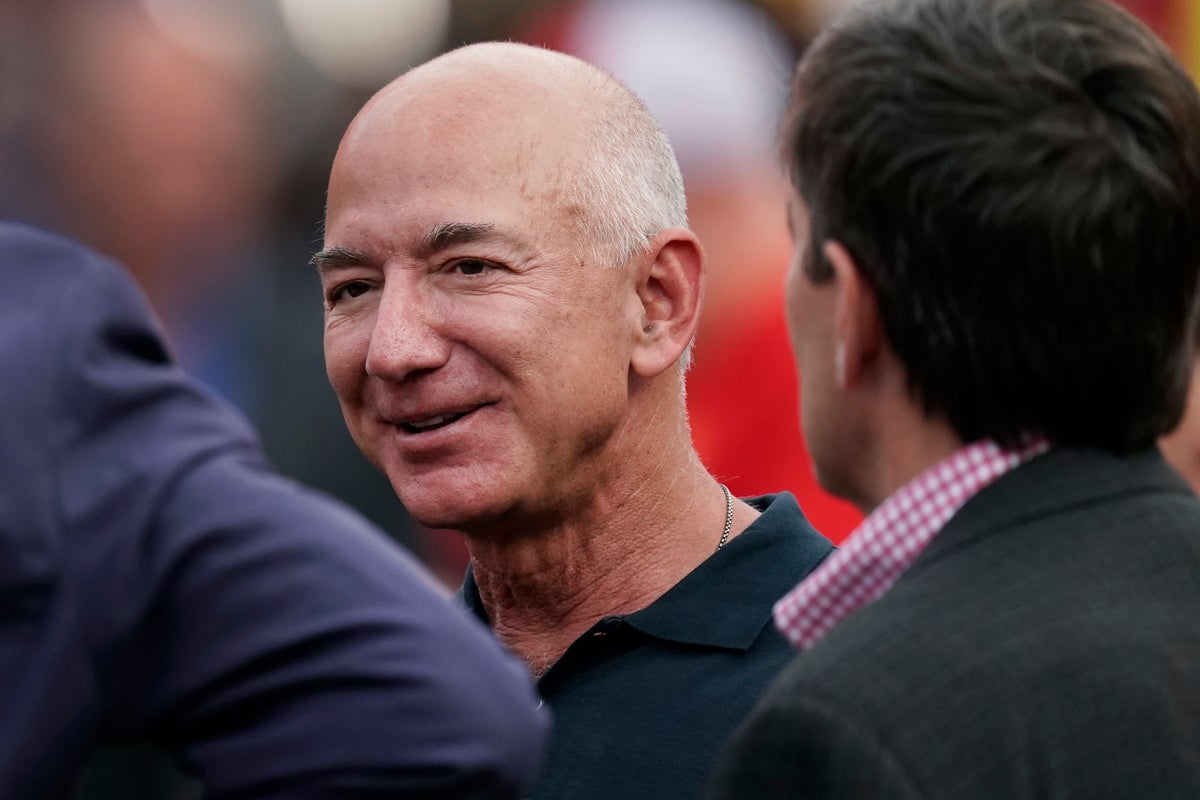 Jeff Bezos has announced plans to give away most of his $124 billion net worth.

Speak with CNN along with his partner, Lauren Sánchez, the Amazon founder said they are “building the capacity to be able to give this money away.”

As the fourth richest person in the world, Bezos explained that the difficulty is knowing how to donate his money in the most valuable way.

“The hardest part is figuring out how to do it in a lever-like way,” he said.

“It’s not easy. Building Amazon wasn’t easy. It took a lot of hard work, a bunch of very smart teammates, hard-working teammates, and I find – and I think Lauren thinks the same – that charity, philanthropy, are very similar .”

He added: “There are a number of ways I think you can also do ineffective things,” he added. “So you have to think about it carefully and you have to have brilliant people on the team.”

Bezos has already pledged to donate $10 billion over 10 years to the Bezos Earth Fund, which aims, among other things, to reduce the carbon footprint of construction-grade cement.

The announcement comes shortly after Bezos and Sánchez revealed they would be giving Dolly Parton a $100 million grant as part of her Courage and Civility Award, which Parton is expected to donate to charities of her choice.

“And all she wants to do is bring light to other people’s worlds. And so we couldn’t think of anyone better than to give this award to Dolly, and we know she’s going to do great things with it.”