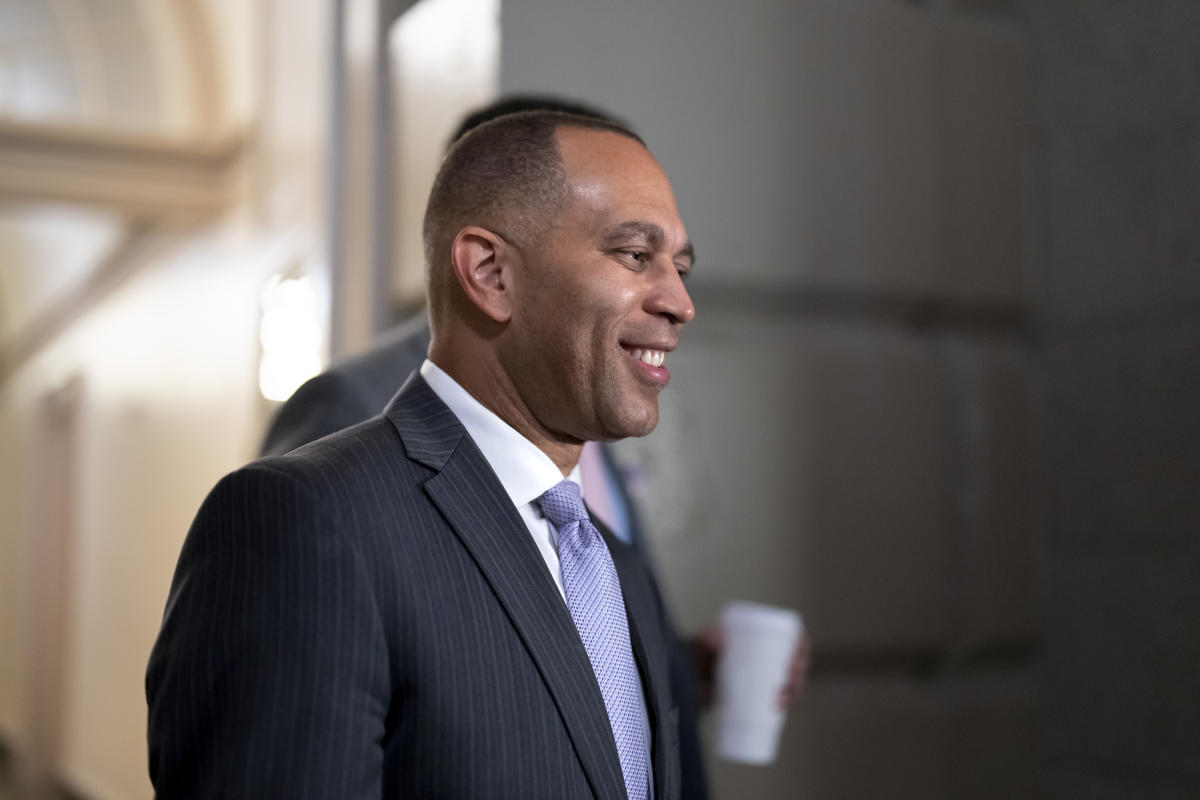 Rep. Hakeem Jeffries (DN.Y), widely expected to lead his caucus in the next Congress, said Sunday it was an honor to follow the previous generation of top Democrats.

“It’s an honor to stand on the shoulders of such an extraordinary group of leaders: Jim Clyburn, Steny Hoyer and, of course, Nancy Pelosi,” Jeffries said on CNN’s “State of the Union,” referring to the outgoing majority of the House. House Majority Leader and Speaker of the House, respectively.

The trio of octogenarians announced last week that they intend to leave the top positions, paving the way for a generational change in party leadership. Jeffries announced his plans to run for Democratic leader of the House on Friday, and was running unopposed as of Sunday.

Jeffries said while outsiders “need to create this frame of disarrayed Democrats,” his party was able to come together on crucial policy decisions.

And he had no shortage of praise for Pelosi, who has had two stints as a speaker and was the first woman to serve in the role.

“A historic speaker, a legendary leader, someone who left an incredible footprint forever,” he said of the departing speaker.