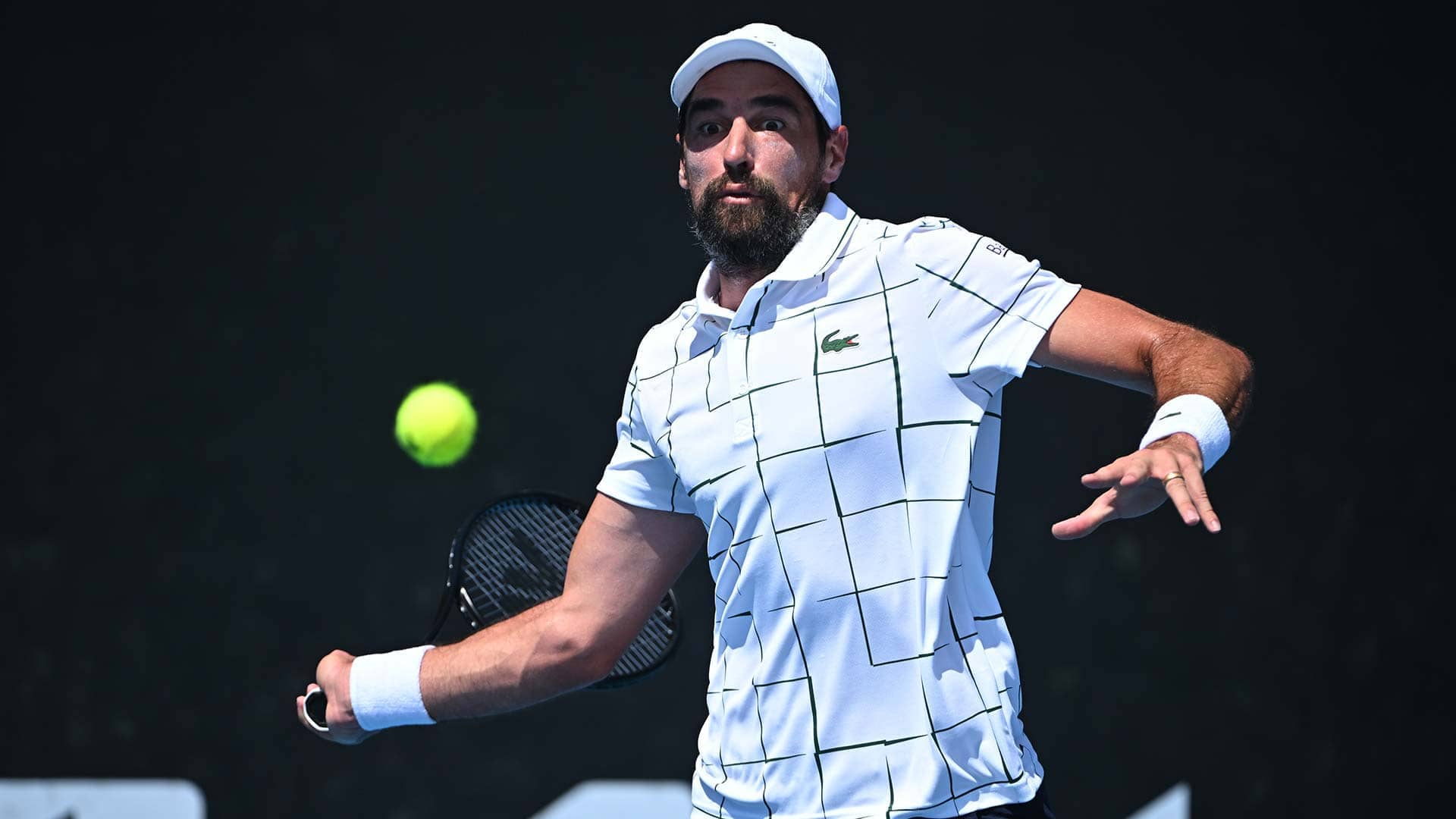 Jeremy Chardy and Fabrice Martin reached their first Grand Slam semifinal as a team on Tuesday as they upset third seed Marcelo Arevalo and Jean-Julien Rojer 6-3, 2-6, 7-6(4) at the Australian Open.

The French had not lost a set en route to the quarter-finals and played with confidence against the 2022 Roland Garros champions, shooting in the big moments as they reversed three of their four break point chances to go through after an hour and 58 minutes.

Chardy and Martin make their fourth appearance as a team in Melbourne, with a best result for the year of a third round in 2018.

Their opponents in the semifinals are Hugo Nys and Jan Zielinski, who defeated the French Benjamin Bonzi and Arthur Rinderknech 6-1, 6-4 earlier on Tuesday.

The Monegasque-Polish duo used an early break to dominate both sets, and they maintained their advantage by saving all three break points against them.

It was the first straight sets win of the tournament for Nys and Zielinksi, who fought back from a set down to win each of their first three matches. The team knocked out two seed en route to the semifinals, including second seed Rajeev Ram and Joe Salisbury in the third round.