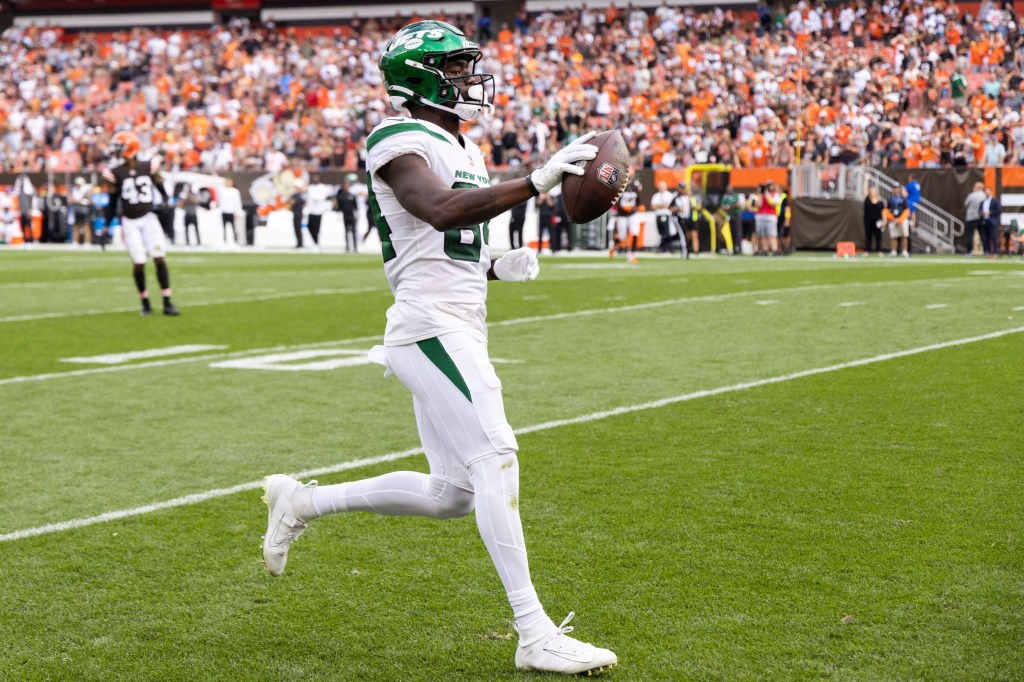 The Jets saw their lead receiver added to the injury report on Thursday, with a huge showdown looming against the desperate AFC champ Bengals.

Corey Davis has been added to the practice report with a knee injury after not being on the injury report on Wednesday.

The 6-foot-3, 209-pounder was in the locker room after practice and showed no outward signs of injury, so that bodes well for Sunday against Cincinnati. But head coach Robert Saleh won’t address reporters until Friday, so clarity may have to wait until then.

Still, any injury to Davis is a cause for concern, both because of its history and importance. He missed eight games and suffered a late-season injury last December. Davis had 34 catches for 492 yards and four touchdowns.

This season, Davis has eight catches for a team-high 160 yards — including the huge 66-yard score in the come-from-behind win over Cleveland.

“He’s a great leader for us,” receivers coach Miles Austin said of Davis. “Not only does he do those things in the pass game, but he also gets dirty there in the run game for us. He sets the example for the guys. He’s always on his details. And he’s just a fun to work with and he’s a really great veteran to have in this room full of young guys.” And he has aspirations for himself and goals that he’s trying to set and he’s working his way to get there. And we don’t put anything above all else, we just take it day by day and work every day and we’ll see what happens when it’s all said and done.

Left tackle George Fant (knee) and defensive end John Franklin-Myers (toe/quad) both returned to practice. Fant has been struggling with knee problems since the end of last season.

Tight end CJ Uzomah – who missed Sunday’s win due to hamstring problems – was limited in practice for the second straight day.

In last season’s win over the Bengals, running back Michael Carter not only rushed for 77 yards and a score, but added a team-high nine catches for 95 yards.

“I’m just doing my job. I grind it. They know when I get the ball, you know something good is going to happen,” Carter told The Post. “They trust me. I don’t worry about when I get the ball, how many times. I know I’m blessed I’m in a position to be where I’m going to get it. I have to take my chance.”

Statue of Harry Truman Unveiled, Dedicated in US Capitol Roundabout