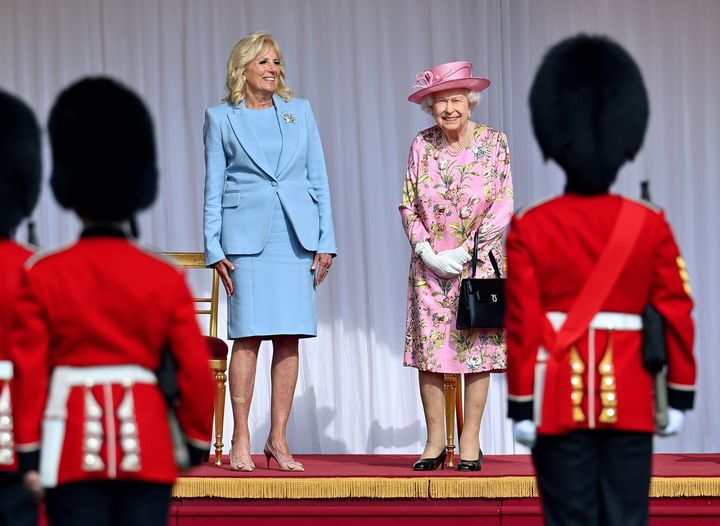 The Queen had invited both the First Lady and President Joe Biden to visit Windsor Castle in June 2021 after the Group of 7 leaders summit in Cornwall, England. The three spent nearly an hour together.

Without revealing the contents of their conversations that day, Jill Biden told NBC’s “Today” show that the Queen wanted to talk about her late husband, who died in April 2021 at the age of 99.

“What I loved about her was that she was really independent,” she said. “We went into her living room and they said to us, ‘Don’t talk about family.’ So we went upstairs and the first thing she starts with is family. So Prince Philip recently passed away and I think, you know, she knows Joe. I think she just wanted to talk about her husband.”

In a TODAY exclusive, @SheinelleJones sat down with First Lady Dr. Jill Biden.

She spoke about her teacher-oriented initiatives, remembers Queen Elizabeth II and more.

“What I loved about her was that she was really independent,” said Dr. Jill Biden of the Queen. pic.twitter.com/IsOqJoaa4L

The Queen and Prince Philip were married for more than 70 years.

“She poured tea and Joe and I said, ‘Oh, let’s help you.’ “No,” you know. “You sit there and I’ll get the tea,” Biden said. ‘And then she was so curious. She wanted to know all about American politics, what was happening. So she put us at ease.”

Jill Biden added that the Queen gave Elizabeth an example of “firm leadership” that people came to admire about her.

“She was very strong and I think she was stable. And I think people really appreciate steadfast leadership,” she said. “And she also had, you know, such grace and such dignity and I think that’s what people will really remember about her.”

Both Jill and Joe Biden issued lengthy statements after Buckingham Palace announced her death on Thursday, calling her “more than a monarch.”

“She helped make our relationship special…she charmed us with her humor, moved us with her kindness and generously shared her wisdom with us,” they wrote.

Joe Biden was the 13th American president to meet the Queen during her 70 years on the throne.

The President and First Lady will both attend the Queen’s funeral on September 19. According to Reuters, the couple will leave for London on Saturday.