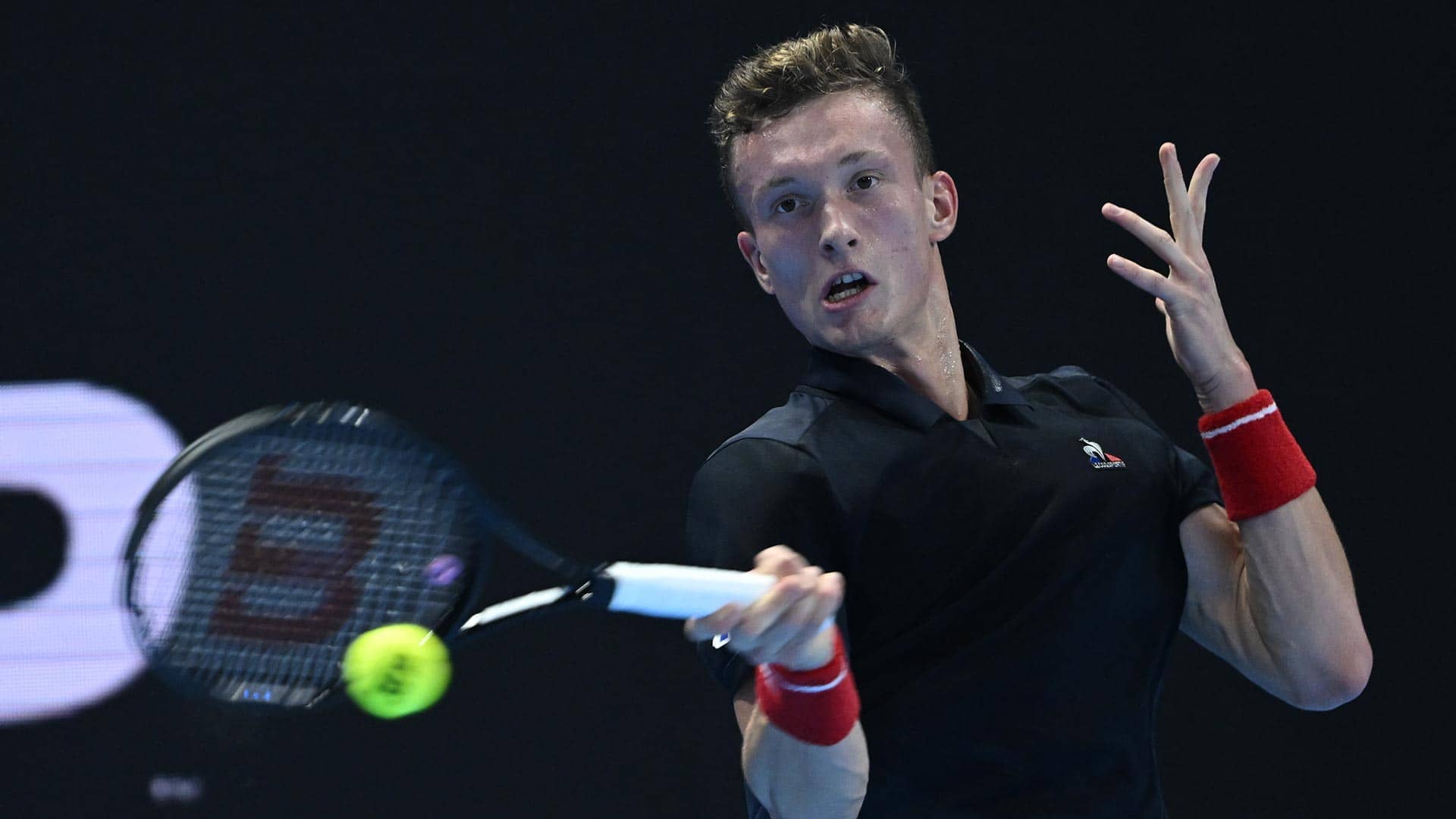 Jiri Lehecka took the biggest win of his season on Friday when he passed Swiss lefty Dominic Stricker 4-1, 4-3(4), 2-4, 4-1 to reach the championship game at the Intesa Sanpaolo Next Gen ATP Finals in Milan.

The 21-year-old, who went 2-1 on the round-robin stage, produced a stunning shotmaking display at the Allianz Cloud, timing his bases perfectly to pull Stricker around.

“Today I think everything went the way I wanted,” Lehecka said. “My team and I talked about this game yesterday and today and the plan was to just relax on the pitch and enjoy it as much as possible. Dominic played incredibly here, so I’m very happy with my win.”

The Czech fired 21 winners and stepped inside the baseline at every opportunity, effectively closing the net to efficiently win points throughout the 82-minute clash. With the coaching rule during the match, Lehecka was in regular contact with Michal Navratil, who helped him lead his attack to victory.

Lehecka will face third-seeded Briton Jack Draper or fourth-seeded American Brandon Nakashima in the final on Saturday night. The fifth seed played against Nakashima during the round-robin stage, falling in straight sets.

The Czech started the season at number 141 in the Pepperstone ATP ranking. However, he competes in Milan at number 74 after a breakthrough year in which he reached the semi-finals in Rotterdam and won an ATP Challenger Tour trophy in Liberec.

Stricker has had five Top 40 wins this season, including a win against Lorenzo Musetti, the world number 23, in Milan. The 20-year-old, who won two ATP Challenger Tour titles this year, shot through the Red Group to set a perfect 3-0 record.